This week, the Knoxville (TN) Police Department announced it would remove a plaque quoting Romans 8:31 that was hanging in a hallway. It had been up there for a long time, but tradition doesn’t override the law, and this was clearly an endorsement of Christianity.

Even though the police chief admitted the case law was on the side of the East Tennessee chapter of the Freedom From Religion Foundation, the city’s attorney said they were avoiding a court battle only as a financial decision. That’s what Knoxville Mayor Madeline Rogero said as well.

It was just spin. But at least the result was the removal of a Christian sign. (By the way, it’s not even leaving the building! It’s literally going on the other side of a door among several other inspirational quotations so that it’s not some clear endorsement of faith.)

Now, Knox County Mayor Tim Burchett is weighing in by saying atheists shouldn’t be complaining about this at all:

“Mayor Rogero is my friend, but I would fight this one. I wouldn’t yield to extortionists,” he said. “Ultimately, I have to answer to God not some outfit from out of town who make their living just suing people …

“What I don’t understand is with atheists if they don’t believe in God, what do they care? It just doesn’t make much sense to me,” he said.

There’s no extortion here. Even if you think this was a money grab by atheists — which it’s not — it wouldn’t work if the plaque was legal!

And these people weren’t from “out of town.” The FFRF chapter is in Knoxville!

Burchett may not understand why atheists speak up about this sort of thing, but if there was a plaque calling on people to worship Allah in a government building, he would want it taken down too. His ignorance isn’t a reason everyone else should ignore the law.

Pastor and Crown College President Clarence Sexton also weighed in on the issue in a video. It wasn’t any better than what Burchett said.

… someone from another religion — a religion of Secularism and Humanism — that believes in the autonomy of man and the fact that the rule of man should violate our constitutional right as Christians to express our faith. Because if you just keep caving in and caving in, then where does this anarchy end?!

And so, yes, our congregation protests this. Our college protests this. Because it is our right — our constitutional right — to have the freedom to express our faith… but it is a religion, this secular atheistic group.

It’s not “anarchy.” The atheists calling for the removal of the plaque are literally people who want the county to obey the Constitution.

And I fail to see how the removal of a Bible plaque in a police department prevents Christians from expressing their faith. They can put that plaque damn near anywhere else they want to. They’re just angry that they’re not getting everything they want all the time. 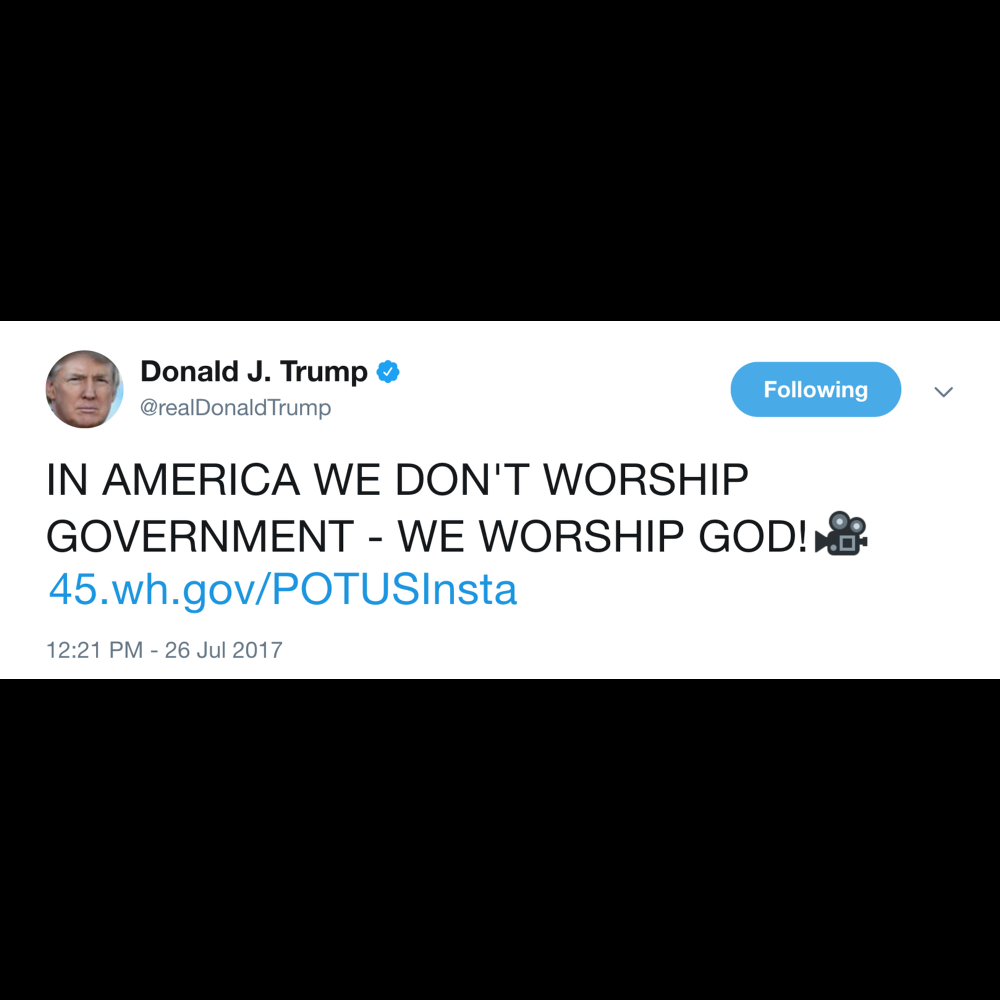