By Claiming “We Worship God,” Trump Proves He Doesn’t Know This Country At All July 26, 2017 Hemant Mehta

By Claiming “We Worship God,” Trump Proves He Doesn’t Know This Country At All

Just hours after Donald Trump tweeted out his ban on transgender people serving in our military, he’s issued another statement reminding everyone that “we worship God,” not government. 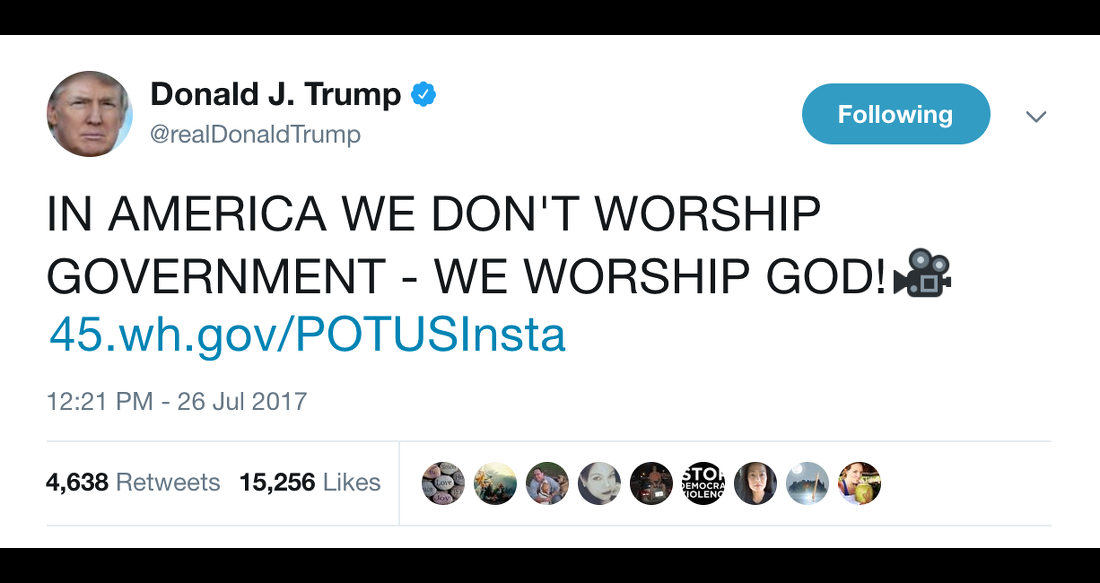 1) Who is this “we” he speaks of? The fastest growing religious group in America is People Without Religion. I know he only cares about his conservative Christian base, but that group is shrinking as a percentage of the country as a whole. With each passing year, the phrase “we worship God” moves further from the truth.

2) It’s not enough for Trump that we worship God. Trump wants everyone to worship his God. Or at least the God he panders to. Religion, for him, is only useful as a political tool. Which is to say he’s the one putting government over God.

3) Is Trump even referring to himself here? He’s been frequently criticized for not knowing anything about Christianity. He sure as hell doesn’t act like Jesus. Hell, he may be the most religiously apathetic President we’ve ever had. Doing the Religious Right’s bidding does not automatically make you a man of faith.

4) Our country was founded on religious freedom — including the freedom not to be religious at all — not on universal worship of the same God. I know he’s busy golfing, but it would be nice if the President at least skimmed the First Amendment.

6) Does Trump even believe any of this? We’ve seen how he treats people who “worship God” if they happen to belong to a different religion.

7) I’m thoroughly amused by how the URL for his Instagram video includes the letters “SIN.” 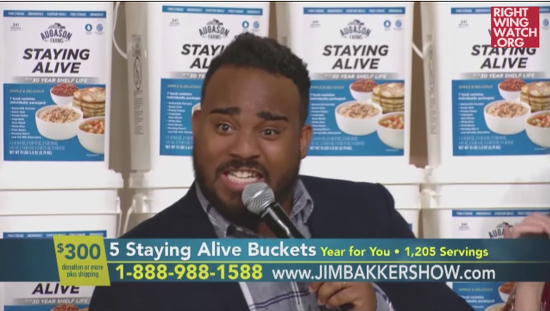 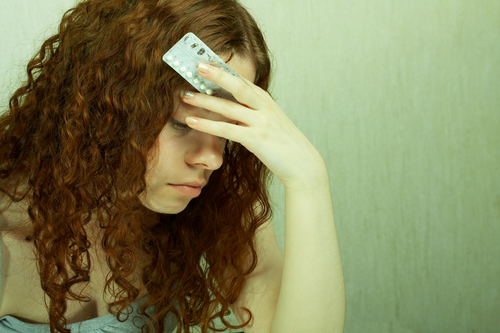 July 26, 2017 Abortion "Reversals" May Work, But Supporters Are Ignoring the Underlying Issues
Browse Our Archives
What Are Your Thoughts?leave a comment