KPFA’s Reasons for Canceling a Richard Dawkins Event Are Worse Than We Thought July 24, 2017 Hemant Mehta

A few days ago, “progressive” radio station KPFA in Berkeley (California) canceled a previously scheduled event with Richard Dawkins because of his supposed “hurtful” and “abusive” speech toward Islam. Dawkins was going to talk about his new book called Science in the Soul, but once the radio station heard about his history, they pulled the plug on the reading.

The station was vague at the time about what exactly they were referring to, but now we know which comments by Dawkins led them to cancel the event.

According to the station’s own reporting of the controversy, which I can’t embed here, Dawkins (whom one critic says is an “Islamophobe”) once said on Twitter that “Islam is the greatest force for evil in the world today.”

The station also refers to an article in The Telegraph in which Dawkins is quoted as saying “the most evil religion in the world has to be Islam.”

Just to be clear, when Dawkins says things like this, he’s referring to repeated acts of terrorism in the name of Islam, female genital mutilation, gay people being thrown off of buildings, the suppression of education in Muslim-majority nations (especially for women), the death penalty for apostates, people fearing for their lives because they dared to draw Muhammad, the victims of the Charlie Hebdo massacre, and the censorship of even mild criticisms of Islam. I know that because he says it all the damn time.

He also says very clearly — to anyone willing to listen — that he fully supports the rights of Muslims to believe as they wish and that it’s moderate Muslims who are frequently the victims of the extremists.

Just take that line from the Telegraph for a moment, the one about Islam being the “most evil religion in the world.” Here’s what Dawkins said in context.

“If you look at the actual impact that different religions have on the world it’s quite apparent that at present the most evil religion in the world has to be Islam.

“It’s terribly important to modify that because of course that doesn’t mean all Muslims are evil, very far from it. Individual Muslims suffer more from Islam than anyone else.

“They suffer from the homophobia, the misogyny, the joylessness which is preached by extreme Islam, Isis and the Iranian regime.

“So it is a major evil in the world, we do have to combat it, but we don’t do what Trump did and say all Muslims should be shut out of the country. That’s draconian, that’s illiberal, inhumane and wicked. I am against Islam not least because of the unpleasant effects it has on the lives of Muslims.”

Let me repeat that last part because KPFA sure as shit didn’t include it in their reporting.

… we don’t do what Trump did and say all Muslims should be shut out of the country. That’s draconian, that’s illiberal, inhumane and wicked. I am against Islam not least because of the unpleasant effects it has on the lives of Muslims.

How much more clear can Dawkins be that he thinks Islam, as an influential religion, inspires more evil in its name than any other force in the world, while freely admitting that most Muslims (certainly in the U.S. and Europe) condemn the awful acts done in the name of their faith and are often the victims of it?

What KPFA did by canceling Dawkins’ event wasn’t about free speech. It’s not about censorship. The station isn’t the government, the staffers there are welcome to sponsor or not sponsor whatever they want, and Dawkins can always schedule another event in the same city. No laws are being broken by KPFA’s de-platforming of Dawkins.

But as a matter of principle, it’s clear that KPFA’s General Manager Quincy McCoy, who goes out of his way in that news report to say he supports “free speech,” doesn’t care to hear ideas about Islam that may be controversial, especially when taken out of context.

Here’s a question I would love to hear answered by KPFA and the anti-Dawkins people they spoke to: What criticism of Islam would be acceptable?

As far as I can tell, they refuse to hear any of it. If you talk about Islam, it must be in glowing terms, and there can be no discussion of any possible link between the religion itself and the terrorist acts done in the name of that religion.

We all just have to look the other way.

Dawkins was right to point out in his open letter that he’s never been de-platformed for his criticism of Christianity and that Islam is just getting a free pass.

If KPFA and other so-called progressives think he’s wrong, they should hear him out and respond in kind. Refusing to hear what he has to say — especially in this situation, when he was going to talk about the beauty of science, for goodness’ sake — is the coward’s way out.

As someone who has criticized Dawkins many times when I felt it was justified, I’m not saying he’s always as eloquent as he should be on controversial topics. There are times he deserves to be called out for things he says. I could even understand someone making the argument that his criticism of Islam goes too far, or that he’s unfairly treating extremist interpretations of Islam as if they’re legitimate. That’s a debate we could have.

But to pretend he’s an “Islamophobe” for pointing out that people do awful things in the name of Islam and that Islamic beliefs may have something to do with that? You don’t have to be a Trump supporter to admit that Dawkins has a point. 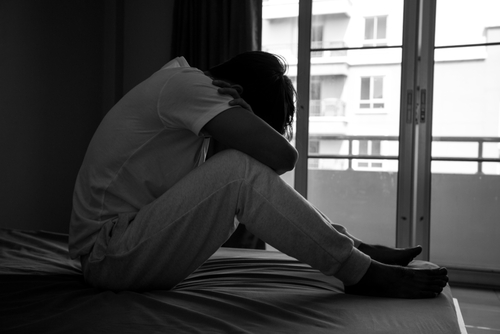 July 24, 2017
NC Church Accused of Bringing in Brazilian Worshipers to Use as Slaves
Next Post 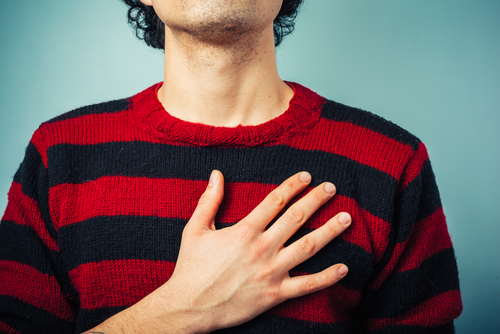 July 24, 2017 Teacher Reprimanded After Telling Students That Saying the Pledge is Optional
Browse Our Archives
What Are Your Thoughts?leave a comment