The Communist Party of China, the nation’s governing party, says its members must give up religious beliefs and “be firm Marxist atheists.”

Wang Zuoan, the director of the State Administration for Religious Affairs, wrote on Saturday that religious members should give up their faith in order to preserve party unity. 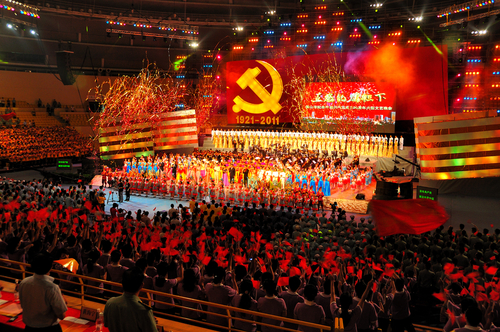 Wang added that foreign forces use religion to “infiltrate China” and that extremism has “threatened national security and social stability.”

“Religions should be sinicized… We should guide religious groups and individuals with socialist core values and excellent traditional Chinese culture and support religious groups to dig into their doctrines to find parts that are beneficial to social harmony and development.”

This isn’t just one crazy government official banning religion and requiring “Marxist atheism.” Zhu Weiqun, chairman of the Ethnic and Religious Committee of the Chinese People’s Political Consultative Conference, said it is “important” to remind party members not to have religious beliefs.

“Some people who claim to be scholars support religious beliefs in the Party, which has undermined the Party’s values based on dialectical materialism.”

Here we have the opposite of what we typically see, in the Middle East, for example, where religious governments are imposing bans on atheism and even killing non-believers based on blasphemy laws. Yet it is incredibly similar, too.

Party unity may be the official reason for mandating Marxist atheism, but one thing about Wang’s quote stuck out to me above all else. He said party members must “stick to the Party’s faith.” Faith. This is dogmatic thinking run amok — exactly the kind of thing critical thinkers ought to oppose, even when it’s ostensibly working in our favor. Forcing atheism upon people is no better than requiring people to worship Allah.

This ban on religion by the Chinese Communist Party is no different from what we saw in the Soviet Union. The leaders aren’t destroying faith; they’re replacing God with themselves and demanding loyalty.

Secular governments are no doubt better than theocracies, but banning religion and threatening “punishment” for believers isn’t the answer. Those kinds of “thought crimes” have never been successful in the long term. If anything, banning religion empowers religious people, even if they gather in secret, and creates a justified sense of persecution among believers outside the country. What China is doing isn’t just unethical, it’s irrational. It’s dogma in the guise of atheism. And that should never be defended. 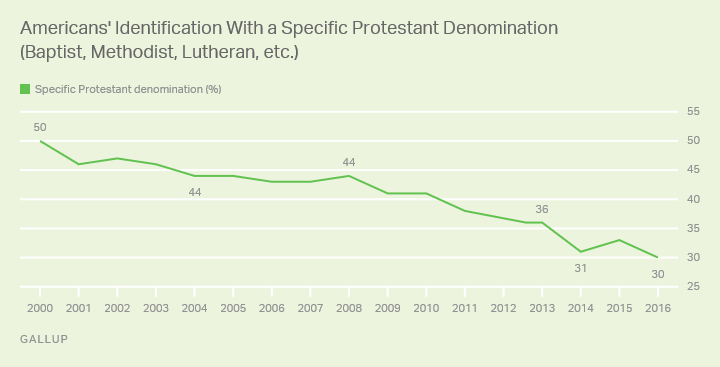 July 19, 2017
Gallup Finds Huge Drop in People Who Belong to a Specific Christian Denomination
Next Post