Why Did Jeff Sessions Delay Releasing the Speech He Gave to a Religious Right Group? July 14, 2017 Hemant Mehta

Why Did Jeff Sessions Delay Releasing the Speech He Gave to a Religious Right Group?

It’s not a secret that this administration — this incompetent know-nothing administration — continues to receive overwhelming support from the Religious Right. That’s partly because the people who know how to ask tough questions and think critically are well aware of just how awful this President and his team is, and partly because you’re not going to speak out against the White House when everyone inside is bending over backwards to appease you.

That’s why it wasn’t surprising that Attorney General Jeff Sessions spent Tuesday night speaking at a closed-to-the-public event for Alliance Defending Freedom, the right-wing legal group that acts like religious beliefs must always override the Constitution. 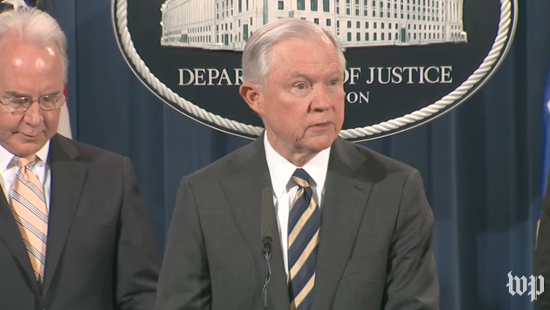 What’s disturbing about that is that the Department of Justice wouldn’t release the transcript of what was said. What secrets was the Attorney General telling his religious base that the rest of the country wasn’t allowed to hear?

Right Wing Watch announced yesterday that they had filed a Freedom of Information Act request to obtain the transcript.

… It is important for the public to know promptly what the Attorney General said behind closed doors to the ADF and what assurances he made to the group about how he would enforce the law as attorney general, especially given that the Attorney General has been tasked with developing guidance on interpreting religious liberty protections in federal law.

Right Wing Watch wasn’t alone. CNN reported on how several other groups were furious at being kept in the dark.

Maybe the pressure got to Sessions, because a transcript was finally released last night. Not on the Department of Justice’s website… but at The Federalist, a right-wing website. (Compared to Breitbart, I’m sure they seem liberal, but still.)

So what did Sessions say? It’s exactly what you’d expect. He told the Religious Right group that he cared more about their feelings than everyone else’s civil liberties.

In all of this litigation and debate, this Department of Justice will never allow this secular government of ours to demand that sincere religious beliefs be abandoned. We will not require American citizens to give intellectual assent to doctrines that are contrary to their religious beliefs. And they must be allowed to exercise those beliefs as the First Amendment guarantees.

We will defend freedom of conscience resolutely. That is inalienable. That is our heritage.

Under this administration, religious Americans will be treated neither as an afterthought nor as a problem to be managed. The federal government will actively find ways to accommodate people of all faiths. The protections enshrined in the Constitution and our laws protect all Americans, including when we work together, speak in the public square, and when we interact with our government. We don’t waive our constitutional rights when we participate fully in public life and civic society.

In other words, if the civil rights of LGBTQ people come into conflict with a business owner’s Christian beliefs, the U.S. government will take the side of Christians no matter what. That’s not a hypothetical. ADF is literally defending a Colorado baker who didn’t want to make a cake for paying gay customers because Jesus told him not to.

It sounds nice to say our government will “accommodate people of all faiths,” but the problem is that sometimes those beliefs conflict with our laws. Sessions made it clear in this speech that the law takes a backseat to whatever Christians want.

At one point, Sessions invoked Martin Luther King, whose faith led him to “march and strive to make this country stronger.” Sessions didn’t seem to recognize or care that his own policies to tackle drug use and protect religious freedom will, in fact, make life worse for racial minorities and LGBTQ people.

Sessions’ words aren’t surprising. They’re just disturbing. And they’re fully in line with the disaster that is this administration. It’s sad day when you have to root against the government because you want the Constitution to win out.

On a side note, I have no clue why the administration would go to such lengths not to release that speech immediately. Either The Federalist didn’t post everything Sessions actually said or the Department of Justice was trying to hide something that everyone fully expected. Neither answer makes Sessions look good. 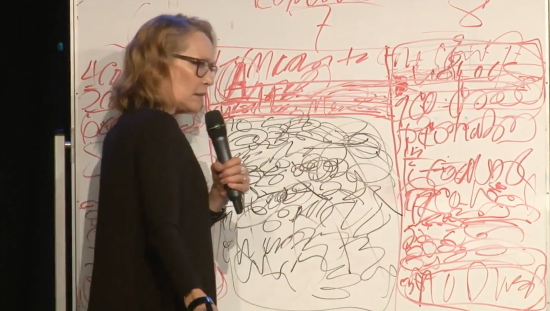