Donald Trump bowed his head in prayer alongside Mike Pence and several evangelical Christian leaders in the Oval Office on Tuesday. While that act wasn’t illegal, it showed just how much access right-wing Christians have in this administration.

Rev. Johnnie Moore, an advocate for “religious freedom,” posted the prayer photo after an “all day meeting” with evangelical leaders and the White House Office of Public Liaison. He said it was an “honor to pray within the Oval Office” for Trump and Pence. 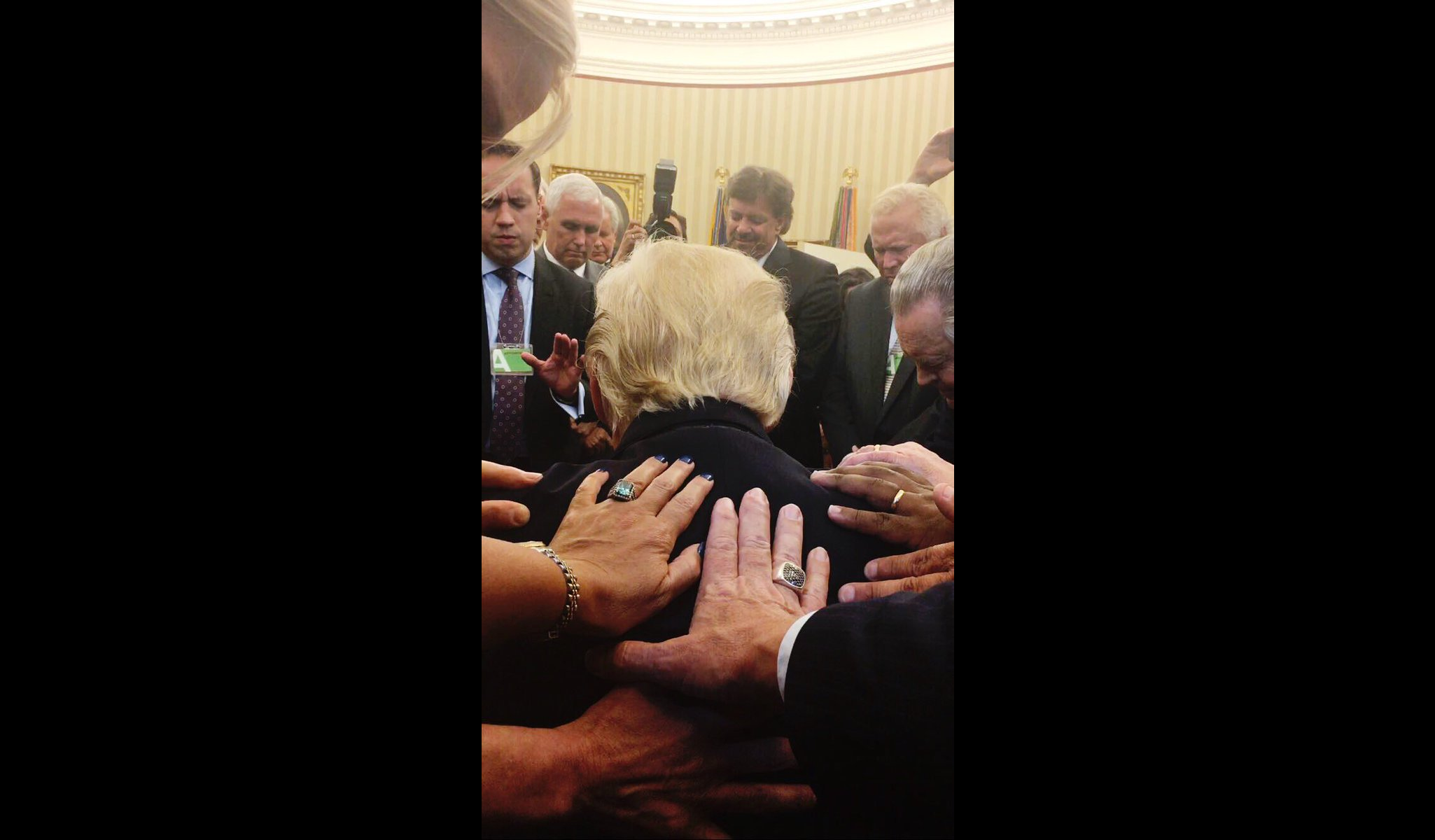 Such an honor to pray within the Oval Office for @POTUS & @VP . pic.twitter.com/JrDOSJyFeN

Pastor Jack Graham, the head of Prestonwood Baptist Church in Texas, was also present during the rain dance religious expression. He called for his Twitter followers to start “covering” Pence and Trump “with prayer.”

Please join us in covering POTUS and VPOTUS with prayer https://t.co/M5cvKPlcxf

Separation of church and state… https://t.co/slZS6l94FL

Deibert added that his grandfather was a “Lutheran minister who would have been equally repulsed” by the Christians praying with Trump.

Did he have a point? I don’t think so. We have seen prayers, even denominational ones, in the Oval Office before. But the fact that it isn’t illegal doesn’t mean it isn’t a sign of something potentially more damaging.

According to Moore, the photo actually shows “a substantive relationship between the evangelical community and this administration.” Now that’s scary.

“We enjoy an open door, not just in the Eisenhower Building, but in the West Wing… When the West Wing became aware that we were on the property, they invited us over to spend a few minutes.”

Regardless of the prayer, there’s a bond between Trump and evangelical Christians that should concern anyone who believes in (actual) religious freedom, reason, and evidence. Trump will bend over backwards to appease his ever-shrinking base, even if it means screwing over all other Americans with policies that make their lives worse.

That wasn’t the only criticism, either. As many people pointed out, this public display of prayer directly contradicts what the Bible says about praying privately.

Matthew 6:6 says when you pray you should do so behind closed doors & in secret. I guess Matthew 6:7 must say "but also then tweet about it" https://t.co/xfdKd51nLr

What’s more disturbing than anything is how evangelicals continue to support a President who lives up to none of their so-called “values,” is mired in multiple scandals of his own creation, and who cares not one iota about the “least of these.”

To them, Donald Trump, like Jesus, can do no wrong. 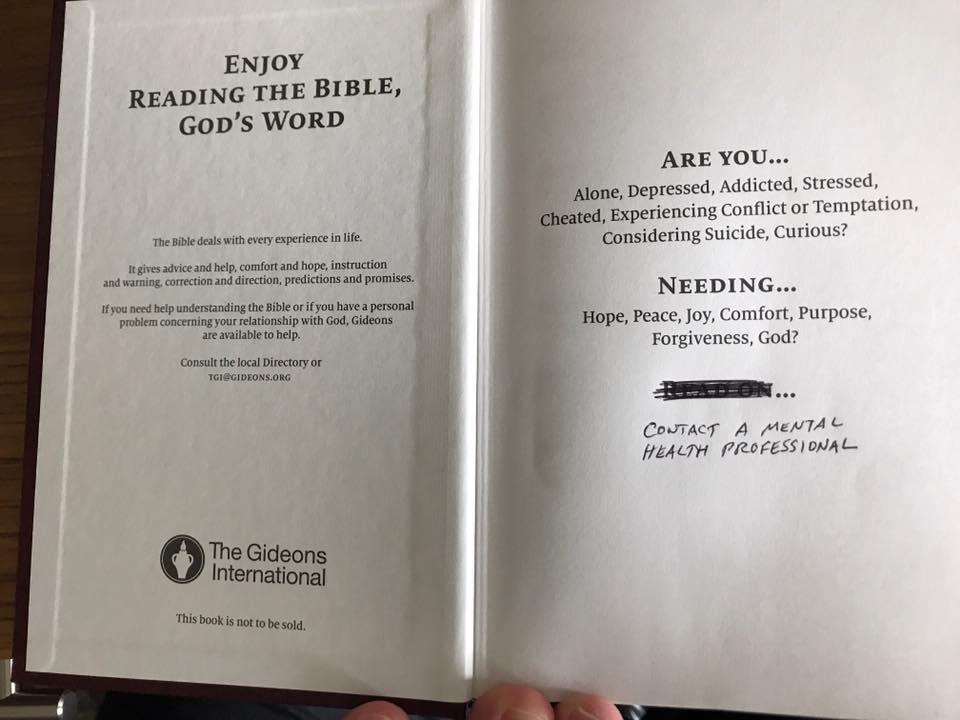 July 13, 2017 Williamstown (KY) Is Expecting Ken Ham to Sue Over a Proposed "Safety Fee"
Browse Our Archives
What Are Your Thoughts?leave a comment