The Country’s Most “Post-Christian” Cities Are Also the Places You Want to Live July 12, 2017 Hemant Mehta

The Barna group, a Christian polling firm, has released its latest list of the most “post-Christian” cities in the country. It’s meant to serve as a warning, but it nicely doubles as a map of places you wouldn’t mind moving to one day. 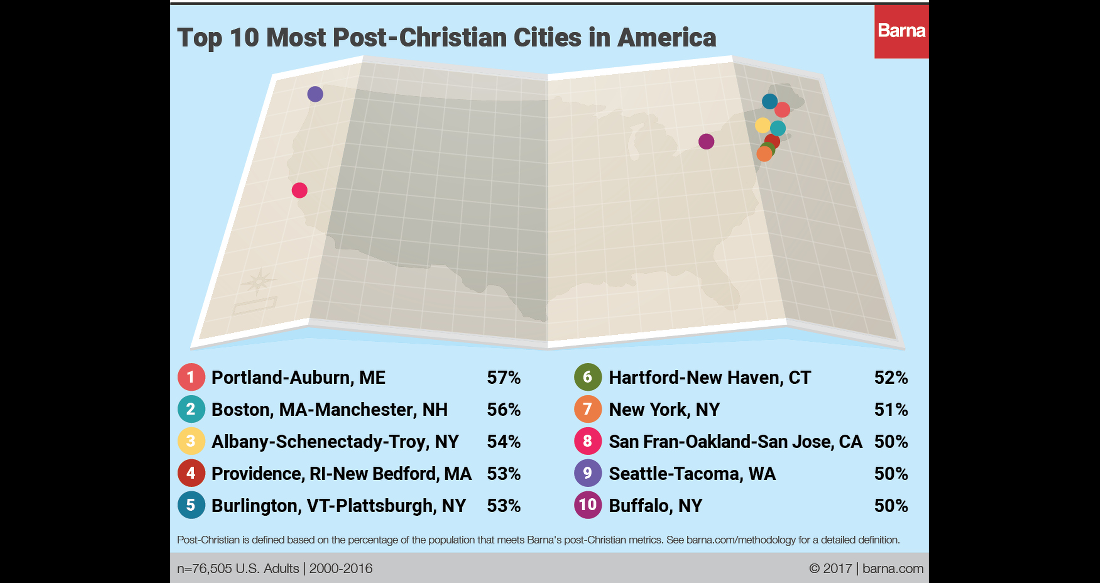 Barna has developed a metric to measure the changing religious landscape of American culture. We call this the “post-Christian” metric. To qualify as “post-Christian,” individuals must meet nine or more of our 16 criteria… which identify a lack of Christian identity, belief and practice…

These kinds of questions — compared to ticking the “Christian” box in a census — get beyond how people loosely identify themselves (affiliation) and to the core of what people actually believe and how they behave as a result of their belief (practice). These indicators give a much more accurate picture of belief and unbelief in America.

In other words, these are the cities where religion is most likely to be considered an afterthought. 10 of them have a post-Christian “score” of 50% or greater, and those cities are almost all found in the Northeast and the West Coast. (Incidentally, several of the cities on Gallup’s list of the communities with the highest levels of well-being make an appearance on the post-Christian list. Coincidence…?)

That list of criteria makes for a nice checklist, too. What’s your score?!

I got a perfect score. Go me!

Barna offers this as a resource. It’s descriptive, not prescriptive. They don’t say these numbers need to change, only that this is the way it is, and Christians who wish the percentages were lower ought to know where the godless are located.

Frankly, I don’t see why the numbers would get any lower. Cities that are “post-Christian” are also diverse and accepting of people that Christians have routinely rejected. An evangelical shot of misinformation, bigotry, and lack of reason doesn’t work when people already have immunity.

But at least it gives Godless Americans a goal. The highest city on the list, Portland-Auburn, Maine, only has a score of 57%.

We can do better than that. Dream big, everybody. 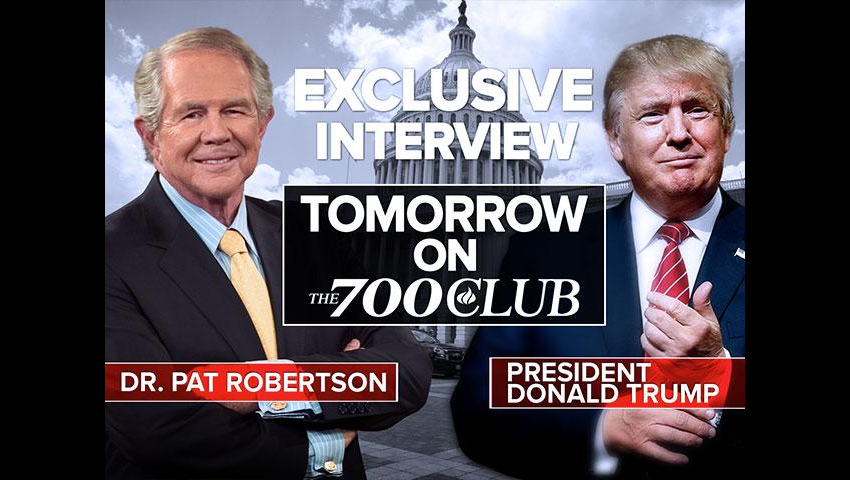 July 12, 2017
Pat Robertson Will Interview Donald Trump Because Accountability Is Dead
Next Post 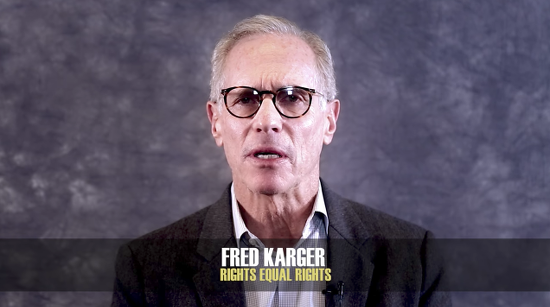