As I wrote earlier, the race to win the GOP primary in Alabama for Jeff Sessions‘ vacated seat is really a battle over who loves Jesus more.
Rep. Mo Brooks said he would demand Senate funding of Donald Trump‘s border wall, even filibustering with the King James Bible if necessary. 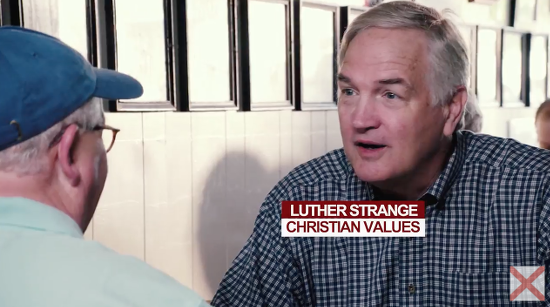 “President Trump is the greatest thing that’s happened to this country,” Strange said. “I consider it a Biblical miracle that he’s there.”

We must have different definitions of “miracle” and “greatest”… Isn’t it amazing how the “Biblical miracle” is a thrice-married man who lies, steals, takes from the poor, gives to the rich, spends his time avoiding work and mocking others, only invokes God’s name to placate conservatives, and is a laughingstock around the world?

If he’s God’s miracle, it’s all the more reason to distance ourselves from both the Bible and this administration.

Roy Moore, the disgraced former AL Supreme Court Chief Justice best known for legislating his religious beliefs from the bench, wasn’t at the forum. Maybe that’s because he feels his Christian background speaks for itself. If the other candidates are in a race to out-Jesus him, that should be scary for all of us.

(Thanks to @alexiskjacobs1 for the video link)

July 11, 2017
AL Senate Candidate: I'll Filibuster With the Bible Until We Fund a Border Wall
Next Post 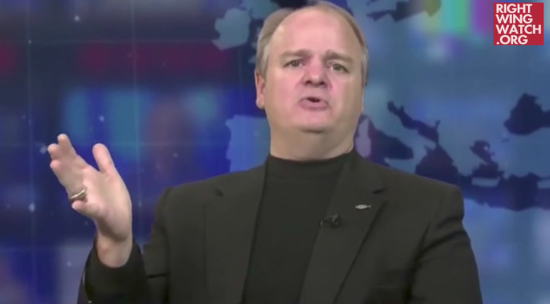 July 11, 2017 Gordon Klingenschmitt: God Will Heal Diseases If We Defund Planned Parenthood
Browse Our Archives
What Are Your Thoughts?leave a comment