In 2007, Bloomfield (New Mexico) City Council member Kevin Mauzy proposed that citizens should be allowed to put a Ten Commandments monument in front of the city’s municipal building. The council accepted his proposal (even though nothing happened at the time) and a five-foot-tall granite monument was privately paid for and erected in July of 2011.

But a lawsuit filed by the ACLU on behalf of two local Wiccans put a stop to that. District Court Judge James A. Parker ruled in 2014 that the monument violated the Establishment Clause:

From the beginning, Mr. Mauzy signaled to the public the connection in his mind between the Ten Commandments monument project and the Christian community by fundraising through local churches exclusively, rather than through a variety of local civic organizations. Mr. Mauzy further underscored the religious nature of the Ten Commandments monument through his planning and organization of a dedication ceremony, which had numerous religious components.

Mauzy turned out to be his own worst enemy, implied Judge Parker:

While Mr. Mauzy testified that he erected the Ten Commandments monument for “historical” instead of “religious” purposes, Mr. Mauzy’s religious statements have thoroughly eclipsed his putative “historical” message.

Parker included a footnote shortly after that, which pointed out another misstep by Mauzy:

At trial Mr. Mauzy testified that he views this lawsuit as an attack on his religious freedom, thereby reaffirming the impression that the Ten Commandments monument was meant to communicate a religious message.

Not only did the judge rip apart every one of Mauzy’s arguments, he even suggested all the ways Mauzy could’ve kept his monument if only he and his lawyers weren’t so dumb.

The decision was eventually appealed, and there was some good news last November. The Tenth Circuit Court of Appeals agreed that this was nothing but a religious monument, affirming that it violated the Constitution.

The apparent purpose and context of the Monument’s installation would give an objective observer the impression of official religious endorsement. In arriving at this conclusion, we examine the text of the Monument, its placement on the lawn, the circumstances of its financing and installation, and the timing of this litigation.

The city and its lawyers then tried again. Sure, they lost with a three judge panel, but maybe those judges weren’t representative of the entire Tenth Circuit. So they appealed to the entire bench in what’s known as an en banc review.

That didn’t work out either. The Tenth Circuit rejected the rehearing of the case (with Judge Neil Gorsuch, who had just been nominated for the Supreme Court, not weighing in on the matter).

City Manager Eric Strahl said the City Council likely will meet in executive session next week to decide the next step, which would be either removal of the monument or an appeal of the decision to the U.S. Supreme Court.

After taking this many legal punches and wasting so much of everyone’s time, you would think the city would just call it a day. Accept that they screwed up. Realize that a Ten Commandments monument belongs on private property or outside a church. But they’re fighting for Jesus, so rational thinking doesn’t come into play.

The fact that additional secular monuments were placed around the Decalogue in subsequent months and years doesn’t change the fact that this was always about promoting Christianity from the start. Everything since then has been about taking advantage of legal loopholes. And attorneys for Alliance Defending Freedom are hoping the loopholes work in their favor.

ADF, representing the city of Bloomfield, has now filed a motion asking the Supreme Court to take up this case.

“Americans shouldn’t be forced to censor religion’s role in history simply to appease someone’s political agenda,” said ADF Senior Counsel Kevin Theriot. “We hope the U.S. Supreme Court will take this case and affirm, as it recently did, that adults ‘often encounter speech they find disagreeable; and an Establishment Clause violation is not made out any time a person experiences a sense of affront from the expression of contrary religious views.’”

Specifically, they want the Court to settle two questions:

1. What standard should be used to evaluate Establishment Clause challenges to passive displays such as monuments?

2. Do litigants have standing to challenge a monument on Establishment Clause grounds simply because they are offended by it?

The first one is odd since the Court already answered that in 2005. They said that a stand-alone Christian monument was a promotion of Christianity, but a Ten Commandments monument that was part of a larger display of influences on the law, for example, would be okay.

The second one is more dangerous. Since all of these cases need to brought about by someone with legal standing — like a resident in the community who is bothered by the display — ADF wants the Supreme Court to nullify being “offended” as a legitimate reason to bring about a lawsuit. But if that’s off the table, by what grounds could anyone bring about an Establishment Clause challenge?

ADF is clearly hoping that the current court will lean in their favor, especially since Justice Anthony Kennedy, the swing vote, said in 2005 that the Ten Commandments surrounded by other displays was legal.

Still, any deep dive into the history of this monument shows that it was always about religion. City officials never even tried to pretend it was historical until the legal challenges began.

The Court shouldn’t waste its time dealing with a case that’s already been resolved. 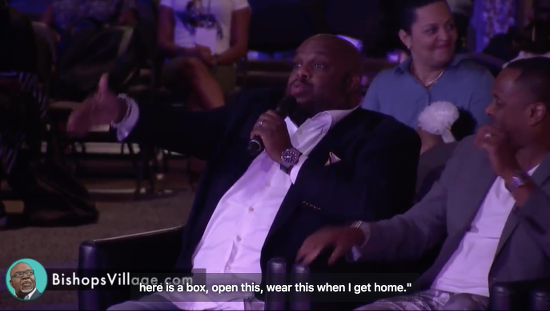 July 7, 2017
Christian Pastor Explains How to Properly Sex Up Your Woman
Next Post 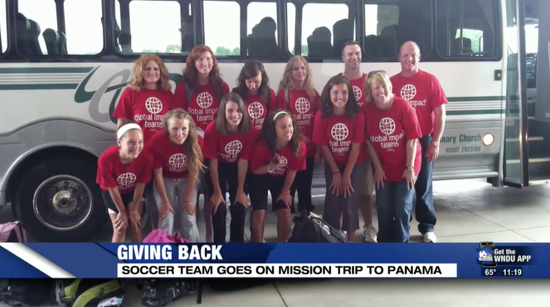