Televangelist: Donald Trump, With God’s Help, Can Break Up Anything He Wants July 6, 2017 Hemant Mehta

Televangelist: Donald Trump, With God’s Help, Can Break Up Anything He Wants

Televangelist Frank Amedia, who unofficially serves as Donald Trump‘s “liaison for Christian policy,” has a history of saying crazy things. He once claimed to stop a tsunami from coming onto a Hawaiian island. He also blamed AIDS on “unnatural sex.” He also loves to heal people. He supposedly cured a man with cancer in his tongue just by reciting some words on television. (No before/after medical records of the man were ever released, of course.)

Amedia appeared this week on televangelist Jim Bakker‘s show to announce a new prophecy about Trump: God had given Trump the gift of “breaker anointing.” That means he can break up anything he wants. (Including marriages? He didn’t say.) 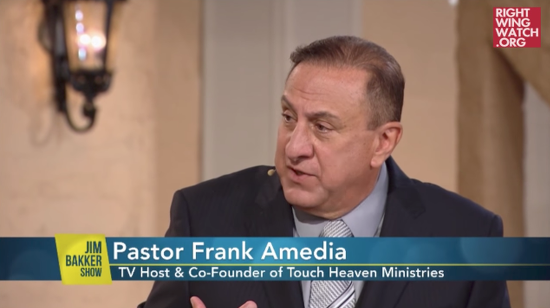 It’s easy to dismiss the entire prophecy. Amedia is basically giving credit to the driver who started a 45-car pileup as if he did it on purpose instead of because he was texting behind the wheel.

But it’s not even a good prophecy. The GOP isn’t broken up. They’re stronger than ever. If they’re failing, it’s because the party is full of bad ideas that will hurt their own constituencies and even many of the officials are beginning to realize that.

The Democrats aren’t broken. They suffered a major loss and need a way to energize their base. But the seeds of that revolution are being planted even if it hasn’t bloomed into an electoral victory just yet.

Trump didn’t break up the news media. There is incredible journalism being done right now. More people are whining about the media, but good journalists are as relevant as ever before, and we ought to be grateful for that.

So if North Korea is supposed to be worried, I have no idea why. Because at this rate, the “breaker anointing” will probably help the country launch nuclear weapons overseas.

Jim Bakker didn’t help the situation when he commented on Trump’s supposed “wisdom.”

Bakker and Amedia then discussed the president’s volatile Twitter presence, which Bakker said was all part of the “gift of wisdom” that God had told him he gave Trump.

Amedia offered that Trump tweets because he gets bored with nonconsequential things, part of his God-given gift of “discernment.”

“I believe he receives downloads that now he’s beginning to understand come from God,” Amedia said.

Trump’s Twitter account is an expression of God’s wisdom? Christ. That explains it all. God is nothing more than an internet troll people take seriously. 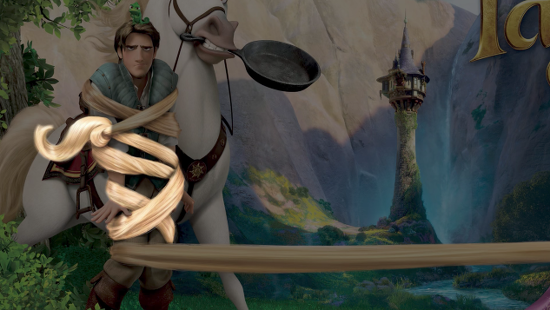