In 2015, to celebrate their hard work preparing for and taking the Missouri Assessment Program (MAP) tests, the eighth-graders at North Middle School in Joplin were taken to a sports complex with a climbing wall and video games. 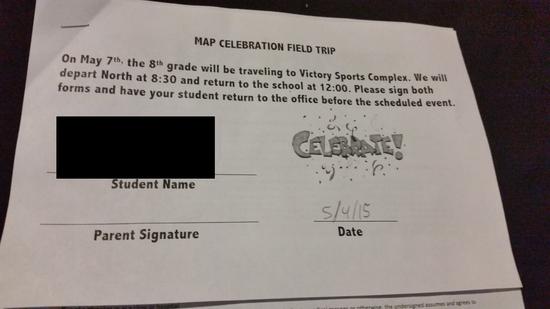 You can see that parents were told the kids were going to “Victory Sports Complex”… but that’s a little misleading. Because that’s not the place’s name. It’s actually called Victory Ministry & Sports Complex. Which — wait for it — is a ministry.

That wasn’t necessarily a deal breaker. As long as the staffers stuck to watching the children as they played, and there was no attempt to proselytize, there wouldn’t be a problem. It’s really no different from the way churches sometimes host public school graduation ceremonies when they’re the largest venue in town — there’s usually no legal consequence as long as everything is kept secular.

But when you looked at the liability form provided by the ministry (and which parents also had to sign), it became clear that the employees there had every intention of converting these children while their parents weren’t around. This is item #6 on the list: 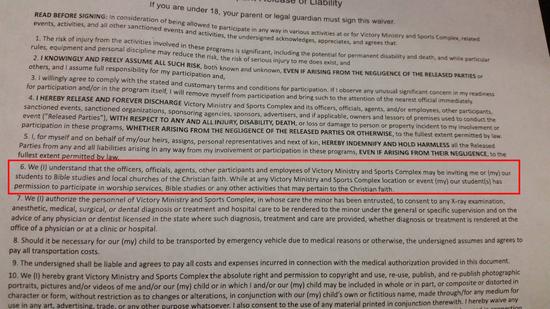 Way to sneak that into the middle of the form, right? Also note #10, which essentially says the ministry can take and use pictures of students to promote their Christian agenda.

Forget the climbing wall. Turns out the biggest threat to students at this sports complex were the staffers.

When I reached out to administrators at the school to find out why they thought this was okay, Jason Cravens, the Executive Director of Secondary Education for Joplin Schools, sent me this response:

At the risk of sounding callous, who the hell cares what the students voted for? It’s the responsibility of the adults to step in and say religious venues aren’t an option.

District officials were also pretending there was no religion involvement at all, even though the forms indicated that wasn’t true. It was the sort of response that said, “Damn, you caught us! Maybe if we just close our eyes, you’ll go away…”

No one went away. In fact, the American Humanist Association’s Appignani Humanist Legal Center filed a lawsuit against the District after their warnings were ignored.

The gist of the suit was that the plaintiffs’ child “was put in the position of having to choose to attend a religious school-sponsored event or forgo participation entirely.” That’s not how a public school district should operate.

Students should never have been taken here on a field trip, the District received multiple warnings about that in advance and ignored them, and that’s why they were sued. They could’ve celebrated the kids’ hard work with a pizza party or by taking them to a secular play area, but they chose to take them to church instead.

The lawsuit called for the judge to issue a “declaratory judgment that district officials violated the Establishment Clause” along with an injunction that would stop this from happening in the future. And attorneys’ fees. And punitive damages for the family. All because these District officials wanted to force Christianity upon these kids.

And by the way: These field trips weren’t the only time the District sent students to the Victory Ministry complex. While it wasn’t relevant to the lawsuit, it turned out…

… the Joplin District regularly hosts high school excursions to Victory facilities for abstinence-only sex education titled “Battle of the Sexes” provided by Life Choices, a Christian-based organization. The trips take place during school hours, and school busses take the students to the Victory facilities. The trip is considered part of the “curriculum” of the Joplin District. The adults who teach the Joplin High School students while at Victory are selected by the Connection Institute, the prevention services arm of Life Choices.

So the District routinely took students to this Christian center to give them a Christian, non-evidence-based education. That became part of the case against them.

It took a while, but good news finally came in March. U.S. District Judge Douglas Harpool ruled that the District indeed violated the law by taking kids to this ministry for a field trip.

“This is a victory for the Constitution,” said David Niose, Legal Director for the American Humanist Association. “The school district has been funneling money and impressionable students to a religious ministry that is in the business of luring children to Christianity, and we’re glad that the court could see that this is clearly unconstitutional activity.”

According to the Harpool’s ruling, even if District officials claimed they had a secular purpose in mind when rewarding students, they could’ve gone to an actual secular location. They chose not to. Furthermore, by taking students to a ministry during school hours — and paying them money for hosting the trips — the District was helping Victory advance its Christian agenda.

The judge even said students “would rightfully feel coerced by the Joplin District’s field trips, into either not attending the events, or subjecting themselves to religious beliefs contrary to their family’s teaching.”

At the time, the judge didn’t say anything about money or attorneys’ fees. He made that decision back in May. And now we know how much this District’s ignorance will cost them.

The [Joplin School Board] vote approved the writing of two checks: one for $103,976.45 for the American Humanist Association and one for $46,935 for Benson and Associates, a law firm in Kansas City. Both groups represented the plaintiff, according to court documents.

The money will come from the operating reserve fund and was taken from the budget for fiscal year 2017, which ended June 30, board President Jeff Koch said.

Imagine what the District could’ve done with that money if they weren’t hell-bent on pushing Jesus on the students.

I’m sure some people will condemn the AHA for taking money from the students, but that’s the wrong conclusion. The AHA was defending the rights of students to have a secular education. It’s the administrators in the District who were breaking the law, not the attorneys calling them out on it. 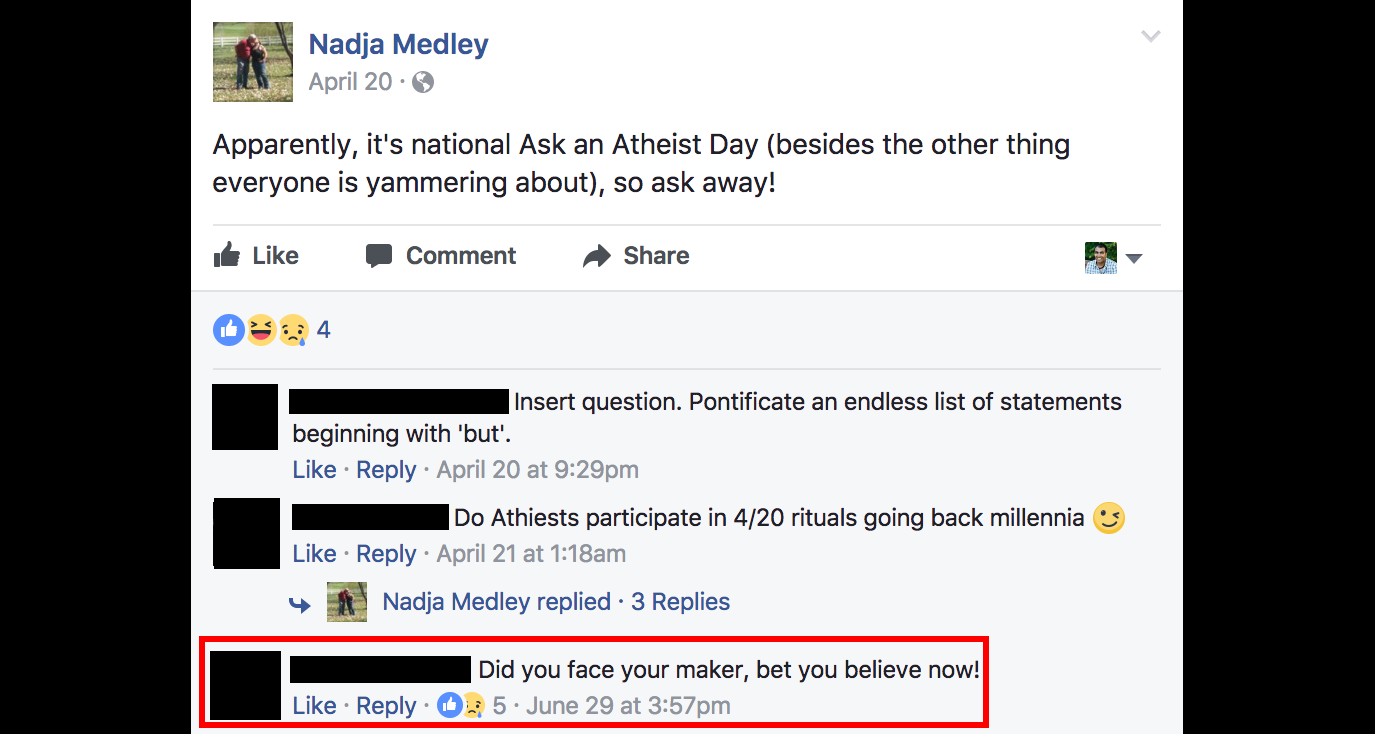 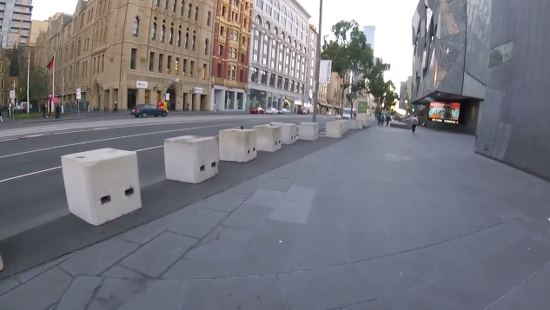