Northeast State Community College in Tennessee was in “dire need” of a cop car in order to help patrol the campus and keep everyone safe. And wouldn’t you know it?
The Sullivan County Commission was in possession of a local sheriff’s vehicle that wasn’t being used anymore. It had nearly 213,000 miles on it, but it worked just fine, and a donation could’ve been made without any problems. 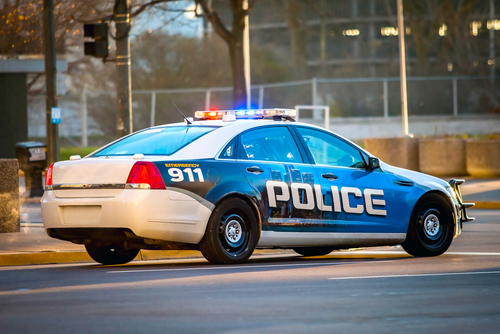 But some of the commissioners didn’t want to go through with it for a simple reason: The college didn’t say a prayer during their recent graduation ceremony.

The school had traditionally had prayers during the event in the past, but at the urging of several students who wanted a more inclusive ceremony, the administrators chose to have a moment of silence instead. That way everyone could pray (or not pray) to whomever they wanted.

That’s what angered the commissioners. Because a loud, forced prayer to Jesus is the only kind that matters.

Commissioner Bob Neal spoke up to say he had a problem with the proposal because of the exclusion of a prayer at Northeast State.

“I believe in prayer,” Neal said. “And I believe in public prayer. And I think we need prayer in our schools.”

Later in the meeting, Commissioner Mack Harr asked to go back to the issue to say he, too, had misgivings about donating the car to Northeast State because of the prayer issue.

Sure, they could increase the security on campus with a quick gesture… but how would that honor God?! They needed to teach those damn kids a lesson! And if students suffered because cops couldn’t immediately attend to their problems, well, then God was teaching those kids a lesson, too.

Their dissent turned the donation from a unanimous we-don’t-even-need-to-discuss-this-anymore motion to one that required a vote of two-thirds of the commissioners.

The good news is that all of this discussion happened last week.

This week, when the patrol car donation came up for a vote, an overwhelming number of commissioners agreed to it. 19 of the 24 said “yes,” one “passed”, and four were absent.

As for the prayer, instead of forcing it upon the students, the elected officials merely dangled it over their heads.

… Commissioner Eddie Williams proposed an amendment to the resolution: include with the donation the commission’s recommendation to Northeast State that the school reconsider the prayer issue in the future.

In other words, here’s the car… but you should think really hard about bringing prayer back!

I’d take that deal in a heartbeat. And then, as I’m driving around in my new car, I’d think about how those commissioners idiotically recommended I invite a lawsuit against my school by pushing God upon the entire student body.

The school took the car. And there are no plans to bring prayer back.