Last month, Creationist geologist Dr. Andrew Snelling filed a lawsuit against Grand Canyon National Park after he was “denied a permit to remove rock samples from the Grand Canyon… due to his religious beliefs.”

That claim was wildly misleading, though. They didn’t reject his permit application because he was a Creationist. They rejected it because his application made no sense at all. He got his Creationist buddies to offer peer review of his proposal — a big no-no — and what he wanted to study wasn’t relevant, useful, or sensible, according to actual experts.

As University of New Mexico professor Dr. Karl Karlstrom explained to the permit granters at the park,

… I do not see this proposal as a scientifically valid research proposal. It is not well formulated based on current knowledge of Grand Canyon geology, the nature of microstructures of soft sediment structures in general, nor of the microstructures and mode of formation of monoclines. The proposed work does not seem to me to be of the scientific standard required for a Park research permit, and in any case, would not need to be done in Grand Canyon.

You can read more details about why the proposal was nonsense right here. But Snelling didn’t care. He called it discrimination and sued Park officials with the help of attorneys at Alliance Defending Freedom.

The folks at the Grand Canyon had a decision to make: Did they want to waste a lot of time and energy fighting this battle in court (even if they felt they would win) or did they just want to throw their hands up, relent, and move on?

Ultimately, they decided to give the crying toddler a cookie just so he would be quiet. His permit was approved.

Alliance Defending Freedom, of course, calls this a victory for Snelling and science and Jesus. They announced today that they were dropping their lawsuit.

“When the government refuses to allow a Christian geologist simply to collect information because it dislikes his views, it undercuts science and violates the law,” said ADF Senior Counsel Gary McCaleb, co-counsel for Snelling. “We commend Park Service officials, Interior Secretary Zinke, and the Trump administration for understanding that specifically targeting Dr. Snelling’s faith as the reason to stop his research was both inappropriate and unconstitutional. As the Park Service finally admitted, ‘Dr. Snelling’s proposal is well stated with methods that are similar or equal to standard scientific practice to test the hypothesis provided,’ so it is the right choice to let the research go forward.”

There’s no evidence that Park Service officials apologized for “targeting Dr. Snelling’s faith” — since that’s not what happened — and I haven’t seen any document from Park officials saying his proposal really is “well stated with methods that are similar or equal to standard scientific practice.” (I’ve asked ADF for more information about that. ***Update***: ADF tells me the line comes from this letter that was sent last month. In it, a revised proposal from Snelling is considered, but the Park Service officials need more information regarding the locations in which he wants to do research. Since the case has been resolved, I assume Snelling wrote back to them with the information they needed.)

But perhaps that’s what it takes to appease him.

You can bet Creationists will use this legal “victory” and the fact that Snelling will be doing something in the Grand Canyon as evidence that they’re legitimate scientific researchers. But until he publishes something worthwhile in a peer-reviewed publication, there’s nothing more to see here.

***Update***: The Grand Canyon National Park issued this statement to me tonight:

Grand Canyon National Park this week issued an administrative launch permit to Dr. Andrew Snelling for the purpose of collecting geologic samples under an existing permit to do research in the park.

The launch permit is for his Aug. 6-13 river trip and was granted to facilitate resolution of a legal dispute between Dr. Snelling and the National Park Service (NPS). 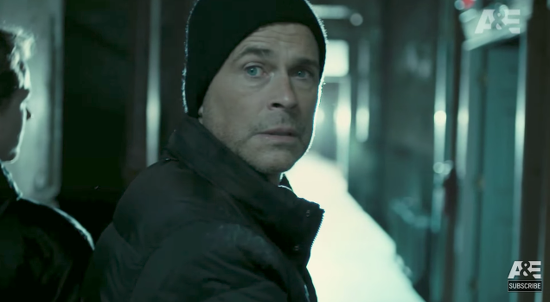 June 28, 2017 Actor Rob Lowe Thought Bigfoot Was Going to Kill Him While Filming New Show
Browse Our Archives
What Are Your Thoughts?leave a comment