Australian citizens chose “no religion” more than any listed specific denomination on the nation’s 2016 Census, making this the first time the “Nones” have overtaken Catholics in the country. 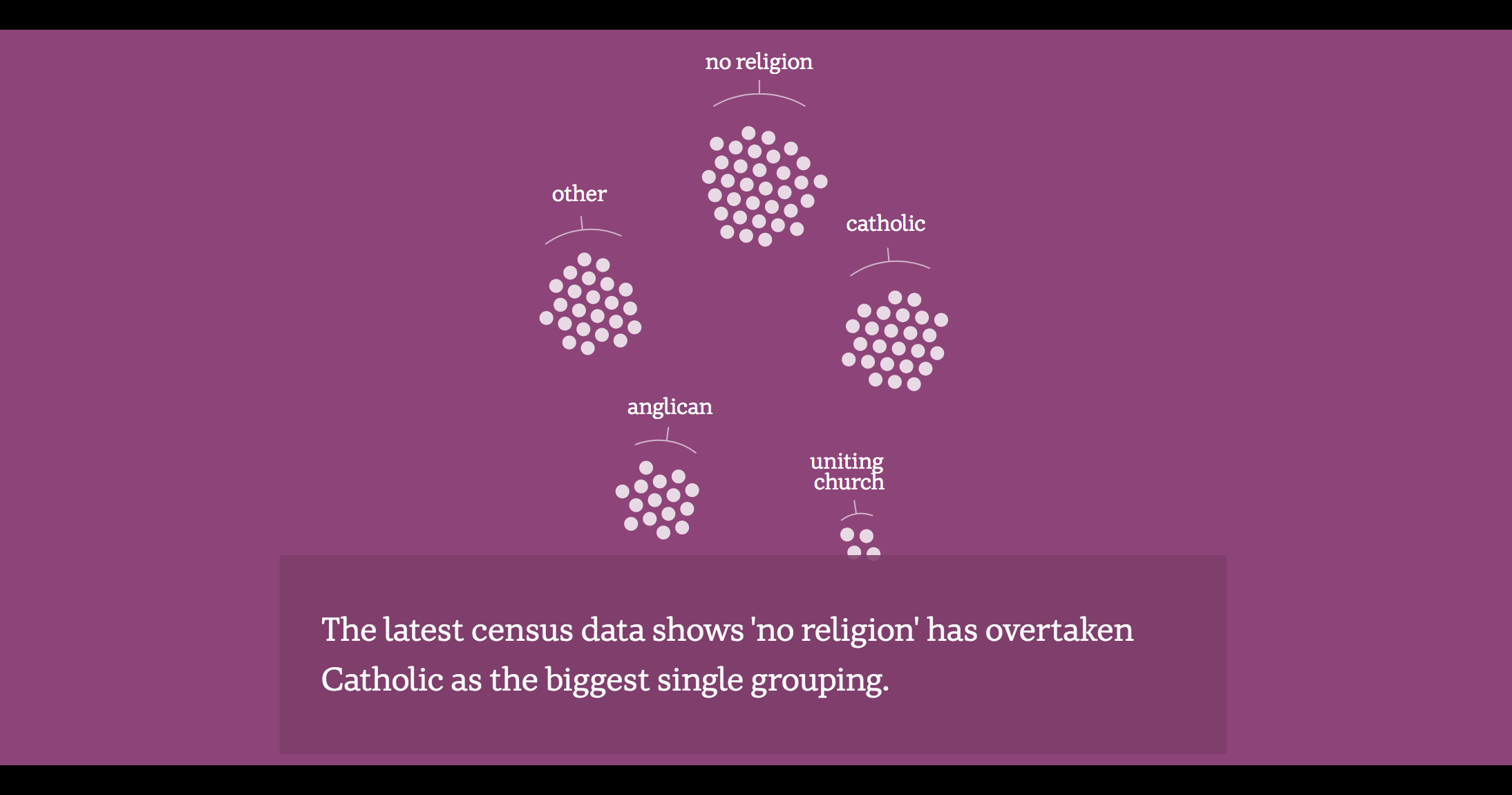 The census data comes at an interesting time, when people all over Australia (and Europe and the U.S.) are worried about being overtaken by Muslims. In fact, some right-wing groups actually warned all citizens not to select the “no religion” option as it may lead to Australia becoming a “Muslim country” (somehow).

But not even a conservative fear campaign could stop non-believers in Australia from being heard. About 29.6 percent of Australians chose the “no religion” box — up from 22.6 percent in 2011 — and 9.6 percent chose not to answer the religion question at all.

That increase may have occurred in no small part due to a change in how the question was asked. The “no religion” option used to be at the bottom of a long list of denominations and a large box where you could enter in something else. In 2016, “no religion” was the first option on the list.

The Atheist Foundation of Australia said in a statement that it is “time to stop pandering to religious minorities and take religion out of politics.”

The godless in Australia is a huge force to be reckoned with. Whether you’re an atheist, agnostic, humanist, rationalist, a free-thinker or even someone who considers themselves spiritual but not religious, you’re part of a powerful voting block [sic] that deserves to be heard.

Our political, business and cultural leaders must listen to the non-religious when we demand public policy that’s based on evidence, not religious beliefs. This includes policy on abortion, marriage equality, voluntary euthanasia, religious education in state schools and anything else where religious beliefs hold undue influence.

They enjoy a privileged position that isn’t afforded to other large groups, such as the non-religious. That has to stop. Politicians, business leaders and influencers take heed: this is an important milestone in Australia’s history. Those who marked down ‘No religion” deserve much more recognition. We will be making our opinions known, and there’s power in numbers.

In 2006, 1.7 percent of Australians chose Islam as their preferred religion. Now, 10 years later, the number has jumped up to…. 2.6 percent. Look at that wave of Muslims coming to the country! Perhaps the religious conservatives should have been more worried about the growing number of people abandoning organized religion completely in the age of the internet instead of another religious group’s members outnumbering their own.

The change over the past decade for the Nones has been far more drastic:

Those reporting no religion increased noticeably from 19% in 2006 to 30% in 2016. The largest change was between 2011 (22%) and 2016, when an additional 2.2 million people reported having no religion… Young adults (aged 18-34 years) were more likely to report not having a religion (39%) and more likely to be affiliated with religions other than Christianity (12%) than other adults.

This result is great news for non-believers. Being represented in surveys like this is what leads to being represented in government — and having politicians take your concerns seriously. A government guided by evidence and reason, rather than dogma and faith, is one that works better for everybody.