I swear, every time Ken Ham gives updates on the attendance numbers for Ark Encounter, they keep getting lower. And as the first anniversary of the Ark approaches, it’s worth looking at how many people are visiting the $100 million attraction.

In 2014, before the Ark opened, Ken Ham said this about estimated attendance:

… the full-size Noah’s Ark, when it opens in 2016, is estimated to attract up to 2 million visitors a year.

Even after the attraction opened, NBC News reported Answers in Genesis giving the same estimate:

Ham hopes to attract close to 2 million guests in the attraction’s first year.

In 2015, Ham published an FAQ on Ark Encounter’s website that answered the question “How many visitors do you expect?”

Based on an extensive independent feasibility study conducted by America’s Research Group, we expect over 1,600,000 guests our first year. Creation Museum attendance is also likely to increase by over 200,000 guests during the same year, to a total of about 500,000.

That page is no longer publicly available. And all of this happened before the Ark even opened.

We won’t get “official” numbers until this summer, when the state of Kentucky is supposed to give Ark Encounter the first “rebate” check for bringing in tourism to the state. That will be publicly available information and it should give us the first attendance count that isn’t coming from someone on Ark Encounter’s payroll. Until then, these estimates are all we have.

Anecdotes, however, haven’t made the Ark look any better. We’ve seen drone footage from the parking lot showing lots of open spaces relative to the capacity, even in the middle of the day. People who have visited the Ark at peak times have been surprised to find it relatively empty.

Maybe that explains why, last September, in a puff piece for WLWT TV in Cincinnati, Ham offered a much lower projection than any number he had given before.

Just since July 7 [when the Ark opened], the number of people who have visited the Ark is about the same as the population of Cincinnati — around 300,000.

And [they] are projecting about 1.4 million for the year…

That would be a 30% drop in projected attendance since July. (So much for two million people.)

As the one-year mark approaches, we’ve seen Ham take defensive measures, blaming atheists for his failures. It’s almost like he wants someone else to blame when the real numbers come out. And when he made that case again to The Gospel Herald this week, he included a different attendance estimate.

“Attendance has exceeded our expectations,” Ham told GH. “The original projection of the Ark Encounter — 1.1 million to 2.2 million in attendance — were in a normal years, and we haven’t had a normal year yet. We won’t have one until our second year. And, as we mark our first anniversary, we’ll hit the low end of the estimated guest number, which is absolutely amazing for an abnormal year.”

Did you catch that? Ham says he’s going to hit the “low end” of a range that starts at 1.1 million people. Because things are weird this year.

Not only is that a low number, the explanation makes no sense at all. Ham never says why this year is “abnormal” while next year will be “normal” — he’s certainly never said this year was “abnormal” before — but you would think the first year for an attraction like this would be incredible. Think about all the press they’ve received, both locally and nationally. Think about all the people who heard about this Ark for years who’ve now had a full year to see it for themselves.

Why would next year be better? The die-hards have already seen it, the atheists have already mocked it, the press has nothing new to write about, the exhibits aren’t really changing, the information is just plain wrong, the cost to get in is obscenely high ($136 for a family of four including two school-age kids, not including tax), and this isn’t the sort of “museum” where you learn more on repeat trips. While additions are being made to the Ark and the surrounding community, it’s hard to imagine the “bump,” if there is one, will be all that large.

There’s another reason to doubt more people will be visiting in Year Two. From everything I’ve heard from those who have seen it first-hand, it’s just not very interesting. Even if you agreed with Ham’s Creationist mythology, animatronic figures and Bible verses on the wall just aren’t worth the (extremely high) cost of admission.

By the way, in a different article earlier this month for the Lexington Herald-Leader, Answers in Genesis’ Mike Zovath said the Ark would attract its millionth visitor this July. In case you wanted to see an even lower number.

Ken Ham wants to blame atheists for all the negative press, but a lot of the information we’re using is coming straight from his mouth. He keeps lowering attendance estimates, passing each off as the new high benchmark. You can’t take anything he says at face value because he’s more interested in promoting his parks and worldview than being honest about his group’s struggles.

My guess? The final attendance number for Year One will come in at just under a million people. But even if it was twice that much, the reality is that people in the community aren’t any better off because this attraction is in their backyard.

If city and county leaders had taken the cash they threw at Ham and invested it in real education for the kids in the community, the return on their investment would’ve been far greater down the line. 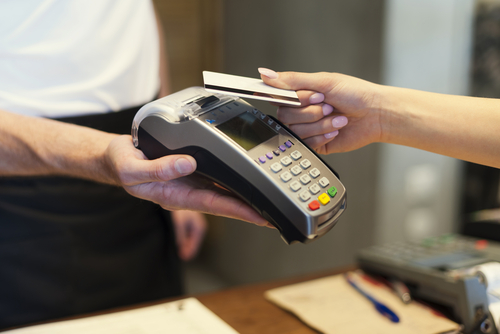 June 25, 2017
Forget the Collection Plate. The Church of England Wants Your Credit Card
Next Post

June 25, 2017 Prosperity Gospel Preacher Charged with Multi-Million Dollar Tax Fraud Scheme
Browse Our Archives
What Are Your Thoughts?leave a comment