Christian “Apostle”: This Broken Vending Machine Must Be a Sign from God June 16, 2017 Hemant Mehta

Christian “Apostle”: This Broken Vending Machine Must Be a Sign from God

Have you ever laughed at religious people who find an open parking space and see it as a blessing from God? As if that’s the best way for the Most Powerful Being Ever to show you that He cares…

Well, Apostle Melvin Thompson III from Pennsylvania found a way to top that. He knows God is #blessing him because a vending machine accidentally gave him two cans of soda instead of one. 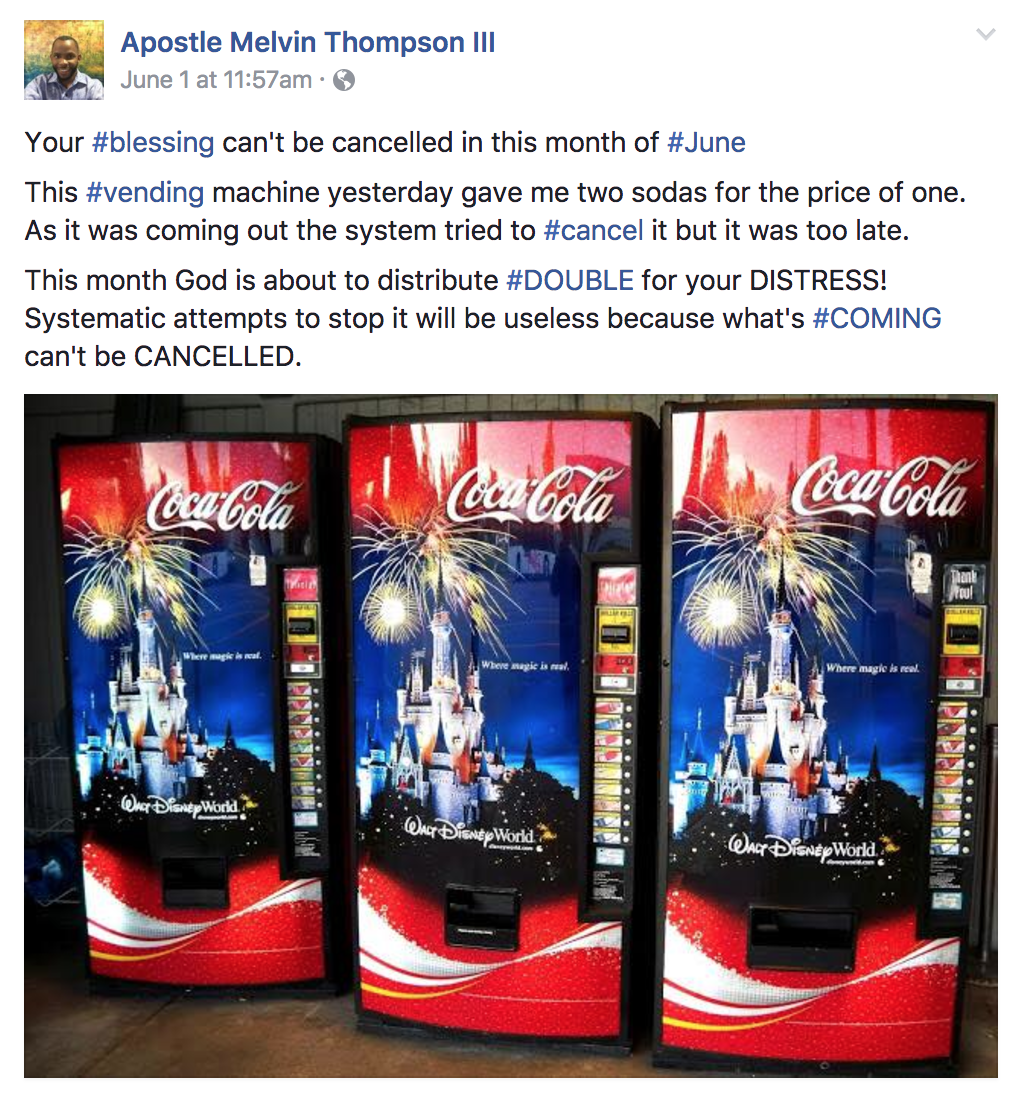 Your #blessing can’t be cancelled in this month of #June

This #vending machine yesterday gave me two sodas for the price of one. As it was coming out the system tried to #cancel it but it was too late.

This month God is about to distribute #DOUBLE for your DISTRESS! Systematic attempts to stop it will be useless because what’s #COMING can’t be CANCELLED.

Sure, children are starving in Africa. But God so loves the world that He gave Melvin Thompson III His one and only second bottle of Coca-Cola.

Even sadder are all the “amens” and “hallelujahs” in the comments section of that post. Not a single person (whose comment is still up, anyway) said to him, “Maybe, just maybe, that’s a broken machine and not Jesus giving us a sign.”

Chris Rice of Museum of Idolatry also wants to know:

Obviously, the machine’s owner is a heathen and this was just God’s warning shot. 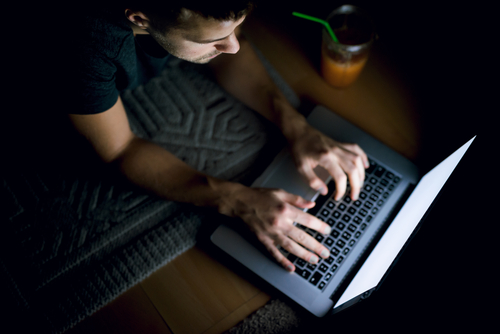 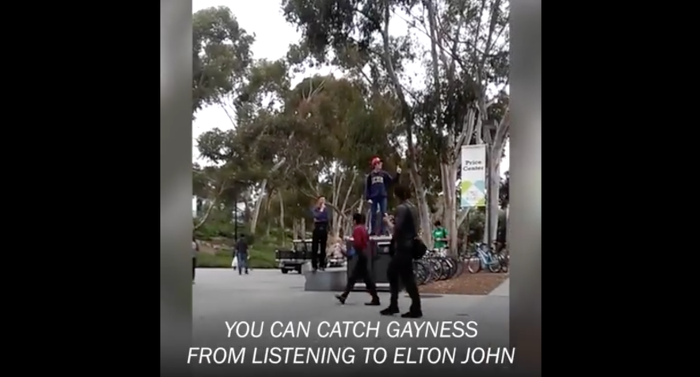