In Row Over Soccer Jersey, the Christian Deserves Our Sympathy (Yes, Really)

Here’s a quick hypothetical: Say that you’re a valued member of a national sports team. One day, the governing body of the sport decides that your team will, for one month, be outfitted with jerseys that celebrate a cause you can’t get behind. That is, by donning the shirt, you’d be promoting something that is seriously at odds with your personal convictions.

It could be that you’re asked to wear, right there on your chest, the Gadsden flag, now widely associated with the Tea Party. Or it could be that the shirt bears the logo of Saudia, the national airline of a country known to severely punish atheists and uppity women. Perhaps you’d be expected to sport a jersey featuring a Bible verse that condemns homosexuality (take your pick). 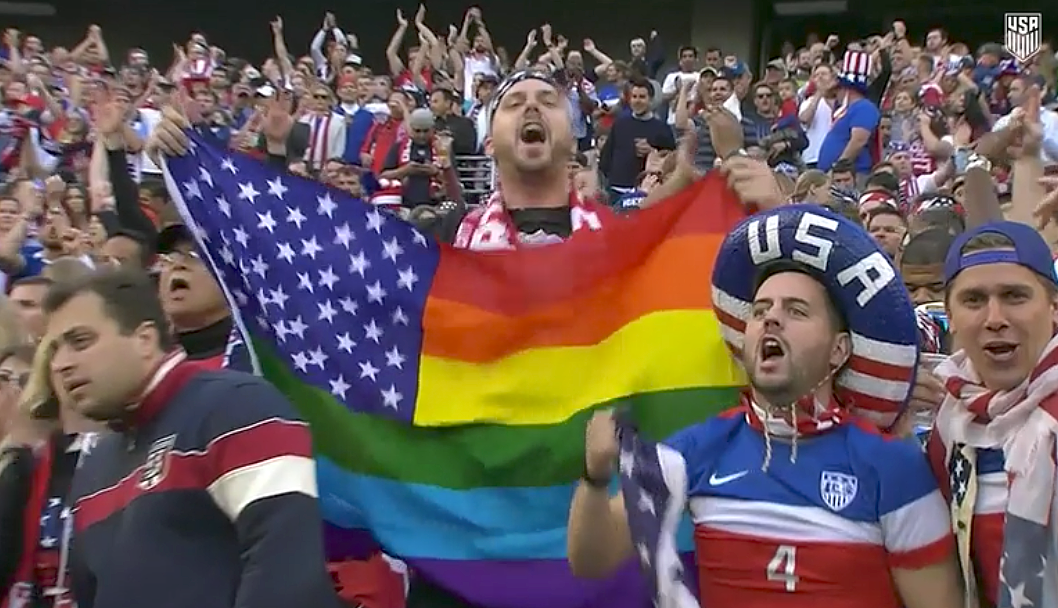 If you’re like me, you’d decline. I’d probably even speak out about my reasons (possibly vociferously, Colin Kaepernick-style). But I think it’s equally honorable to bow out quietly, so as not to create too much of a distraction for the team.

And that latter approach… that’s exactly what Jaelene Hinkle did.

Christian soccer player Jaelene Hinkle has withdrawn… from the U.S. soccer team after it was announced that the squad would be wearing rainbow-colored ‘gay pride’ jerseys in their upcoming game. She cited “personal reasons” for her refusal to play.

Probably because the rainbow-colored shirts were to be worn in June only (gay pride month), Hinkle withdrew from playing two June friendlies, against Sweden and Norway. The defender will be back after that. It’s worth noting that, with her reference to “personal reasons,” she didn’t raise any kind of stink about her pulling out (not that there’d be anything wrong with that if she had); nor has she confirmed that she sidelined herself specifically because of the shirts. 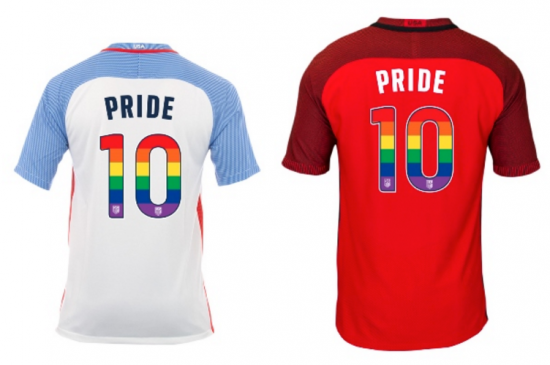 But lots of people began scouring her social-media pages for clues and possibly for something to get offended over. Admittedly, that wasn’t hard to do. For instance, Hinkle

… converted a gay pride logo into a celebration of the cross on Instagram the same day the Supreme Court ruled in favor of same-sex marriage in 2015 while sharing her thoughts on the decision.

“Jesus … came so that the lost, rejected, and abandoned men and women would find Him and believe. I believe with every fiber in my body that what was written 2,000 years ago in the Bible is undoubtedly true. It’s not a fictional book. It’s not a pick and choose what you want to believe. You either believe it, or you don’t. This world may change, but Christ and His Word NEVER will,” she said.

You and I roll our eyes at that, but in a country where three out of four citizens are Christians, that’s a pretty common belief — to which Hinkle is, it bears repeating, wholly entitled. Of course, she’d also be well within her rights to believe and express something that isn’t part of the mainstream. As are we all. Such is the advantage of living where freedom of speech and freedom of religion are literally the first things guaranteed to us in the country’s enumeration of our rights.

I’ve heard or read nothing to suggest that Hinkle is anything less than cordial and professional toward LGBT soccer players and personnel. If she were in fact to scold and castigate them, à la the abominable Margaret Court, thereby creating a hostile work environment, that would be a different kettle of fish. Then I could see grounds for disciplinary action, and possibly dismissal. But we’re not talking about behavior, or even about an openly hostile, toxic attitude; we’re talking about an article of faith. Wrongheaded and prejudicial though that belief appears to us, there can be no doubt that it’s legal and (thank goodness) protected.

Each of us is different,

the athletes participating in the video reminded us.

And that’s what makes our team great.

Surely that same easy acceptance of human differences is due Jaelene Hinkle?

It’s a bit disappointing that the tolerance that progressives and atheists would like to see applied to themselves, and to gay people, is not always so readily returned. On the Facebook page of Stuff Christian Culture Likes, which published a link to the Hello Christian story, commenters got busy swearing at and otherwise attacking Hinkle. “Bye, bitch,” was among the less offensive responses. We also got

It’s so nice when the trash takes itself out.

You don’t have to like Jaelene Hinkle’s brand of Christianity (I sure as hell don’t), just as she has no obligation to cotton to the prickly pronouncements about her religion on this website. The important thing to remember is that, thankfully, we all get to decline to support what we genuinely disfavor. I would argue that the group-think and coercion to which Hinkle was subjected is not substantially different from that experienced by an atheist or a Muslim player whose coach wants them to participate in Jesus-exalting team prayers on the pitch. Hemant (and the Freedom From Religion Foundation) have rightly protested that kind of arm-twisting many times. Shouldn’t it work both ways?

Now, it’s true that public schools and U.S. Soccer are constitutionally not the same… but surely most of us would be opposed to any kind of compelled religious endorsement in our private or professional lives, whether or not it took place in the public sphere.

I also recognize that to my knowledge, no one has attempted to stop Jaelene Hinkle from speaking, nor am I aware of any sponsor or team repercussions against her. In case those should arise, I’ll be firmly on her side, my decades-long advocacy of gay rights notwithstanding.

How about you? How did you fare in the thought experiment at the start of this piece? Can you walk a mile — or even a few honest steps — in Hinkle’s cleats?

P.S.: One more point deserves addressing. Hemant pointed out to me that no one asked Hinkle to wear a shirt supporting marriage equality or other laws expanding gay rights. The rainbow-themed jerseys are, we are told, simply about diversity and respect. A player who rejects something as simple as that, Hemant argues, isn’t the same as a player who declines to wear garb promoting an actual policy or a law she disagrees with.

I see it that way too, but to most conservative Christians, homosexuality is forbidden in their unfortunate book, and that’s it. While to us, this is a message about respect (and who could be against respect?), hardline Christians believe that the rainbow graphic celebrates a hated-by-God “alternative lifestyle.” Remember, it’s not “Respect Everyone” month, it’s specifically “Gay Pride” month. That might be a little much for Christian conservatives to get behind, especially if they get a sense, correctly or not, that their own tribe is being brow-beaten over the matter, rather than, well, respected. 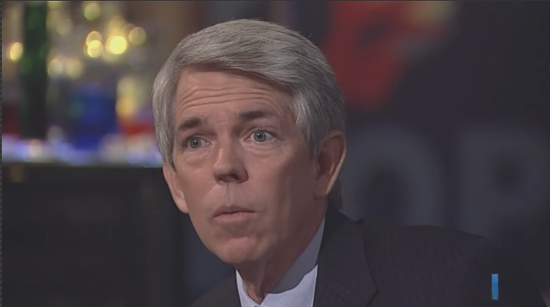 June 14, 2017
David Barton: God Gives Us Bad Weather Because Women Are Having Abortions
Next Post 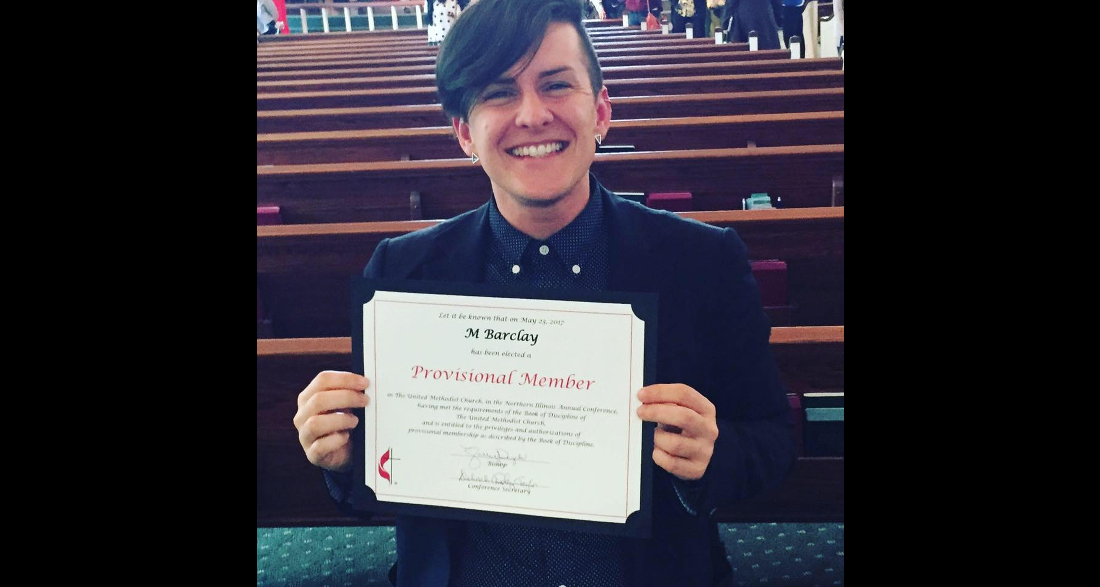 June 14, 2017 The United Methodist Church Appoints Its First Transgender Deacon
Browse Our Archives
What Are Your Thoughts?leave a comment