In a video that’s cruel, unusual, and batshit crazy, State Rep. Mike Moon of Missouri slaughtered a chicken, then pulled out its heart for viewers, in order to show that innocent life must always be protected.

Because abortion. (Yeah, I know… More on that in a bit.)

This might make you queasy. A transcript is below. 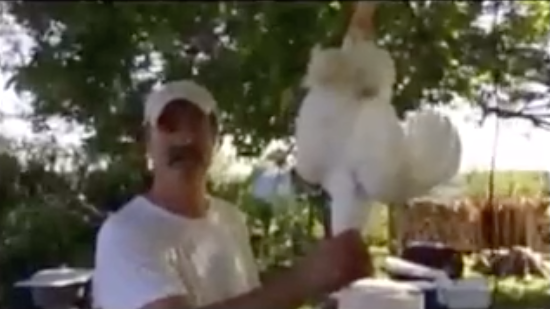 When the governor called for the second special session this year, I was right in the middle of my summer job. But like any good career politician, when I get the call [beheads chicken], I’m going back to work.

God gave us man dominion over life. He allows us to raise animals properly, and care for ’em, and then process them for food so we can sustain life. And that’s what I’m doing here with this chicken.

So we’ve been called back to this special session for the primary purpose of supporting life, protecting the unborn specifically. And [pulls out chicken’s heart] I think we need to get to the heart of the matter here. So today, I’m filing a bill that will lead to the stopping of abortion in the state of Missouri and I hope you’ll support it. So stay tuned for more details.

Maybe this is just vegetarian me talking, but if God gives us “dominion over life,” killing one creature to make the point that we shouldn’t kill another makes no damn sense. (Also not making sense? How Moon’s proposed legislation to stop abortion would survive a legal challenge.) When one commenter noted how gross his video was, Moon responded with, “Just think how gross abortion is.”

Was the point to compare the graphic killing of a chicken to an abortion? Because when doctors perform abortions, they don’t rip out the fetus’s heart. Or behead them. Or make a video in which they tell everyone to eat more chicken.

Maybe if he spoke to women instead of proposing legislation to show off his God-given “dominion” over them, he’d learn something.

Alison Dreith, the executive director of NARAL Pro-Choice Missouri, had the perfect sound bite when she said, “The only thing more absurd than that video is the GOP rep’s call to ban abortion in the state of Missouri.”

The legislation is reason enough to call his office at 573-751-4077, or email him at Mike.Moon@house.mo.gov, and voice your concerns.

Oh. I forgot to mention this. Moon’s a Republican. But you already knew that, didn’t you? 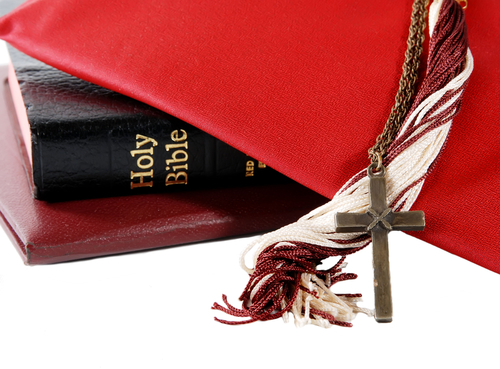 June 13, 2017 Anti-Gay Activist Calls for "Special Investigations" Into LGBT Rights Advocates
Browse Our Archives
What Are Your Thoughts?leave a comment