The Supreme Court currently consists of five Roman Catholics, three Jews, and Neil Gorsuch who grew up Roman Catholic but is likely a Protestant.

We might look at those labels and wonder where the atheists are.

But Christian activist “Coach” Dave Daubenmire thinks there aren’t enough Christians. Or at least the right kind of Christians: Evangelicals like himself. 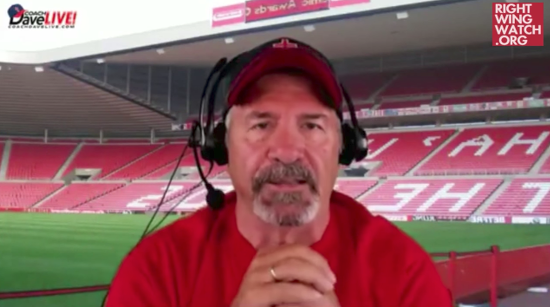 Daubenmire said it is an outrage that “we appoint to the highest judicial offices in the land people who do not share Christian biblical beliefs and then allow them to rule on religious affairs.”

“The coup has already taken place in the United States of America,” he said, “and non-religious judges are now ruling the day.”

First of all, the whole point of being a judge is that you can fairly evaluate situations that may not concern people like you. You don’t need Christians to rule on religious affairs. You only need people who understand constitutional law.

And second, who are these non-religious judges now ruling the day?! Because all nine of them believe in God.

Then, just to hammer home the point about how the current justices aren’t the right religion, he spelled it all out:

How great would it be if there were so many atheists in Congress that we could complain about the ones who didn’t pray the wrong way? 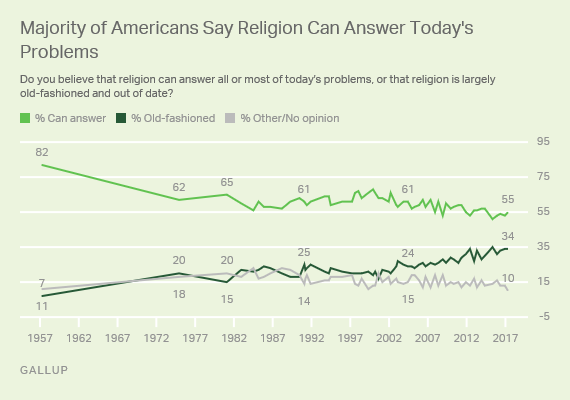 June 9, 2017
Most Americans Believe Religion Can Answer “All or Most” Problems (They’re Wrong)
Next Post 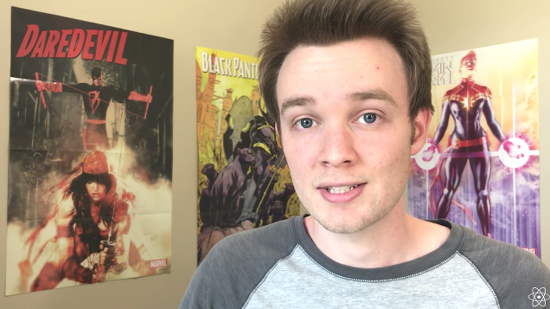 June 10, 2017 If You Live Under God's Rule, Just To Play It "Safe," You'll Miss Out on a Lot
Browse Our Archives
What Are Your Thoughts?leave a comment