22 people were killed (and dozens more injured) in the terrorist attack outside an Ariana Grande concert two weeks ago, and some of those victims were children. Remember how awful you felt for those innocent victims and their families when you heard about the tragedy?

Televangelist Jim Bakker certainly doesn’t. Because on his show yesterday, he blamed the victims for bringing this attack upon themselves. After all, they were attending something called the “Dangerous Woman Tour” and God couldn’t possibly have been happy about that. 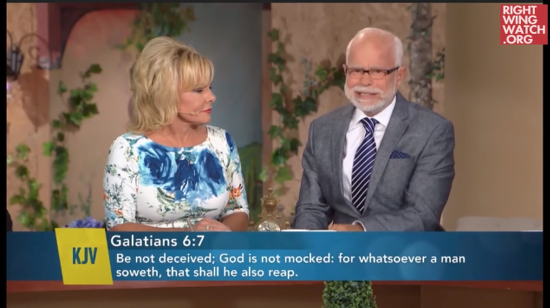 What was the name of that concert? ‘Dangerous Woman concert.’ If we could tell you what we know — and we don’t have time today — but we’re going to talk about some of those things, they literally invited these kinds of things to happen. They almost cursed themselves with this concert. I tell you what, God’s not going to put up with mockery. ‘Be not deceived, God is not mocked.’

Why blame religious beliefs when you can blame confident, independent young women?

Bakker added that young people were rudely disrespecting Donald Trump and Mike Pence by protesting them or walking out on their speeches. Which makes sense. If we encouraged people to stand up against bigotry, incompetence, and idiocy, Bakker wouldn’t have any fans left. 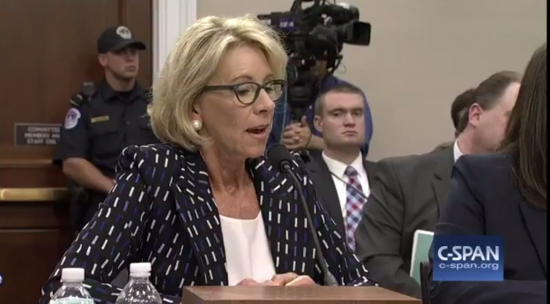 June 6, 2017
Betsy DeVos Has Changed Her Mind on Funding Schools That Reject Black and Gay Students
Next Post 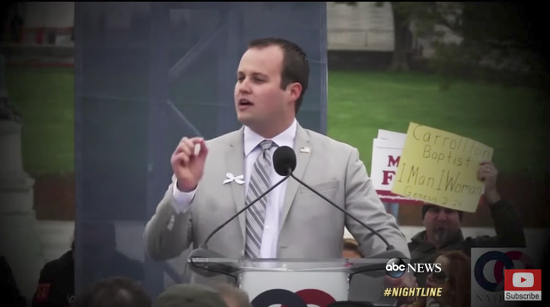