The Supreme Court unanimously decided this morning to punch a hole in the wall between church and state, ruling that the “exemption in federal pension law for church retirement plans” should apply to plans that aren’t created by churches, too. (It was an 8-0 ruling; Justice Neil Gorsich wasn’t confirmed until after the oral arguments so he didn’t participate in the decision.)

What it means is that faith-based hospitals will have the right to provide their employees with crappy retirement plans even though secular companies have to meet certain standards and safeguards.

But the Supreme Court heard a case in March, Advocate Health Care Network (AHCN) v. Stapleton, that was all about how religious hospitals are also subpar when it comes to covering pensions for their employees.

As it stands, the 1974 Employee Retirement Income Security Act (ERISA) says employers have to cover their employees’ future pension liabilities and offer insurance in case things go wrong. Churches, however, are exempt from that law, and that exemption has been extended to faith-based hospitals since 1980.

And because the churches didn’t have to care for their employees, they didn’t bother with it. They avoided the safeguards that protected everyone else, leaving their own employees without a safety net. (I guess they assumed Jesus would take care of everything after the employees died.) The Economist summarized what happened next:

Several years ago, some employees sued after enduring losses of up to 50%. In three separate class-action lawsuits, the Third, Seventh and Ninth Circuit Courts of Appeals all upheld district-court judgments in favour of the employees.

The appellate court rulings were based on the view that two Catholic and one Lutheran health network violated their fiduciary duties to their employees. The benefits they provided to workers did not qualify as “church plans”, the courts ruled, because ERISA only exempts plans “established and maintained for its employees by a church”.

Because the law referred to plans run by churches, the plaintiffs said, hospitals shouldn’t be exempt. They owed it to their employees to cover their pensions responsibly.

The ACLU and Americans United for Separation of Church and State added in an amicus brief that there was a church/state component to this case as well:

Permitting religious hospitals to hang their employees out to dry while demanding that secular hospitals honour ERISA’s expensive and administratively burdensome rules gives the former a “leg up in the competitive marketplace based solely on religion”. It would serve to “oppress and impose massive harm on working people that ERISA was enacted to prevent”.

While the three hospital systems directly affected by this ruling included 100,000 employees with severely underfunded pensions, the Court’s decision had the potential to affect up to a million employees of faith-based hospitals nationwide.

That’s why this decision was so consequential. Faith-based hospitals have screwed over their own employees by shortchanging their pension plans. No one’s challenging that. It’s a fact. The only question was whether they had a legal right to do that. And the Supreme Court has now decided they do.

The ruling, written by Justice Elena Kagan, said that Congress had the ability to separate religiously affiliated organizations (like hospitals) from churches, but they chose not to with the language in their bill, therefore the hospitals can be treated like churches.

Had Congress wanted, as the employees contend, to alter only the maintenance requirement, it could have provided in subparagraph (C)(i) that “a plan maintained by a church includes a plan maintained by” a principal-purpose organization — removing “established and” from the first part of the sentence. But Congress did not adopt that ready alternative. Instead, it added language whose most natural reading is to enable a plan “maintained” by a principal-purpose organization to substitute for a plan both “established” and “maintained” by a church.

The effect here is that religious hospitals will continue to shortchange employees just because they can, and many of those workers may not even realize it until they’re in retirement and it’s too late. It tells you a lot about the religious principles which guide these companies.

For what it’s worth, while Justice Sonia Sotomayor agreed with the decision, she did so with hesitation. If her job is to call balls and strikes, she’ll call the strike, she suggested, but that’s only because the rules require it, not because it’s the right move. She wrote in a concurring opinion:

I join the Court’s opinion because I am persuaded that it correctly interprets the relevant statutory text. But I am nonetheless troubled by the outcome of these cases. As the majority acknowledges… the available legislative history does not clearly endorse this result. That silence gives me pause: The decision to exempt plans neither established nor maintained by a church could have the kind of broad effect that is usually thoroughly debated during the legislative process and thus recorded in the legislative record. And to the extent that Congress acted to exempt plans established by orders of Catholic Sisters… it is not at all clear that Congress would take the same action today with respect to some of the largest health-care providers in the country.

[The hospitals in question] bear little resemblance to those Congress considered when enacting the 1980 amendment to the church plan definition. This current reality might prompt Congress to take a different path.

And in case you’re wondering how the Religious Right is spinning this, they’re calling it a victory for faith-based institutions. Here’s what conservative legal group Becket, which supported the hospitals, said:

The ruling rejects absurd claims from class-action lawyers that these Catholic and Protestant religious hospitals had to use the same sort of for-profit pension plans used by corporations such as Exxon or Walmart. That would have forced these hospitals to divert crucial funds from their charitable programs or even permanently close their doors.

… Had the class-action lawyers prevailed, they would have received millions of dollars in attorneys’ fees, robbing the hospitals of funds needed to help the poor and needy.

There’s no mention of the fact that the religious pension plans weren’t as good as the ones secular corporations have to provide.

Update: Americans United reacted to the decision with disappointment, as you’d expect:

“The Supreme Court has put the retirement of hundreds of thousands of Americans at risk,” said Richard B. Katskee, legal director of Americans United. “These hospitals now have the right to use their religious affiliation to pocket hundreds of millions of dollars that they promised to their employees as retirement funds and pensions.”

Continued Katskee, “Religious freedom is a fundamental American value. And the ability to retire with financial security is an important part of the American dream. Our country can and should deliver both.”

“Today the Supreme Court further elevated religion above the law, this time at the expense of hundreds of thousands of hardworking Americans. By exempting religiously-affiliated hospitals from ERISA requirements, the court has further legitimized the misguided claim that freedom of religion entails freedom from financial oversight.

The Court’s ruling will leave religious employers uniquely exempt from a longstanding federal regulation and religious employees without the protection of a much needed financial safeguard. We cannot allow religious belief to become a free pass from any laws an organization finds inconvenient or burdensome. The foundation of a secular government is the principle that people of all faiths and none have the same rights and responsibilities. With its ruling today, the Supreme Court has further chipped away at that foundation.” 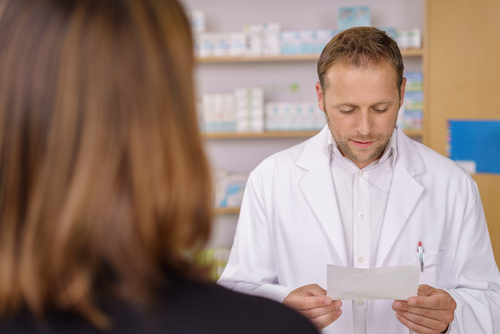 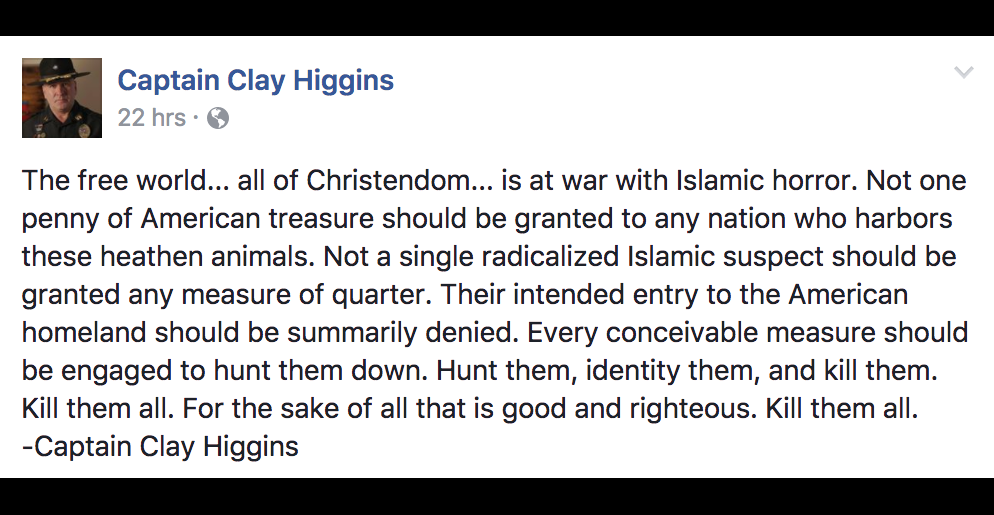 June 5, 2017 GOP Congressman Calls on "All of Christendom" to Slaughter Suspected Radical Muslims
Browse Our Archives
What Are Your Thoughts?leave a comment