There are public schools in Edmonton (Alberta) where they still recite the Lord’s Prayer every day. However, in other Canadian provinces like Ontario and British Columbia, courts have ruled that forcing students to say a Christian prayer is “coercive,” violates their rights, and singles out the kids who have to leave the classroom while their peers say the prayer.

In other words, this is something that’s still being debated across the country… at least until a national law gives everyone direction one way or the other. 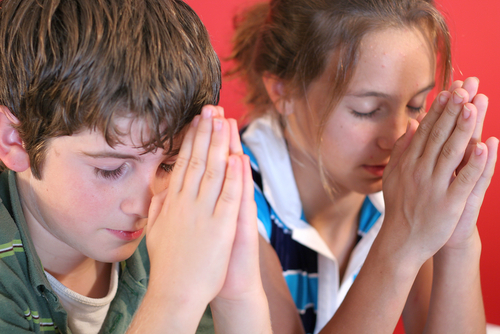 The Pembina Hills public school board in Edmonton wasn’t sure what to do when a parent complained about the prayers a couple of years ago. So they just made a smart decision. Rather than fight this in court, they’ll put a stop to the mandatory prayers altogether:

“At the end of the day, we have to look at the risks. We’re not in the business of challenging the Constitution,” said Pembina Hills school board chairperson Jennifer Tuininga.

That’s one way to save face. Rather than say, “We were wrong to force Christianity upon all students,” they’re basically arguing this is a financial decision.

Their press release was even worse. Just look at how they talk about the families who forced their hand on this issue:

The tradition of reciting the Lord’s Prayer was questioned by some parents in 2015. After consulting with the school communities of Busby, Dunstable and Pembina North in the fall and winter of 2015 to meet the legal requirements and respect community wishes, the PHPS Board of Trustees made the decision to direct the recitation at these schools.

The board believes that the constitutional and legislative framework in Alberta permits the recitation of the Lord’s Prayer in schools under certain conditions. If we were to proceed with the Tribunal, we would be faced with hiring lawyers for a very complex legal case that involves founding legislation, including the 1867 constitution, potentially resulting in hundreds of thousands of dollars in legal costs. The Board of Trustees believes these dollars should be invested in supports for teaching and learning in Pembina Hills Public Schools’ classrooms, rather than in courtrooms.

Therefore, the board has made the decision to stop the practice of reciting the Lord’s Prayer at Busby, Dunstable and Pembina North Community Schools effective May 26, 2017. As a result of the board’s decision, the complaint before the Human Rights Tribunal is being withdrawn. We will continue to focus on providing an excellent education to our students.

How’s that for taking responsibility?

If only these those damn parents would stop pointing out our problems, we wouldn’t have to stop praying! Blame them, not us!

Luke Fevin, an atheist activist who has fought to stop these prayers for years, says the district would have lost a court battle and this is the right move, but he’s furious at how they’re treating the people who raised this concern since they didn’t do anything wrong.

Luke Fevin, a St. Albert parent who founded the secular education advocacy group APUPIL after a battle over prayer in his children’s public school, said precedent-setting court rulings elsewhere suggest this was a battle the school board could have lost.

“Why is it OK to discriminate, single out and put a child through a belittling experience every morning for someone else’s privilege?” Fevin said.

Fevin is upset a Pembina Hills news release “hangs the (complainant) family out to dry” instead of standing behind the decision. He said his family was bullied and shunned when they pushed for changes in St. Albert.

Fevin also points out that the District neglected to mention a Human Rights complaint that was filed for identical reasons in Saskatchewan. There, the HR board also ruled in favor of the families.

But this is how things change. As the saying goes, “First they ignore you, then they laugh at you, then they fight you, then you win.” Throwing you under the bus isn’t in there, but it might as well be. 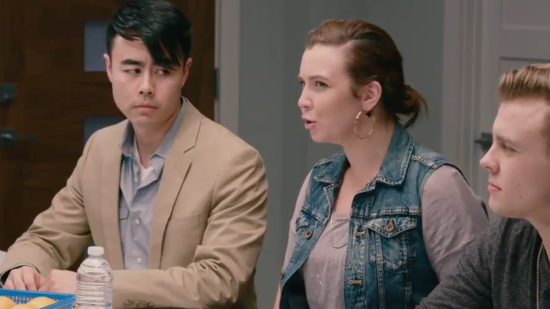 May 29, 2017
Jehovah's Witnesses Will Soon Watch an Anti-Gay Film Urging Them to Choose God Over Cash
Next Post 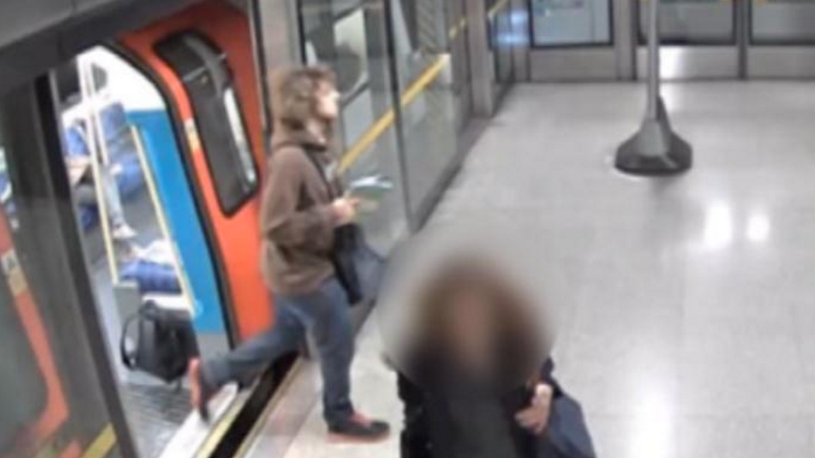