The Creation Museum Opened Up Ten Years Ago Today May 28, 2017 Hemant Mehta

The Creation Museum Opened Up Ten Years Ago Today

The Creation Museum turns 10 today, but the exhibits inside will set your mind back more than a century. 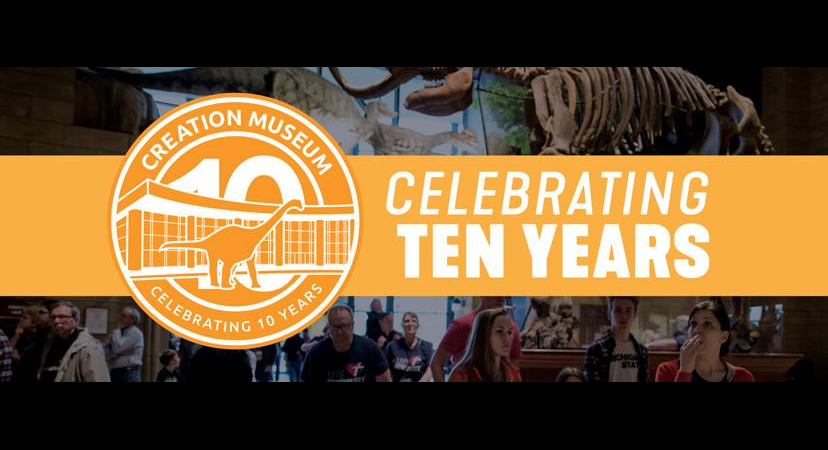 The vision for the Creation Museum dates back to my public school teaching days in Australia over 40 years ago. God laid a burden on my heart to build a creation museum to counter the atheistic evolutionary indoctrination of the many secular museums my students visited. As early as the 1980s, while still in Australia, we were praying for a piece of land for a museum. Little did I know then that God would answer our prayer many years later in a totally different country and with a much bigger vision than I ever imagined!

The “atheistic evolutionary indoctrination” he’s referring to is what the rest of us call “science.” And to some extent, his plan has worked. We still have to combat the influence of Creationists who want to weaken science education across the country. But courts have repeatedly shut them down, saying they’re advocating a religious doctrine, not a theory backed up by any evidence. And polling shows that Creationism is weaker today than it’s ever been (even though we’re still talking about 38% of the country who believe it).

And, of course, we’ve never seen more Creationists at the highest levels of government than we do right now.

So that’s one full decade for the largest monument to bad science and religious idiocy we’ve ever seen. Ten years of misinformation and wasted money. Ten years of celebrating ignorance.

It’s a place I’ve encouraged people to visit, only so they can see for themselves the (peaceful) logical conclusion of religious fundamentalism. I only wish I knew how many visitors have gone there purely for shits and giggles.

There was a protest outside the museum the day it opened (full of people who argued that it was promoting bad science), and I was fortunate to be one of the speakers at an indoor rally later that day. Here’s what I said:

Who knew there would come a day when Intelligent Design would be seen as a step up from anything?

Unfortunately, here we are, at the opening of this Creation Museum. Apparently, this is a museum full of hard facts and evidence. In fact, listen to what Answers in Genesis co-founder Mark Looy said in Friday’s Columbus Dispatch when asked how the Tree of Life portion of the Garden of Eden exhibit came about, since there’s no fossilized evidence revealing what the Tree actually looked like.

I’m offended by this museum for a number of reasons.

As a high school teacher, I’m upset that students might consider this a worthy source for information since it’s a “museum” and it has the support of a handful of people with the letters Ph.D. after their name.

As the chair of the Secular Student Alliance, I’m shocked that a fringe religious group can claim that their world-view is a legitimate alternative to science and be taken seriously by the media that doesn’t know any better.

As a science advocate, I’m sad that there will be young kids lacking critical thinking skills who will be suckered into thinking any of these exhibits actually reflect current scientific thought.

As a person who appreciates honesty, I’m distressed that museum visitors are essentially being told that the scientists who talk about fossils that are millions of years old and biologists who write peer-reviewed papers in support of Darwinian evolution are lying to you.

As an Indian-American, I’m shocked to find out that, according to the museum, my people didn’t exist 6,000 years ago.

There is an up-side to all this, though. We can use this museum to our advantage. Educated science teachers and professors need to be willing to take their students on a field trip to this museum, walking them through the building and explaining everything that is wrong with the exhibits.

It may need to be an overnight trip.

We need someone to create a podcast of a walking tour through the museum. This way, people can download the mp3 for free before coming here, and they can listen to proper scientific responses to the garbage they’re seeing.

Let’s create a handout for students so that if they have to come here, they have a list of scientific facts in front of them, and a list of difficult questions to ask their tour guides.

As the headline from a Scientific American blog posting noted, the one piece of accurate information you do learn after a trip to this museum is that Creationists have lots of cash. But that’s where the justifiable information stops.

We know this is bad science, but it’s even worse religion. I hope that Christian pastors and leaders across the country will help us in denouncing this museum to their congregations. There are plenty of Christians out there who manage to reconcile faith with science. This museum is as much of a travesty to their beliefs as it is to ours. If they support the truth, they cannot simply stand back and watch the rest of us protest. This can’t be an atheist-only rally. It needs to be a multi-faith demonstration. Christians need to be on the front lines, too.

We’re all here because we support scientific truth and we know that young people would be in awe of science if only they had a proper understanding of it. As one blogger put it, “How many of these children might have become groundbreaking scientists were it not for the constant stream of anti-evolutionary propaganda overwhelming them since before they ever start school?“

This museum takes childlike curiosity about the world and rips it apart by telling children (and uneducated adults) lies about how the Earth and our bodies came to be. If we care at all about the future, we can’t let this museum get away with calling itself an educational institution.

Let’s get one thing straight. This is not a demonstration against the Bible. It’s not a rally against Christians’ right to literally believe what the Bible says. It’s a rally calling for people to educate themselves at a real museum. Run by real scientists. Who rely on all pieces of evidence, not just those that fit neatly, or can be forced, into the Biblical story.

Real scientists know that there is always more work to be done and so much more to be discovered. We don’t know everything, and we’ll admit that, but we have a damn good method to find the answers.

I dare you to show me one place in the Creation Museum where there’s an unanswered question. These people pride themselves on the idea that the book of Genesis tells them everything they ever needed to know about Creation. That’ll be their ultimate downfall… if we can shed light on it.

But unless we have scientists, bloggers, Christians, students, and teachers explaining exactly why this museum has nothing to do with science, and everything to do with the whims of a few fundamentalist religious people, there’s no way we will overcome this mess.

Let this museum be a wake up call to educators everyone that we need to do a better job of teaching science.

If we are spurred to do that, maybe this museum won’t be a complete waste of money. And won’t it be an amazing day when we can tell students to check out the Creation Museum because their final exam will include an essay question where they have to discuss all the mistakes they found in the science?

A lot of that, I think, still holds up today. All the more reason to keep fighting back. 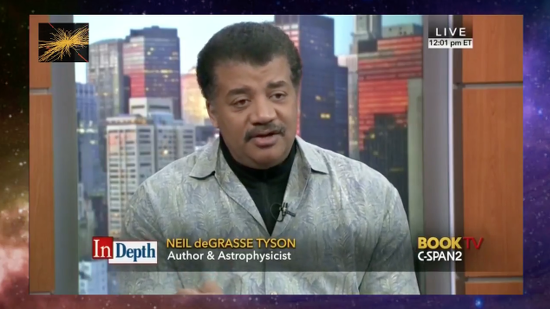 May 28, 2017
Got Three Hours to Spare? Here's Neil deGrasse Tyson Talking About Astrophysics
Next Post 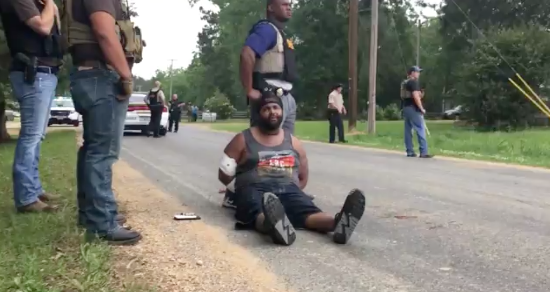 May 28, 2017 Mississippi Man Who Allegedly Shot and Killed 8 People Says God Will Forgive Him
"I never thought I'd see to defrent forms of cancer try and kill each other"
Thomas Grove Pastor: Christians Can “Prepare the Way” ..."
"https://uploads.disquscdn.c..."
Zasz Sri Lankan Exorcist Under Arrest After ..."
"the kids of today are too susceptible to being manipulated by the fake news, also ..."
Laurie Chase Gonzalez MAGA Cultist: “I’ll Admit It. I ..."
"So we live in a republic and we the people should have a voiceShe doesn't ..."
Just Bob Idaho Christian Lawmaker Opposes Mask Mandates ..."
Browse Our Archives
What Are Your Thoughts?leave a comment