In what appears to be a dramatic shift from the tone of his election campaign, Donald Trump embraced Islam, Saudi Arabia, and the Middle East in general during his first foreign speech today. 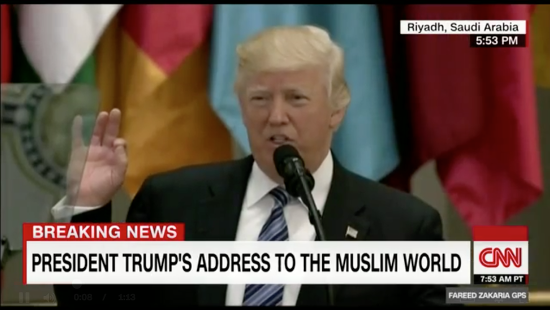 Trump, who in 2015 called for a blanket ban on all Muslims traveling to the United States, called Islam “one of the world’s great faiths” and acknowledged that most victims of terrorist attacks are themselves Muslims. He didn’t use the words “radical Islamic terrorism,” as he is fond of doing — and so fond of criticizing other people for not doing.

“This is a battle between good and evil,” he said. “Every time a terrorist murders an innocent person and falsely invokes the name of God, it should be an insult to every person of faith.”

“Terrorists do not worship God, they worship death,” Trump continued, delivering the speech during his first foreign trip as president.

Trump added that, “with God’s help,” the Arabic Islamic American Summit will mark “the beginning of the end” of extremist ideologies and terrorism.

With several reference to religion, including numerous prayers and claims that the foreign visit will bring “blessed news” to both nations involved, Trump hailed the Saudi kingdom as a “fabulous place” and the location of some of the “holiest sites.”

Again, Trump’s language while abroad conflicts with his own past statements. On Sept. 11, 2014, for example, Trump retweeted someone saying “Saudi Arabia are nothing but mouth pieces, bullies, cowards. They have the money, but no guts.”

"@Silverfoxgranny: #SaudiArabia Saudi Arabia are nothing but mouth pieces, bullies, cowards. They have the money, but no guts"

A couple of weeks before that, Trump tweeted: “Saudi Arabia should fight their own wars, which they won’t, or pay us an absolute fortune to protect them and their great wealth-$ trillion!”

Saudi Arabia should fight their own wars, which they won't, or pay us an absolute fortune to protect them and their great wealth-$ trillion!

Awkwardly enough, Trump even flip-flopped on whether or not the First Lady should wear a scarf while in Saudi Arabia. He criticized Michelle Obama’s choice to forego the headdress, saying her hosts were “insulted.” Melania Trump, of course, did not wear a scarf there either.

So, while Trump took a more moderate tone, his swing in policy and past rhetoric was certainly extreme. If you don’t believe me, take a look at all the times Trump mentioned Saudi Arabia on Twitter before this month. 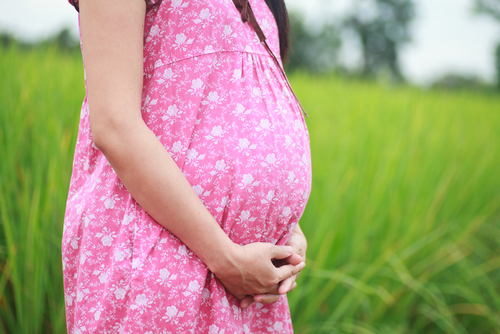 May 21, 2017
Christian School Condemns Abortion, Then Punishes Student For Not Having One
Next Post