Montreal is Taxing Churches for Sensible Reasons; Naturally, Ministers Are Freaking Out May 16, 2017 Hemant Mehta

Montreal is Taxing Churches for Sensible Reasons; Naturally, Ministers Are Freaking Out

The city of Montreal, like in the U.S., doesn’t tax churches. But they’ve found an exception up north. If no one’s using the church — or a minister’s residence — for the purpose of worship, it becomes taxable property. A church that lets a Boy Scouts troop meet in the building, for example, isn’t using that space explicitly for religion, so it’s fair game. Ditto if the church is undergoing renovations.

Government officials have even been visiting churches since 2015 to figure out which rooms are being used and when. 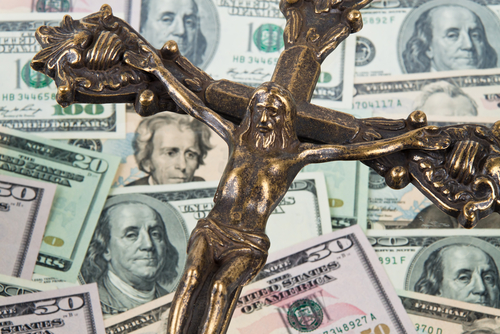 “The indication is there’s not an exemption for the church as a whole, there’s only an exemption for those areas used for public worship and things directly related to it,” said [Cote des Neiges Presbyterian church Minister Joel] Coppetiers.

As a result churches feel pressured to sell swiftly, with Trinity Memorial being sold to Stanford Properties Group within two months.

It’s hard to argue with that. Churches already have the perk of not paying taxes. Now they want an exemption beyond that? More than a decade ago, the city of Stafford, Texas was in the news because it had so many churches — therefore so many buildings that didn’t pay taxes — that city officials couldn’t figure out how to pay for basic communal needs like schools and roads and police officers.

Montreal doesn’t want to be in that position. They’re already giving churches a gift; they don’t need to give them an additional handout, too.

It’s also led to a game with the church leaders. As Coppetiers admits in a video, when a part of his church was undergoing renovations and worship moved to a different area, he still allowed a few church members to go into the construction space to pray for 20 minutes at a time just so he could say it’s being used for worship purposes. Clever. But even he says he doesn’t want to be gaming the system; he’d rather the government stop asking his church for property taxes altogether so he can use the space for other programs that aren’t directly tied to worship without worrying that he’d lose money by doing that.

The problem with his argument — which makes a lot of sense to me on the surface — is that churches routinely abuse that privilege. When ministerial housing is vacant for months at a time, it should be taxed. When a church is just taking up space most of the time because no one’s using it, the owners should have to pay taxes on the building. If they’re actually making use of the building for the reasons they’re getting a tax exemption, fine.

The city has to draw a line somewhere. Now that they have, it’s hardly surprising that some church leaders are upset over it. 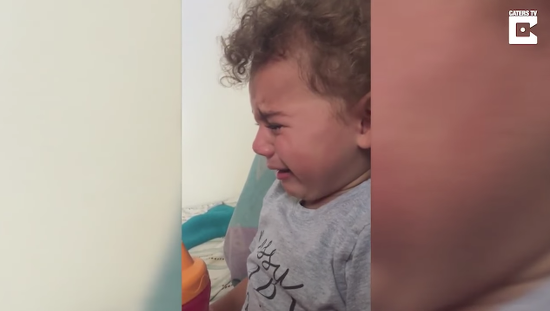 May 16, 2017
This Video of a Two-Year-Old Girl Crying Out for Jesus Is Not "Adorable"
Next Post 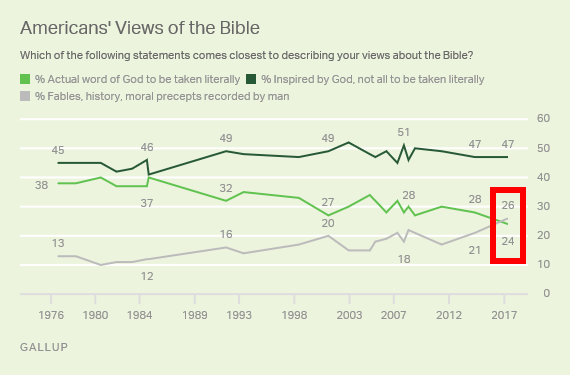 May 16, 2017 Gallup: Fewer People Than Ever Before Think the Bible is Literally True
Browse Our Archives
What Are Your Thoughts?leave a comment