A Missouri public school administrator deciding to turn a graduation ceremony into a church service over the weekend. Willard High School’s Superintendent Kent Medlin should have talked about the students’ future; instead, he gave a sermon.

“He asked students to stand up and pray as a Christian, quoting the Bible numerous times throughout. Many students felt extremely ostracized by the situation, when choosing not to pray,” said Ashlynn Bradley, a senior. “Dr. Medlin, the superintendent, even invited students to his office for coffee to discuss ‘the Lord.’ This was incredibly inappropriate.”

It’s not that he tried to exclude them. It’s that he assumed everyone would be just fine with him talking about Christianity at a time when they should’ve been celebrating their high school careers and looking to the future.

Medlin said he gave a speech using the acronym GUTS and the first three letters stood for grit, understanding and teamwork. In talking about the “S” he said everyone needs somebody or something that will guide them to the finish line.

He said he told the crowd: “For me, that S stands for my savior.”

Medlin acknowledged he concluded his speech by inviting families and community members to stand and join him, if they wanted to, as he recited what he described as “a blessing” for the 307 graduates.

No church/state separation group has sent a warning letter to the District just yet — it’s too early — but some of the students told reporters that they had warned Medlin against preaching at graduation. Again.

Bradley said over the years Medlin has included a “small prayer” during graduation but several students sent letters asking him to skip that this year.

“We asked him to please refrain from doing so because it makes others uncomfortable,” she said.

Asked if he received such requests, Medlin said no.

“We hope we’ll set a precedent in Willard so other students don’t have to go through what we went through,” she said.

When students have to educate their administrators on the law, you know things are bad. (Or good, I suppose. This District is clearly sending smart students to college.)

Bradley wasn’t the only student speaking out. Even students who appeared to share Medlin’s beliefs thought he went too far.

Sophia Spangler, a senior who spoke at graduation, said the prayer didn’t contradict her beliefs and there were many Christians at the ceremony who likely felt comfortable. But, she believes Medlin’s actions were out of line.

“There were a number of individuals who were made uncomfortable,” she said. “We live in an area of predominately one faith but that can be isolating to people of other faiths.”

Joseph Amundson, a senior, said he chose not to stand and doesn’t want future graduates to feel the same pressure.

“I was upset by it. I thought it was offensive to anyone who was attending who was not of the Christian faith,” he said. “I didn’t stand because it made me so mad that he did that.”

Holy crap, these students are amazing.

Medlin didn’t say he would stop preaching at graduations. So far, here’s only offered an apology if anyone was “offended.” As if this would’ve been okay if no one was brave enough to speak up.

Needless to say, prayer at graduation ceremonies is unconstitutional. Quoting the Bible and leading Christian prayers has no place at this kind of event. Even in Missouri.

Medlin didn’t “inspire” students with his devotion. He turned a ceremony for the students into a celebration of his personal religion.

“I came there to graduate, not go to church. It kind of ruined the rest of my night,” said Preston Schaeffer, a senior. “That was the last night of my high school experience and he chose to talk about religion instead of graduation.”

Medlin owes all of them an apology, and he needs to promise never to bring up his faith while on the clock ever again. And any Christians who claim he did nothing wrong should tell us if this would’ve been acceptable if a Muslim administrator did it instead. 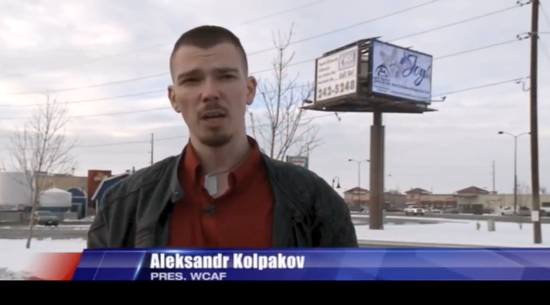 May 15, 2017
Atheist Activist from Colorado Arrested on Suspicion of Second-Degree Murder
Next Post 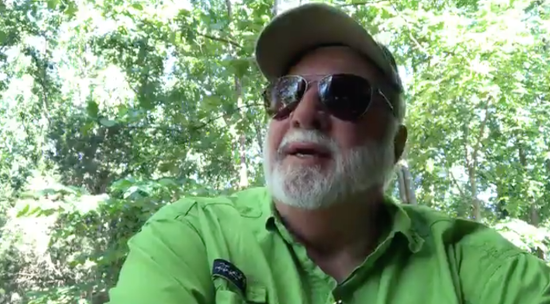