Ranting Man Assails Muslim Family on Beach: “You Will Never, Ever, Ever Stop… My Christianity!” May 12, 2017 Terry Firma

Ranting Man Assails Muslim Family on Beach: “You Will Never, Ever, Ever Stop… My Christianity!”

A Muslim family with children was enjoying a day at a beach on South Padre Island, Texas last week, when another beachgoer unexpectedly began hurling abuse.

… Alexander Downing, 35, of Waterford, Connecticut, can be heard screaming in a video of the incident (below).

The reportedly inebriated man then grabbed his crotch repeatedly, yelled that his victims should “suck my dick,” — and, for good measure, invoked President Trump. 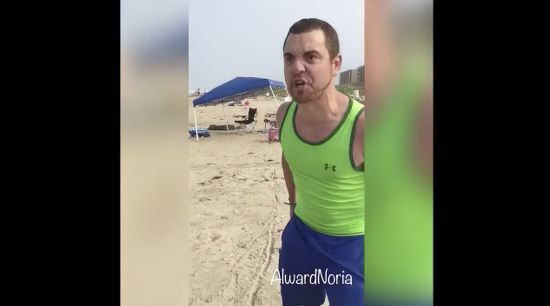 Leading up to the confrontation, according to a description of the video by one of the members of the targeted family, was this:

My father was approached by two [women] who were also enjoying their time. The women asked him to help with talking to a stranger who was harassing them. All my father said to the guy was, ‘Please enjoy your time and have fun and let everyone else here enjoy their time.’ The guy seemed to listen and walked away. He then came back to my father and started throwing racist comments.

Ironically enough, Downing can be heard asserting at one point that “My country is the greatest country in the world.”

It could be one day, I suppose — but probably not with aggressive bigots like him around.

Local cops arrested Downing for public intoxication, after assessing that he was “a danger to himself and others.” 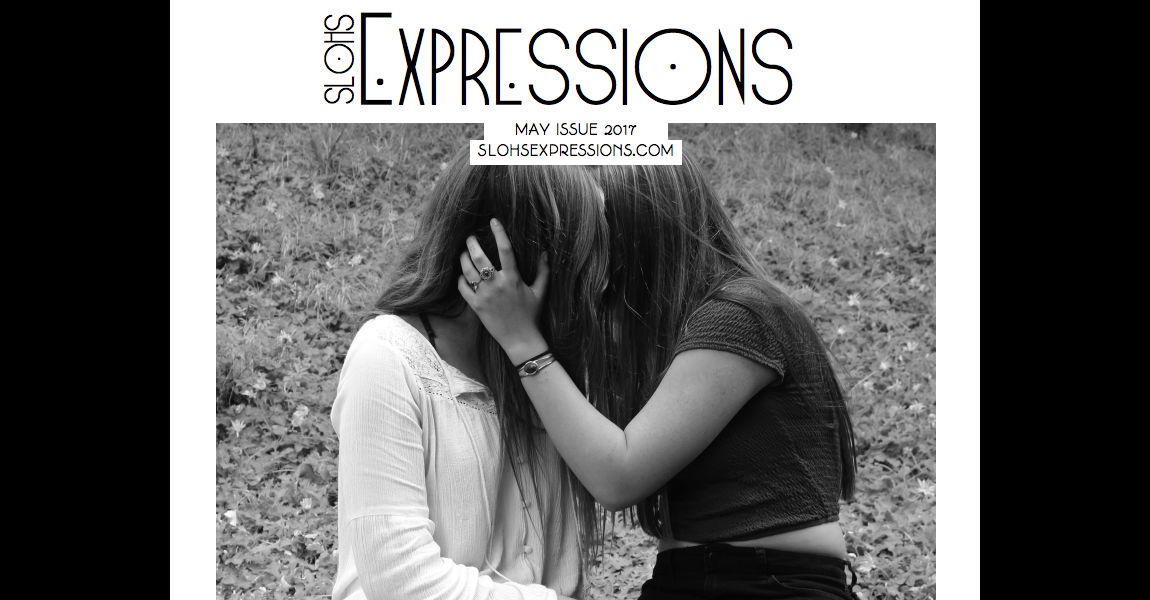 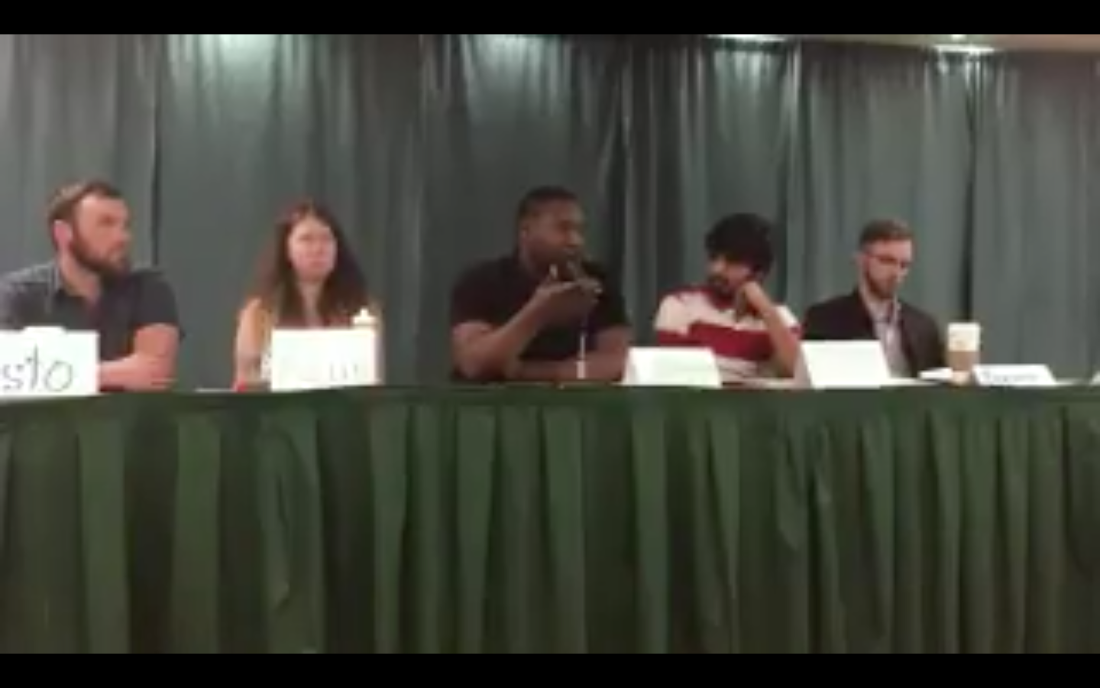 May 12, 2017 Student Reporter Fired for Sharing Video of Muslim Explaining Death for Apostates Under Sharia Law
Browse Our Archives
What Are Your Thoughts?leave a comment