What Everyone Is Missing About Donald Trump’s Executive Order on “Religious Liberty” May 11, 2017 Hemant Mehta

This is a guest post written by Casey Brescia and Sarah Levin of the Secular Coalition for America. Brescia is the group’s Communications Associate and Spokesman, and Levin is the Senior Legislative Representative. 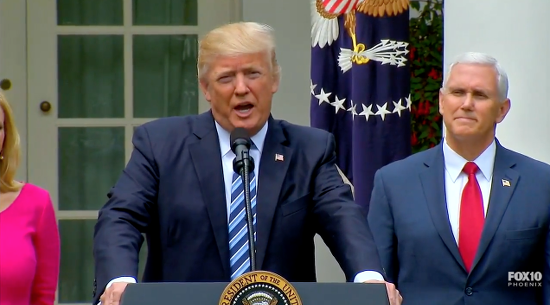 Last Thursday, the Secular Coalition for America issued a strong statement and an Action Alert opposing President Trump’s executive order on religious liberty. Some of our supporters have contacted us asking why other organizations typically aligned with our position on the separation of church and state have offered a more muted response.

As an organization that is laser-focused on the issue of religious freedom and the separation of church and state, particularly as attacks on our secular government impact the nonreligious, we stand by our conviction that Trump’s executive order constitutes an aggressive assertion of religious privilege that warrants fierce condemnation and bold collective action.

In this article, we lay out our case for why the Trump Administration’s executive order solidifies a status quo that ought to be unacceptable to all those concerned about preserving the secular character of our government. While it fails to substantively change policy, this order encourages churches allied with the Trump Administration to continue violating the law. It also signals that the White House is eager to assist in advancing the Religious Right’s agenda.

Yes, the Executive Order Has Tangible Impacts on Civil Rights.

The President’s order instructs the Attorney General to provide guidance to all agencies on “interpreting religious liberty protections in Federal law.” In the past, Jeff Sessions has questioned whether secular people can understand truth, co-sponsored the First Amendment Defense Act (FADA), and called the separation of church and state “unhistorical and unconstitutional.” Given Mr. Sessions’ history, it is entirely reasonable to assume that he will adopt the most extreme interpretation of the Religious Freedom Restoration Act (RFRA) in guiding his execution of this order.

The Human Rights Campaign shares this assessment and highlighted how this interpretation of RFRA could impact policy within federal agencies in such a way that would prove devastating to LGBTQ people. Under President Obama, federal agencies were crucial to advancing LGBTQ rights. If the previous President could improve LGBTQ rights this way, it stands to reason that President Trump can, at a minimum, erase the gains that Obama achieved, if not make things worse. This also applies to the contraception mandate, the enforcement of which is entrusted to HHS Secretary Tom “bring me one woman who can’t afford birth control” Price.

The order is being assessed against a backdrop of wildly overreaching executive orders, including the travel ban and executive orders on immigration. While this order might appear mild in comparison to executive orders that physically restrict people’s freedom of movement, it is critical that we do not lose sight of its significance just because the bar for what we now consider “extreme” has been set so high.

While the American Civil Liberties Union (ACLU) has not sued because the Trump administration was more careful in drafting their order, their own statement on the executive order acknowledges that, “The directive to federal agencies to explore religious-based exemptions to healthcare does cue up a potential future battle.” While the order does not immediately alter policy, it instructs federal agencies and law enforcement to find creative ways to subvert the law.

Anyone who thinks this executive order won’t be abused is assuming that individuals like Jeff Sessions, Tom Price, Betsy DeVos, and Ben Carson (nominees the Secular Coalition strongly opposed) will not jump at the chance to write their religious beliefs into regulatory guidelines.

We are calling the executive order the “epitome of religious privilege” because, in a textbook case of religious favoritism, the order exclusively eases enforcement of the Johnson Amendment for nonprofits serving as houses of worship and effectively subjecting nonprofits with a secular purposes to a different standard. As our member organization, Freedom From Religion Foundation, points out in the lawsuit they filed against the Trump administration , the government has an obligation to apply the law equally. In this instance, the Trump Administration is granting a special privilege exclusively to churches.

Why Others Have Downplayed the Executive Order’s Impact

In February, an alleged copy of the religious freedom executive order was leaked by The Nation and included a broad license to discriminate on the basis of religion. It was cartoonishly unconstitutional and would have triggered precisely the type of embarrassing legal defeat that the administration wants to avoid. Recent experience has taught the Trump Administration to be mindful of the limits of executive authority (i.e. the humiliating defeats they suffered in court with the travel ban).

Since a full repeal of the Johnson Amendment would require an act of Congress, the President’s executive order constitutes the boldest possible action the administration could have taken without treading into patently unconstitutional territory.

The executive order signed by the President last week did not match the comparatively more extreme version leaked in February, and because the signing ceremony was competing with the coverage of the House repeal of the Affordable Care Act, the unfortunate effect was a muted response to an action that deserved broad and united condemnation and more careful scrutiny.

While most of the media coverage has focused on how disappointed the Religious Right is with the order, that’s only because those leaders expected Trump to grant their entire policy wish list with one stroke of his pen. Instead, he gave them the equivalent of a presidential promissory note on two of their key policy priorities: the repeal of the Johnson Amendment and a complete exemption from the Affordable Care Act’s contraceptive mandate. That’s far from nothing, and the very idea that a religious interest group with an inappropriate degree of influence on this administration is somehow perceived as losing out for not getting everything they wanted in this order demonstrates a disturbing complacency among the media and the public.

We want to make very clear: while President Trump may have won his election in great part due to white evangelicals, it is his duty to uphold and protect the religious freedom of all Americans. The unholy alliance between this administration and the religious right is unacceptable and must not, under any circumstances, be normalized.

The text of last week’s executive order might have been downplayed, but adjacent events that have extraordinary significance in the broader concept of the Religious Right’s agenda were altogether ignored or missed entirely.

The House Oversight and Government Reform Subcommittee hearing on the Johnson Amendment happened on the same day the executive order was signed. The hearing was deliberately stacked to favor the religious right. Three of the four witnesses were from the Family Research Council, Alliance Defending Freedom, and True the Vote.

The Family Research Council has frequently linked homosexuality with pedophilia and was founded by the prominent Christian Right leader Tony Perkins. The representative from Alliance Defending Freedom boasted about the group’s annual “Pulpit Freedom Sunday,” when they encourage clergy to tape themselves violating the Johnson Amendment and send those tapes to the IRS challenging them to act on it. The Family Research Council and Alliance Defending Freedom witnesses claimed persecution in one breath while, in another, bragging about taking advantage of the lack of enforcement by the IRS. No one seemed to think there was a contradiction there. In fact Congressman Jody Hice (R-GA), a cosponsor of a bill attacking the Johnson Amendment, shamelessly admitted to violating the law when he was a pastor, endorsing candidates from the pulpit with impunity.

When these three witnesses were asked why churches couldn’t just form a political action committee or a 501(c)(4), there was no answer. That’s because these groups want taxpayers to subsidize their partisan political speech.

It is no coincidence that this hearing took place on the National Day of Prayer, the same day the executive order was signed. Since then, no other major religious denomination has come out in support of repealing the Johnson Amendment. In fact, 99 denominations came out against it. It’s clear that the primary group that will stand to benefit from the repeal is President Trump’s evangelical base. His comments prior to signing the executive order, which received relatively little attention, allude to the fact that this action is motivated by political gain, not an interest in protecting religious freedom. The President said:

“As I campaigned across the country, faith leaders explained that they were prevented from speaking their minds because of a 1954 rule known as the Johnson Amendment… But no longer. I promised to take action… we are giving our churches their voices back — we are giving them back in the highest form. With this EO we also make clear that the federal government will never ever penalize any person for their protected religious beliefs.”

While some pundits have discussed the President’s fixation on the Johnson Amendment, few have dug deeper into how this policy goal fits into the bigger picture of the alliance between this administration and the Religious Right. While the Johnson Amendment applies to all 501(c)(3) nonprofits (4,500 nonprofits have expressed support for keeping the Johnson Amendment intact), houses of worship have a privileged exemption from financial disclosure, meaning there is no way to track their sources of income or expenditures. This is crucial for cementing the political power of the Religious Right and the future electoral success of the Trump Administration.

Discounting President Trump’s executive order as nothing but a glorified photo-op is a dangerous mistake which fails to appreciate the incremental nature of political change. This executive order sends a clear and unmistakable signal to the Religious Right that, to the best of its ability, the Trump Administration will ensure that they are allowed to violate the law with impunity. This will inevitably empower and embolden them to ask for more.

Conservative Christians have many policy priorities they hope to achieve during the Trump Administration, from restricting a woman’s right to choose, to sending taxpayer money to religious schools, to rolling back protections for LGBTQ persons. The reality is that, thanks to the wisdom of our founders, the separation of powers ensures that the President can only do so much to make this theocratic nightmare a reality.

Nevertheless, President Trump’s executive order represents among the best possible policy outcomes the Religious Right could have realistically hoped for. It sends a powerful message to their adherents and their allies in Congress that the President is eager and willing to sign legislation advancing their goals. The administration has made it clear that flagrant violations of the Johnson Amendment will continue to be the status quo and Christian leaders should continue to flex their political muscle by funneling money to candidates who will champion their crusade.

Those of us at the Secular Coalition for America refuse to fall victim to the extremely low expectations and normalizing of religious privilege that has come with an administration so closely allied with the Christian Right. 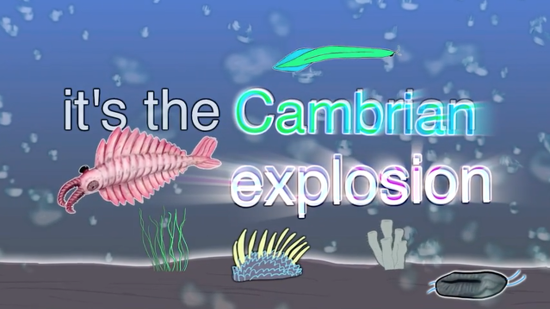