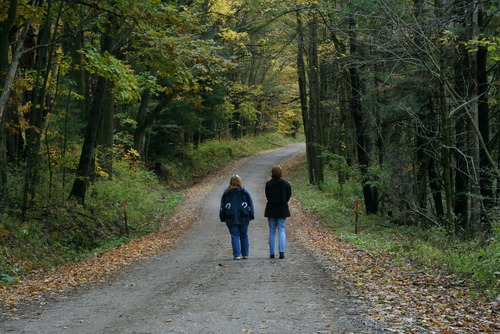 I am a 21-year-old college student. My dad is a Church of Christ preacher, and as you might guess the rest of my family is very religious.

Last October, my family found out that my sister (who is 18 and attends the same college as I do) and I stopped attending the Church of Christ. This was all they knew at the time — we hadn’t told them that we both identified as atheists and feminists, or that we were no longer politically conservative, for instance — but we were then financially cut off. After we left home they only covered our cell phone bills and insurance, and we both have jobs and several scholarships that pay for our tuition, bills, etc., so this wasn’t too much of a hardship; but the gesture was still clear.

Since then, my sister has told my dad that she is a feminist and my dad knows that I believe in evolution, but we have tried to avoid all talk about specific beliefs. As far as religion is concerned, in October we were regularly visiting different churches and places of worship to examine others’ beliefs. We have not told them anything different since.

We have continued to stay in contact with our mother and younger brothers along with most of our extended family. Our dad has only deigned to talk to us when he could insult us. During Thanksgiving, he didn’t speak to us during our entire stay until five minutes before we left, when he refused to hug my sister, called us liars and traitors, and said that he loved us. When we said that we loved him, he told us we didn’t. After that, we did not come home for Christmas, but he drove up six hours to my apartment where we were both staying and asked to speak to us separately. He managed to trick me into admitting I was an “evolutionist,” called me a liar, selfish, ungrateful, and arrogant; and then I told him to leave the apartment, so I don’t know what he would have said to my sister. It appears that he is no longer talking to us anymore, as we recently met with our family for a funeral; he wouldn’t even stand near us.

Despite this, I still hope that one day I can have a relationship with Dad that isn’t based on religion. But I don’t know how possible that is.

Our mother, while not condemning our dad’s actions to us, has continued to say that she wants to have a relationship and talks to us regularly. Sometimes these talks come with religious guilt-trips (talking about her and Dad crying themselves to sleep at night, for instance), but she is at least trying. The same has gone on with my extended family, most of whom know what is going on.

Here is my question, though. One thing my family does not know is that I am bisexual. Since I was able to express this at college, I have dated both men and women. I know I can’t keep this from my family forever, and when I do, I know that it would shatter my relationship with many of them completely. It might be different since I am a woman; they have made their hatred of gay men very clear, but haven’t been so vocal about women who are attracted to other women. But when my mom tells me she loves me, I can’t help but think that if she knew the truth, she would hate me instead.

Is it even worth trying to repair my relationship with my parents and extended family if I know that they would be disgusted by my bisexuality? Someday they will find out about it, whether it’s because I marry a woman or make a careless Facebook post. This in-between state is painful enough already, and I don’t want to fix what’s left of our relationship just to lose it again.

Your earnest desire to preserve and improve your relationships with your parents and family is very commendable, a good reflection on your character, and I understand how difficult and downright painful such caring can be. You might be able to eventually form relationships with your parents or other family members that, as you say, are not based on religion or at least not constantly impeded by religion, but with all those secrets you’re still struggling to conceal, they would be having a relationship with someone who isn’t you. It would be an illusory you, a false front you.

You’re right, it’s all going to come out eventually anyway, and possibly sooner than you might expect. The only real choice you have is, do you want it to come out piecemeal and accidentally, looking as if you’re ashamed of it all, and subject to distortion and exaggeration as it passes from one family member to another like in the telephone game, or do you want it to come out under your control, on your terms, with your definitions, and without apologies, embarrassment, or shame?

The problem with that is you will need to actually be without shame.

Take some time for some introspection. Is all of your hesitation to be fully open with your family caused by their various bigotries, (which, I acknowledge, are considerable and formidable) or is any of it driven by shame that you internalized while growing up surrounded by all those bigotries? You can’t do much in the short term about their prejudices, but you can make sure that you’re free of it inside yourself. Hopefully, you don’t have much or any, but check for lingering pieces in the nooks and crannies of your mind. If you find any, then with rationality, fairness, and compassion for yourself, clean it out. Be free of any guilt/shame that should never have been inflicted upon you.

There is so much prejudice and readiness to hate in this family and so much damage they’ve already done that it seems to me that you don’t have much left to lose if you become completely open with them about who and what you are, and what you do and do not believe. With so many people involved, and so much emotion and tension in some of them, I would suggest that after consulting with your sister, a uniform letter simultaneously sent to each and every one of your family members would allow you to have your entire say uninterrupted, with each statement carefully considered and crafted, and not subject to the telephone game effect. Write mainly about yourself, and avoid complaining about them. In your own words say that if any of them slam the door closed, you won’t lock it on your side. You should keep your dignity and integrity, but you can say that if they ever change their minds about you and are willing to treat you with respect, you will be willing to re-establish the relationship. Begin and end the letter with “I love you all.”

Your atheism, your sexual orientation, your acceptance of science, and your social and political views do not cause them any harm. Those things just challenge them to grow beyond their sanctimonious and willfully ignorant attitudes. Any upset they experience will be their creation, from their narrow-mindedness and intolerance. You are not responsible for any unhappiness that they might cause themselves in that way.

If after a reasonable time for them to adjust, any of them can’t eventually accept the complete and real you, then that’s about their immaturity, their selfishness, their small minds and hardened hearts. You will have been honest and courageously forthright with them, and any continuing strife in the family over who and what you are will be a reflection of their poor character, and not a reflection on you.

I know that at first that won’t be much of a consolation. It probably won’t take much of the sting out of whatever rejection you get. All I can offer is that you will have been both true to yourself and truthful to them, and you will be relieved of the anxiety of keeping secrets and fretting over if, when, and how to reveal them. You will probably feel saddened, and a little later you’ll probably feel lighter, freer, and more self-confident because you will be living your life openly, entirely on your terms with no more pretense or concealment.

Please write again to let us know how things develop. I, and I’m sure several others here, will want to know how you and your sister are doing. 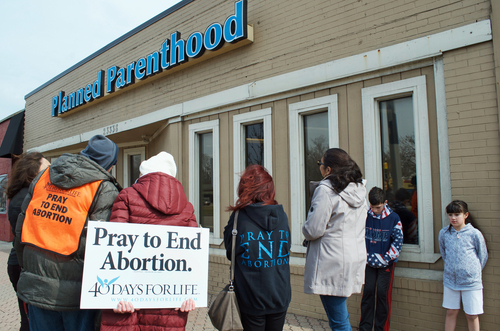 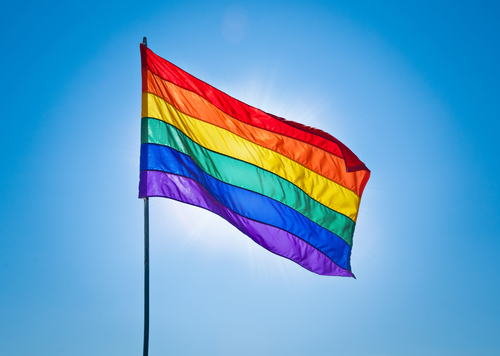