I’ve posted before about a problematic bench in Oil City, Pennsylvania. It was donated by the Veterans of Foreign Wars (VFW) more than a decade ago and said, “Men Who Aren’t Governed By God, Will Be Governed By Tyrants.”

It was obviously a slap in the face to all the atheists who have served in the military, which is why the American Atheists Legal Center sent city officials a letter warning them against keeping the bench in a public park. The group also offered to pay for a new bench that had a new quotation on it, chosen by the VFW, as long as it celebrated all veterans instead of just the Christian ones. The city eventually agreed to remove the bench from the park, though they haven’t decided what, if anything, they’ll replace it with.

This was all catnip to the Fox News crowd, which saw this as atheists attacking Christianity and not atheists being defamed. Last night, host Tucker Carlson invited AA’s Amanda Knief to discuss the issue. 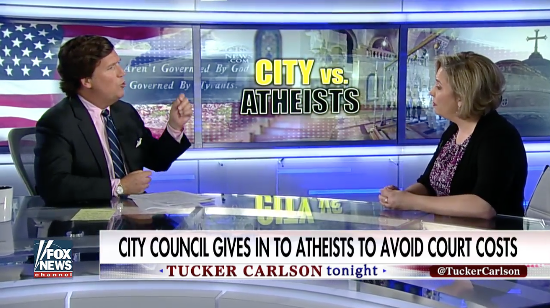 Carlson spent most of the segment ignoring everything Knief says, sticking instead to his talking points that American Atheists was going too far, that anonymous complaints should never be allowed, and (my personal favorite) that a new bench with the phrase “paid for by American Atheists” would be an endorsement of atheism even if the quotation on the bench was perfectly secular. (It would make “non-atheists feel demeaned,” he added.)

None of it made any sense. The whole segment was several minutes spent confusing viewers about the nature of the First Amendment. And it was exactly what we’ve come to expect from the conservative propaganda network.

Knief, I should say, did a nice job of trying to set Carlson straight. She was never flustered, stuck to her guns, and kept pushing back against his nonsense. I wish she had told him the reason she kept her complainant anonymous was because the sort of people who watch Carlson’s show frequently send death threats to people who stand up for the First Amendment… but it’s easy for me to say that since I wasn’t in the hot seat. Still a great job on her part. 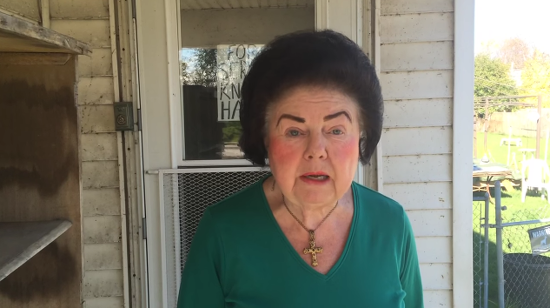 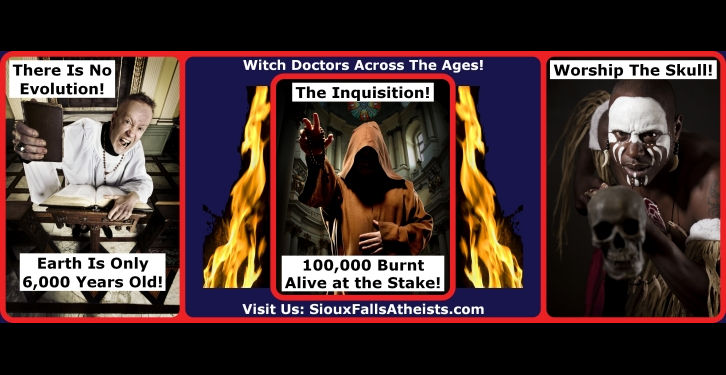 May 6, 2017 Billboard Comparing Witch Doctors to Evolution Deniers Goes Up in Sioux Falls, South Dakota
Browse Our Archives
What Are Your Thoughts?leave a comment