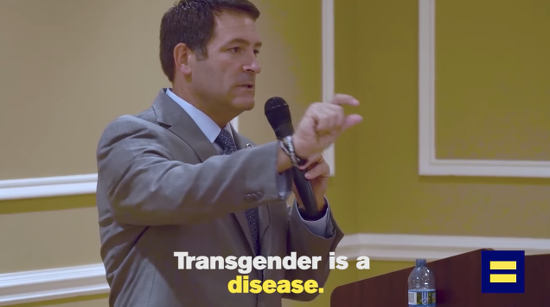 Mark E. Green, who was chosen by Trump after his first nominee withdrew due to potential conflicts of interest, has said “transgender is a disease” (quoting unnamed psychiatrists) and even sponsored anti-trans legislation as a state senator from Tennessee. He has also said he doesn’t believe students should learn about Muslim beliefs.

Further, Green has criticized federal attempts to bar discrimination against LGBT people in the workplace and compared gay marriage to government-sponsored infanticide — implying the former was unimaginable 30 years ago, so the latter may be permissible in the future.

There seems to be a pattern emerging here.

Several individuals and advocacy groups have challenged Green on his comments, including Republican Senator John McCain and the American Military Partner Association, the largest organization of LGBT military families.

Progressive activist organization CREDO hailed Green’s decision to drop out. The group floated a petition to reject his nomination and received more than 125,000 signatures.

“Mark Green’s withdrawal from consideration to be Army Secretary is a welcome development for LGBTQ equality,” said CREDO Campaign Manager Tessa Levine. “Trump never should have nominated an anti-LGBTQ extremist like Mark Green in the first place. It’s telling that Trump’s first pick for Army Secretary was such a right-wing extremist that even the Republican-controlled Senate didn’t have the votes to confirm him. We’ll continue fighting to protect all Americans from Trump’s hateful and bigoted agenda.”

What we’ve seen with Green here is a positive development for LGBT, women, Muslims, atheists, and everyone else against whom he might have discriminated as Army Secretary. We don’t know if the eventual Secretary will be inclusive and accepting of minorities of all stripes, but for now, someone who actively opposed that acceptance found the pressure against him too much to bear.

Green realized how awful it is when everyone thinks you’re a villain when you’re just trying to be yourself. How’s that for irony?

May 5, 2017
Will Donald Trump's Lawyers Admit His "Religious Freedom" Executive Order Does Absolutely Nothing?
Next Post 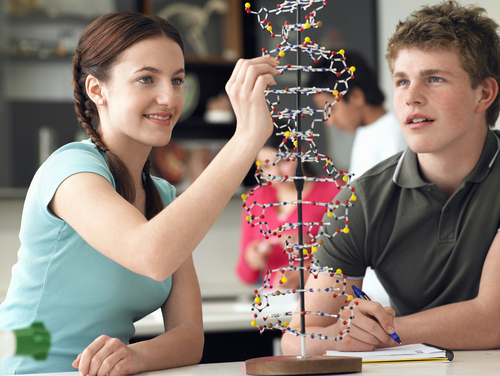 May 5, 2017 FL Lawmakers Pass Bill Making It Easier for Citizens to Challenge the Teaching of Science
Browse Our Archives
What Are Your Thoughts?leave a comment