Was An Evangelist Lying About Donald Trump’s Private Reaction to the Access Hollywood Tape? May 3, 2017 Hemant Mehta

Was An Evangelist Lying About Donald Trump’s Private Reaction to the Access Hollywood Tape?

What was Donald Trump‘s private reaction after the Access Hollywood tapes showed him saying he grabbed women “by the pussy”? 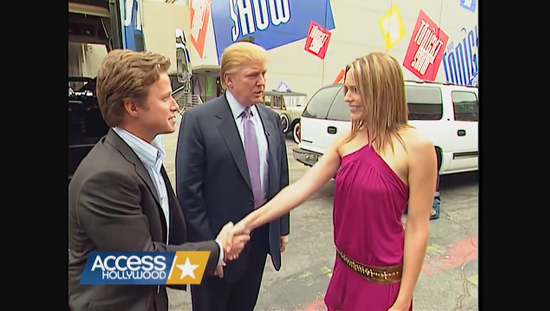 Before the election, Christian evangelist and talk show host James Robison told anyone who’d listen that Trump — who was totally a Christian; just trust him — was very apologetic. But his advisors were telling him not to admit he did anything wrong.

Robison said that he was “perhaps the first one to really talk” with the candidate after the release of a 2005 recording of him boasting about sexually assaulting women. “He was so embarrassed, so broken, so contrite, we could hardly talk,” Robison said.

However, he said, Trump couldn’t be publicly contrite because his advisers told him not to, which he said echoed the advice that “establishment” advisers gave to Ronald Reagan not to look like a “weepy Christian.”

This, he said, was all the fault of the church for not being appealing to many people, which he blamed in part on believers “beating up other Christians,” like those who are criticizing his relationship with Trump without understanding that Trump wants “to hear the transforming truth of God’s wisdom.”

“I’m telling you, you cannot judge what God is doing in this man’s heart because of what is happening before this media and what his own attorneys and advisers say,” he declared.

But, as Kyle Mantyla noticed, the New York Times offers a very different account in a new profile of Ivanka Trump.

In their story, Ivanka was part of the strategy discussions after the tape was released and urged her father to apologize. His advisors were also encouraging him to just suck it up and admit he screwed up.

Trump, however, had no intention of doing that (presumably because he didn’t really think he did anything wrong).

When the recording finally showed he was wrong, Mr. Trump’s reaction was grudging: He agreed to say he was sorry if anyone was offended. Advisers warned that would not be enough.

Ivanka Trump made an emphatic case for a full-throated apology, according to several people who were present for the crisis discussion that unfolded in Mr. Trump’s 26th-floor office. Raised amid a swirl of tabloid headlines, she had spent her adult life branding herself as her father’s poised, family-focused daughter. She marketed her clothing line with slogans about female empowerment and was finishing a book on the topic. As she spoke, Mr. Trump remained unyielding. His daughter’s eyes welled with tears, her face reddened, and she hurried out in frustration.

He was “unyielding” to the idea of a full-throated apology. He preferred a half-hearted deflection of any responsibility.

(Trump ultimately made an awkward video statement where he quickly said he was sorry before moving on to other topics.)

It all raises a fair question: Which account is accurate?

The one produced by the New York Times in which Trump acts exactly the way you’d expect him to act? Or the one offered by a Christian evangelist who argues that Trump has genuine feelings of remorse and empathy?

My money’s on the real reporters with their sources, not the evangelist who just expects us to take his word on everything. His track record is all we need to know to discount his stories — and that’s before his acceptance of the Bible even comes into play. 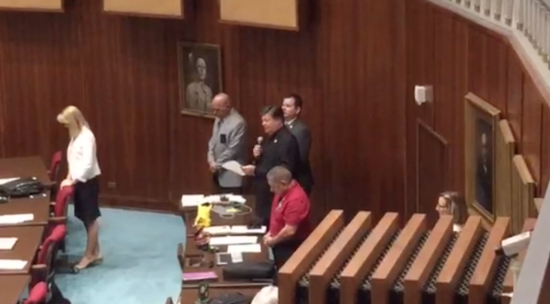 May 3, 2017
After AZ Legislator Rebuked for Atheist Invocation, Minister Gives Secular Prayer in Solidarity
Next Post 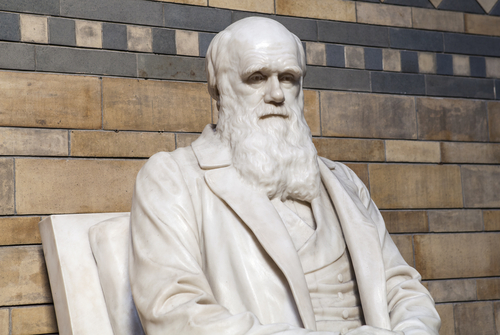