A couple of weeks ago, I posted about Minnesota atheist Jeff Carter, whose truck, plastered on the back with atheist magnets, had been vandalized by someone who threw eggs at the vehicle and left behind godly messages. 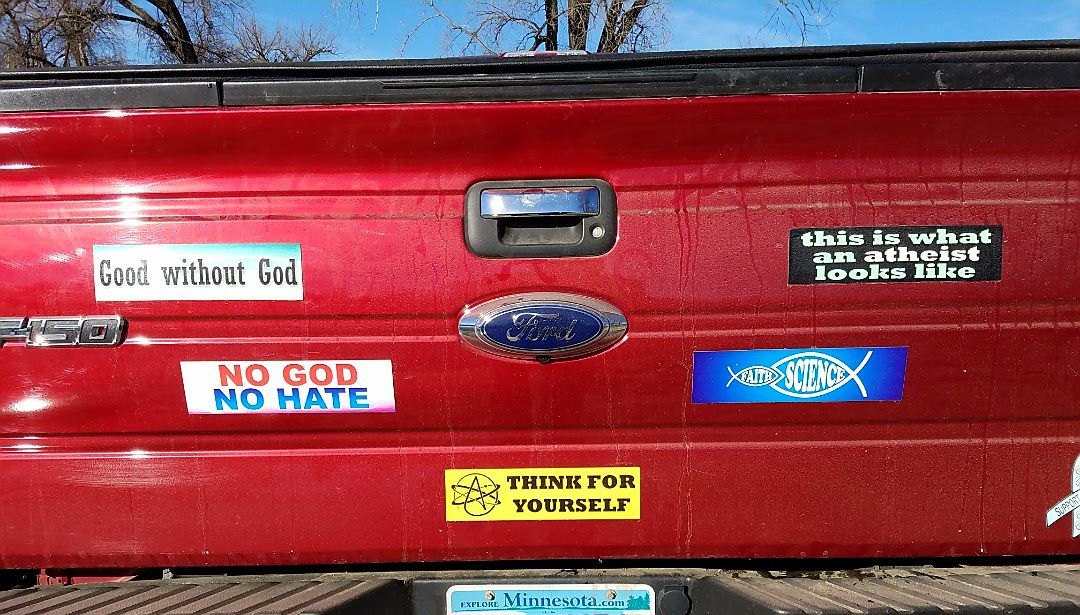 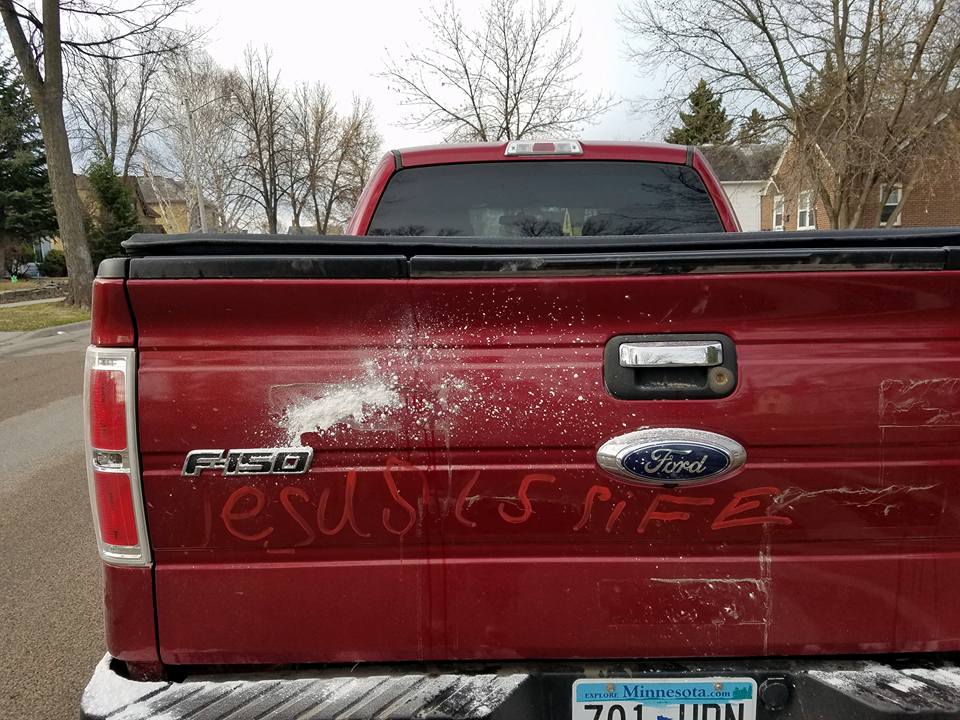 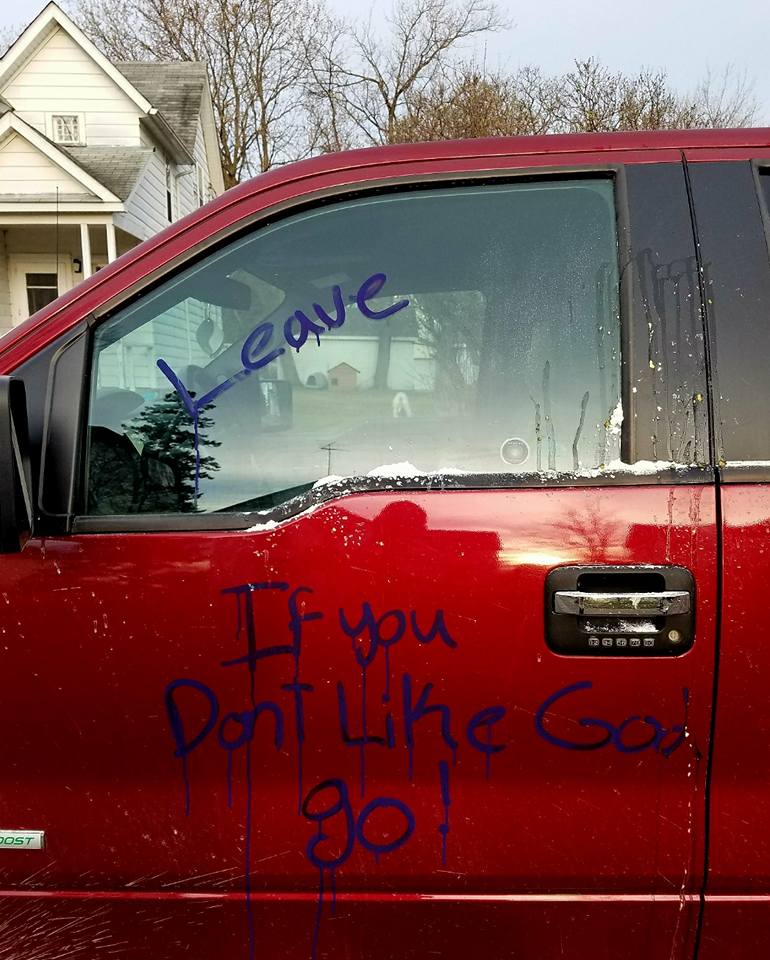 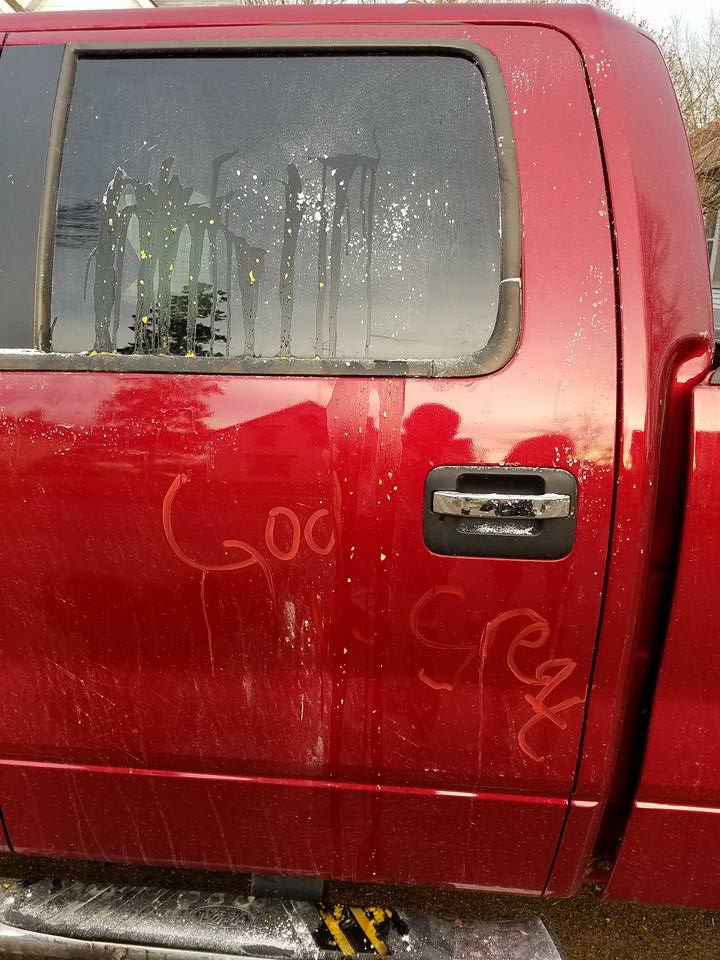 While the vandal still hasn’t been caught, there is a pleasant update to this story.

Jeff finally received his new magnets and the truck is back to normal: 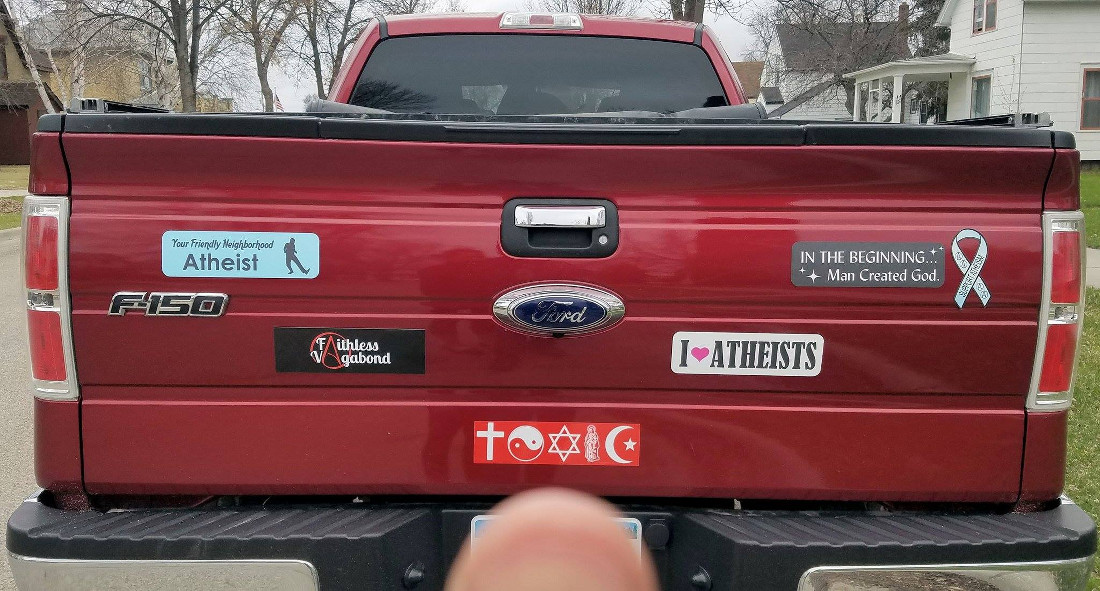 I’d like to think this is the end of the story. But you never know if the Christian vandal(s) will strike again.

I do appreciate, though, how Jeff isn’t letting the incident affect his decision to be an out and proud atheist in his community. He had only positive things to say about Christians in his area beforehand — that they always treated him well — and that hasn’t changed.

He told me he’s already getting lots of thumbs up from people who see him driving around town. No middle fingers yet, either. 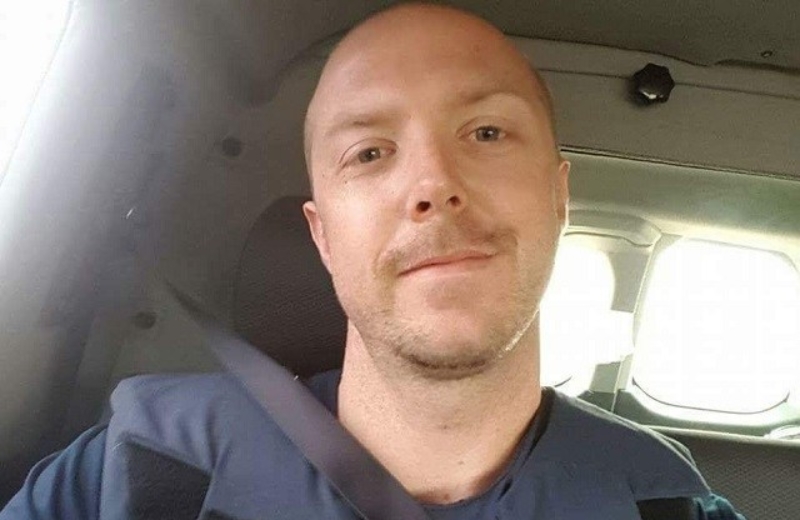 April 25, 2017
Joseph Stone, An American Paramedic Killed In Ukraine, Was An Open Atheist
Next Post 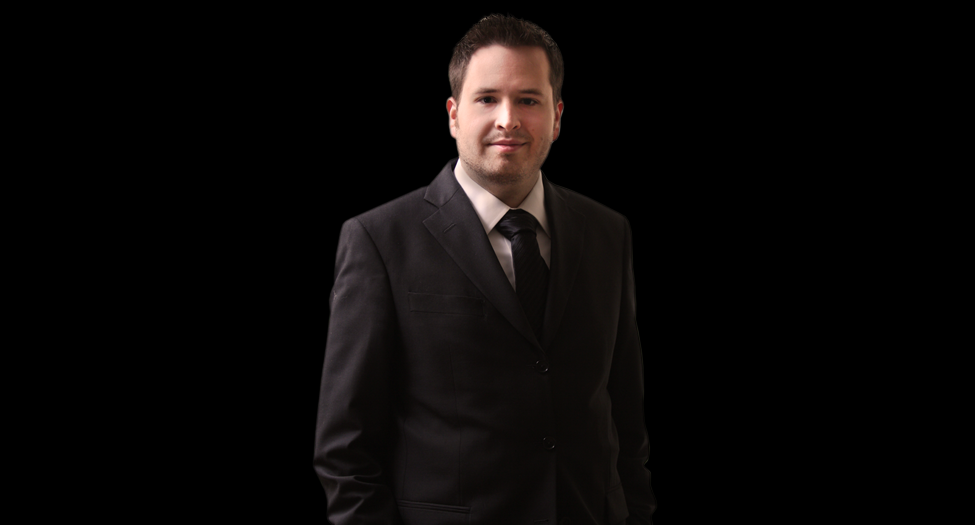