Have you watched Bill Nye Saves the World? If you’re like me, you want those hours back. 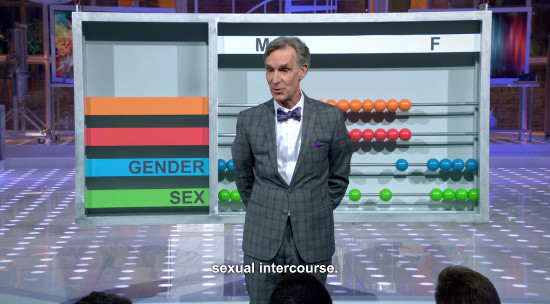 Season one, 13 episodes long, premiered on Netflix last Friday. In chapter 9, viewers were treated to a song-and-dance number featuring Rachel Bloom. It’s about (I think) transgenderism. Called My Sex Junk, it includes such lovely lyrics as

Get off your soapbox.
My sex junk’s better than
bagels with lox.
With lots of schmear.

Thanks for that image, Rachel.

Frankly, the whole thing is unbelievably, embarrassingly badly done. Unless Bloom’s act was meant to make teenagers temporarily lose their appetite for sex. In that case, mission accomplished.

We learn to ponder such questions as:

Are my options only hard or moist?
My vagina has its own voice.

Power bottom or a top off,
Versatile love may have some butt stuff.

There’s nothing taboo about a sex stew,
Just add salt or Gérard Depardieu.

(Or, as I like to call him — at least in a sexytime context — Gérard Depard-eeew.)

Look, I like science (and I support transgender rights), and I would’ve thought I’d find something to admire in a pro-science show by a fellow atheist. But this is the most cringey thing that Bill Nye has signed his name to since that time he suggested that certain climate-change deniers deserve jail time.

It’s not just the Bloom debacle. Despite the presence of a sympathetic studio audience, a lot of Nye’s jokes, and the mannerisms that he thinks are cute, don’t really land, and evoke little (or forced) laughter. Explains Maddie Stone at Gizmodo:

I was excited when I heard that a new science show for adults was hitting Netflix, especially one starring ‘90s-kid nerd hero Bill Nye. But either the science guy’s jokes haven’t aged well or his schtick — a zany dad-figure in a lab coat stirring beakers full of colored liquids — doesn’t quite work when he’s bellowing, red-faced, about the dangers of climate change denial, alternative medicine, and the anti-vaxxer movement. While seemingly aimed at the average layman who holds some science-skeptical views, Nye’s new show delivers delivers so little information in such a patronizing tone it’s hard to imagine a toddler, let alone a sentient adult, enjoying it. …

I believe climate change is real and human-caused, I believe that vaccines work, and I believe that most alternative medicine is a load of malarkey. Like Nye, I’m outraged to see anti-science beliefs promulgated at the highest levels of our government. Nye and I are on the same team — and yet I still felt like I was being talked down to throughout his show. How will the average viewer feel?

Nye’s program aims to put science in the spotlight, but ends up being more of a vehicle for the host’s (never terribly sophisticated) political opinions. There was zero science in the Bloom bit; nor, when the topic turned to nuclear power in episode one, did we hear even the most basic examination of pros and cons, thanks to Nye’s curt dismissal that

… a small amount of information packaged to promote a cartoon-caricature understanding of a complex science issue, slanted to the POV of an unabashedly political science comedian.

Netflix has a breathtaking production budget these days: six billion dollars for the current calendar year alone. Making more original content means that the company, while still batting a pretty high average, has been willing to shell out for some real stinkers lately.

Joining Frontier, Marvel’s Iron Fist, and Amy Schumer‘s Leather Special, Nye’s new show is an outright disappointment. One measure of how deeply it has already bombed is that the YouTube video linked above (a third-party upload, for what it’s worth) currently has almost 40,000 downvotes and only 612 upvotes. On Netflix itself, the 500-plus reviews are overwhelmingly, savagely negative (although it’s clear that some are knee-jerk political hit jobs by reflexive right-wingers).

I don’t know if Bill Nye deserves more respect than that, but science certainly does. 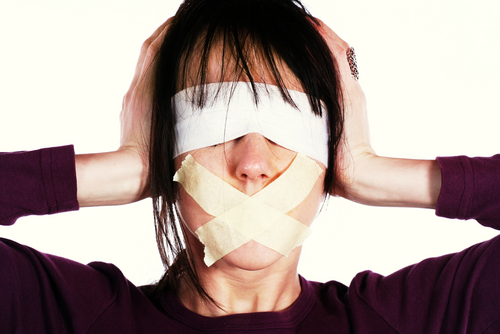 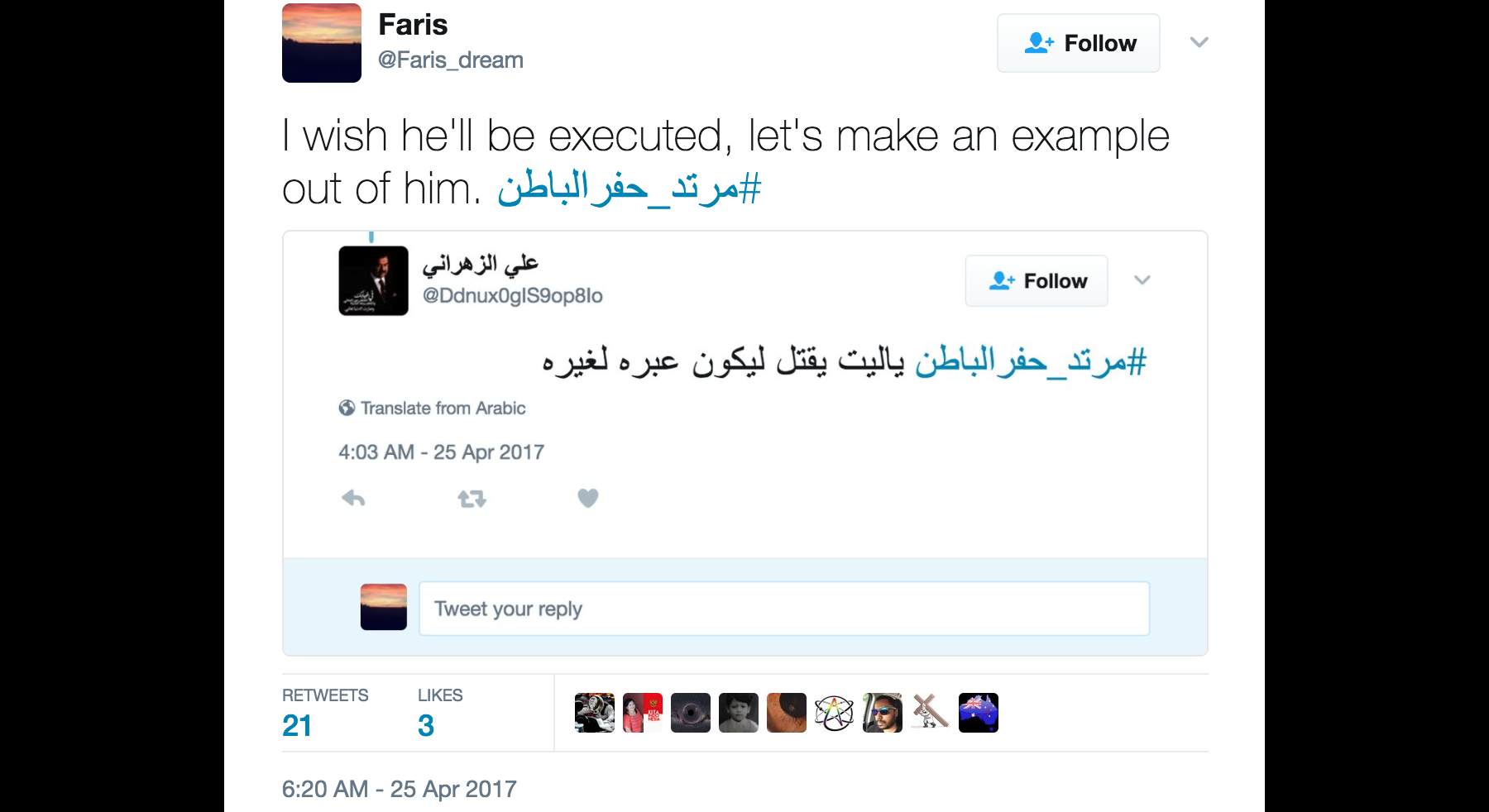