The #ThingsOnlyChristianWomenHear Hashtag Is a Sad Reflection on Evangelical Gender Roles

Earlier this week, Christian author Sarah Bessey began tweeting things people in church tell women — and only women — and many others began sharing their own experiences. You can see their thoughts under the hashtag #ThingsOnlyChristianWomenHear.

It’s a disturbing account of how evangelical Christianity sees women. They’re not considered leaders, but background broodmares who are only as good as the husbands they support, the children they pop out, and the words they don’t say.

"You are an amazing leader! You'd make an excellent pastor's wife someday!" #ThingsOnlyChristianWomenHear

"You're a Christian feminist? Good luck finding a husband!" *cackles*#ThingsOnlyChristianWomenHear

You're equal to men in value; you just have a different role. God made you to submit to man's final authority#ThingsOnlyChristianWomenHear

You wouldn't have to have labor pains if Eve didn't cause Adam to sin. #ThingsOnlyChristianWomenHear

Want to come to my Bible Study? We are learning how to be gentle submissive women. #ThingsOnlyChristianWomenHear

"We can't have women on our pastoral team because we follow the Billy Graham Rule." #ThingsOnlyChristianWomenHear

You're too pretty to be a minister. #ThingsOnlyChristianWomenHear

Aren't you worried that college will distract you from your faith? #ThingsOnlyChristianWomenHear

"I can't wait for you to have kids, then you'll have to give up on all of this liberal feminist nonsense." #ThingsOnlyChristianWomenHear

"Maybe people will listen to you if you stop sounding so angry." #ThingsOnlyChristianWomenHear

"You're going to be a pastor? You're single? Well no one will ever marry you. Get used to being alone." #ThingsOnlyChristianWomenHear

@sarahbessey Just be careful not to outearn your husband. He needs to lead. #thingsonlychristianwomenhear

"You're in seminary? Do you want to be a missionary's/pastor's wife?" #ThingsOnlyChristianWomenHear

It’s tempting to say to these women, “Just leave the church!” But it’s not that simple. They believe in the divinity of Jesus and want to spread the gospel just like everyone else in their religion. The problem is with the men in leadership positions (and women who accept those principles of complementarianism). Unless they’re willing to set better examples and stop this behavior in their own churches, nothing will change. Kudos to the progressive Christian leaders, men and women, who continue putting pressure on everyone else in their religion.

By the way, I’m not posting this so atheists can feel superior to Christians. It’s not like we’re so much better than this. While we may not have the same problems they do, we’re not immune from making similar mistakes. Ask women who regularly attend atheist conferences/Meetups, post their thoughts online, or make videos on YouTube, and you’re likely to hear the same kind of common disturbing themes emerging. (Hell, to any women reading this, go ahead and post #ThingsOnlyAtheistWomenHear in the comments.)

As much as we’d love to pin this problem solely on religion, it’s a societal problem, too. That said, no doubt a lot of religious men love that they can point to scripture to justify their misogynistic behavior. 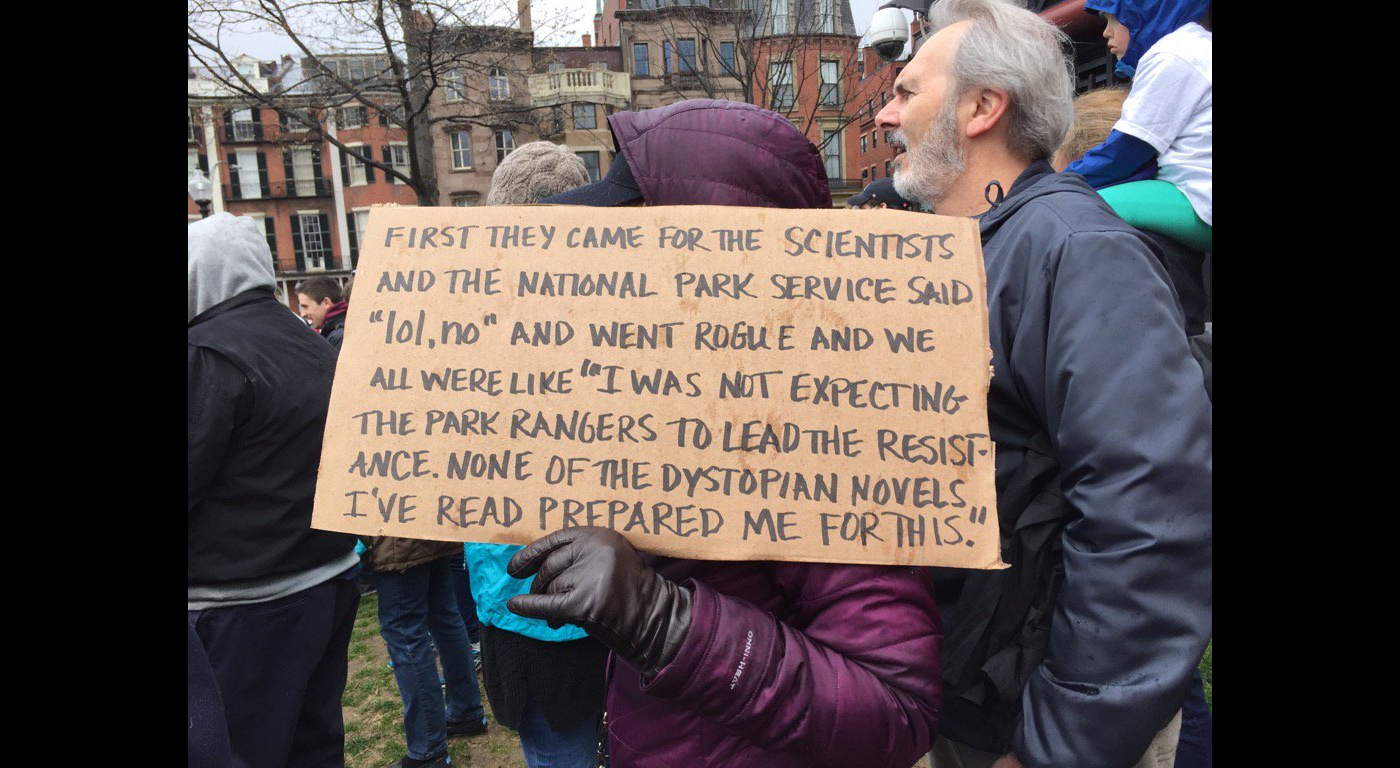 April 23, 2017
These Were the Best Signs from the #MarchForScience
Next Post 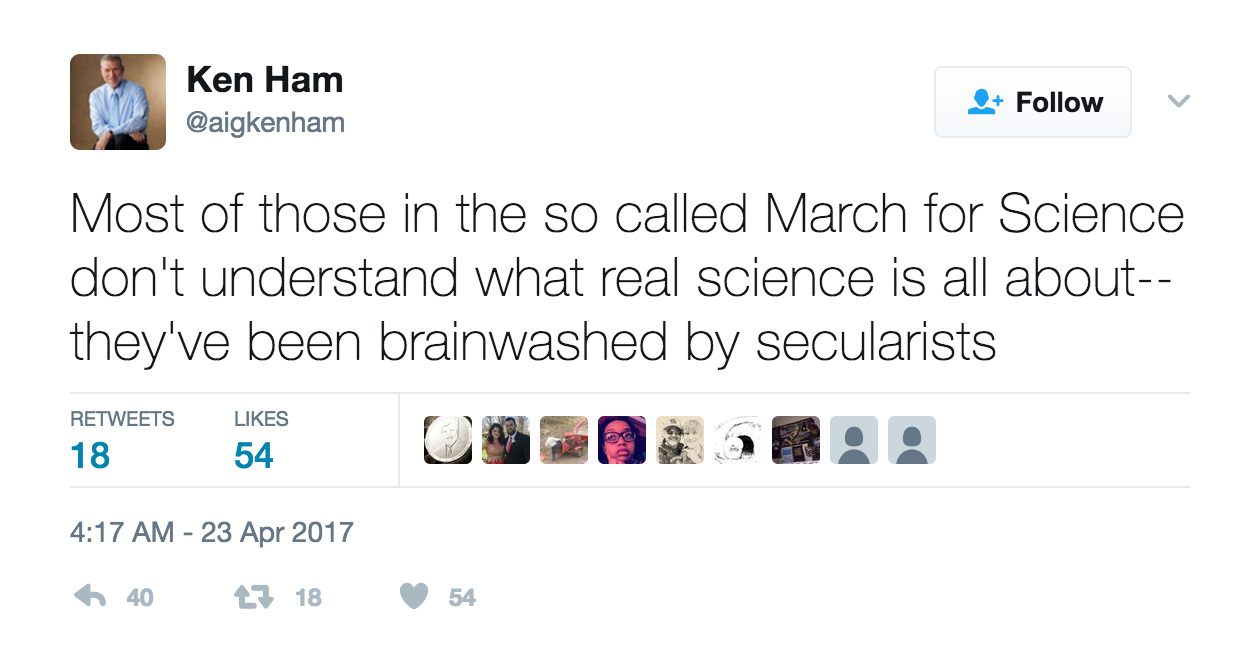 April 23, 2017 Creationist Ken Ham: #MarchForScience Protesters "Don't Understand What Real Science Is All About"
"Not every state has a Coogan law, and the producers of much of this "reality" ..."
paganheart Duggar Daughter Distances from Famous Family ..."
"Why should I pay for someone else's procreation hobby? Moreover, if I don't want to ..."
Rosemary Woodhouse Pope Francis Now Supports Civil Unions ..."
"Springtime for Hitler"
Zizzer-Zazzer-Zuzz Duggar Daughter Distances from Famous Family ..."
"He's talking about the below, in the form of an e-mail I got today."Tell us ..."
KMR Voting for Trump is “Easy,” Says ..."
Browse Our Archives
What Are Your Thoughts?leave a comment