Benedictine College in Kansas had a problem. Their yoga classes were very popular, but some students, teachers, and alumni still had concerns. Because yoga, you see, is part of the Hindu tradition, and they felt that such “eastern mysticism” could have “effects” on the students. (What those effects could possibly be, of course, is anyone’s guess.) 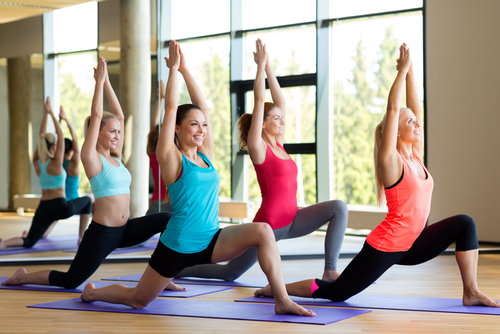 “Yoga as created has some potential for eastern mysticism which has caused concern among members of the Catholic Church,” said Stephen Minnis, president of the college. “[Archbishop Naumann] has expressed his concerns and the issues surrounding that. We asked ourselves if there was a way to bring those yoga benefits to our students and faculty without the possible effects of eastern mysticism and are currently investigating other alternatives.”

His alternative? Introducing students to “Lifestyle Fitness”… which is basically the same kind of yoga they’ve been doing, but with a different, less heathen-y name.

Minnis admits as much in his explanation.

Starting in fall 2017, the college will be offering a “stretching and breathing” class called “Lifestyle Fitness” in replacement of what is traditionally called yoga. Minnis believes students are still hoping to reap the physical benefits of yoga and is currently searching for close alternatives.

“My personal belief is that yoga has become like Kleenex — a generic term for stretching and breathing,” Minnis said. “I’m not sure the spiritual harm of yoga could come to our campus but I believe it is better to be safe than sorry. I don’t care what it is called, so long as it is only physical.”

He never explains what that spiritual harm could be. Maybe he thinks that by stretching and breathing and calling it “yoga,” students will convert to Hinduism in droves? And that if they do yoga, but simply call it something else, they’ll be fine?

Jane Romano, the school’s Coordinator for Disability Services, thinks this is all pretty ridiculous. She points to the mental and physical health benefits of yoga, as well as the shadiness of taking something from another culture and labeling it something else in order to be more comfortable with it.

“Throughout the country there is a huge increase in mental illness, anxiety and depression and Benedictine is not immune to that,” Romano said. “There are students who suffer from things that yoga could help with. I think it would have been beneficial to our students to have someone teach them these things [to help manage their mental health].”

As for the Lifestyle Fitness class being offered next semester, Romano is unsure whether she will be taking part.

Lots of students agree with her and have launched a petition to keep yoga — the actual word “yoga” — in their school. One student, Josh Olson, told the Circuit:

“Especially on this campus, people should be confident [in their faith] enough to know that a pose isn’t going to open you up in any way to other powers.”

Though freaking out over something like yoga seems, at least to me, like way more of a Protestant kind of thing — much like acoustic guitars, youth groups, going to church more than three times a year even if you don’t have kids, and living in states like “Kansas” — there is apparently a bit of contention about yoga among some especially devout Catholics.

According to the website for Catholic TV network EWTN:

… many Christians who are former practitioners of yoga argue that it is not possible [to separate yoga from its religious origins], that the dangers of the occult remain, especially by efforts to manipulate internal forces in order to achieve a particular physical state. That, while natural causation is claimed, in fact achieving the result depends on the existence of the very forces which the non-Christian philosophy teaches. Separating the philosophy from the posture makes possible the posture’s Christian use, but removes any value of it over any other physical posture. On the other hand, retaining the posture and seeking its purpose necessarily adopts a non-Christian worldview, opening the individual to spiritual forces, as opposed to simply material ones, who are opposed to their salvation.

I have literally no idea what any of that means. Needless to say, sitting in the lotus position doesn’t make the Baby Jesus cry. And if you think it does, it says more about the problems with your faith than anything having to do with yoga. 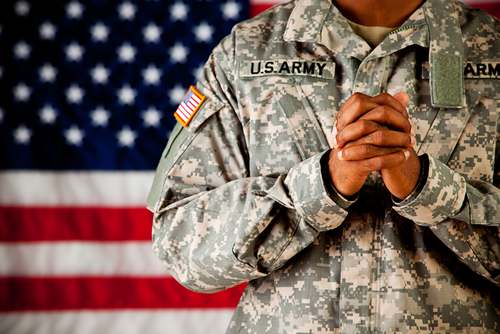 April 19, 2017
The Department of Defense Is Finally Recognizing Humanism and Deism Alongside Other Beliefs
Next Post