Brio, a Conservative Christian Magazine for Teen Girls, Is Back (And As Harmful As Ever) April 19, 2017 Beth Stoneburner

Brio, a Conservative Christian Magazine for Teen Girls, Is Back (And As Harmful As Ever)

If you were a Christian teen growing up in the ’90s and early 2000s, then you might have had a subscription to Focus on the Family’s Brio Magazine, best described as a godly version of Seventeen. Instead of quizzes like “How to Tell if he Likes You,” you’d find content like “How to Become a Proverbs 31 Woman,” along with all the information you ever wanted on the hottest contemporary Christian bands.

And how not to have sex. That was also very important.

After a few years of hiatus due to a budget crash, it looks like Brio is back. 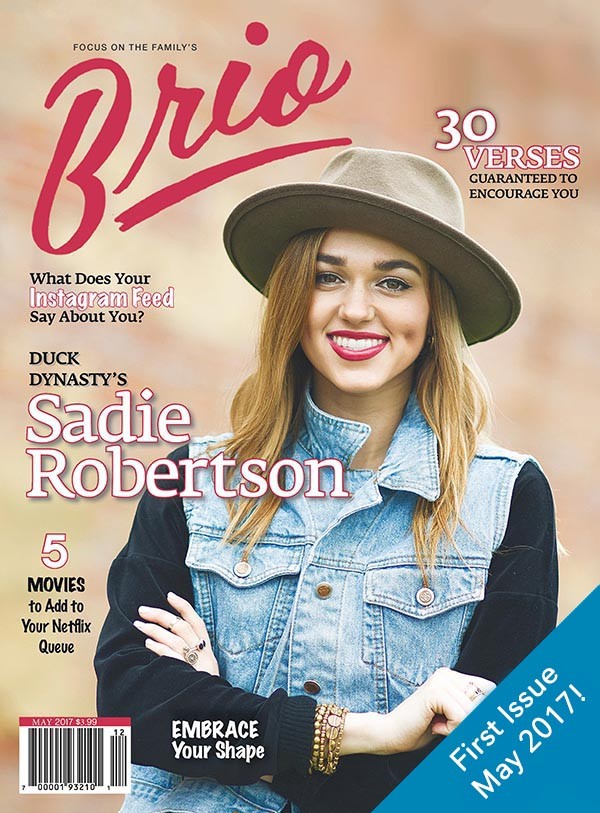 “It was such a good resource in a marketplace where there aren’t too many voices committed to a Biblically based worldview for teenagers,” said Bob DeMoss, a Focus on the Family vice president who launched the original Brio and started lobbying for its revival when he returned to the organization last year. The first issue, with 19-year-old Duck Dynasty daughter Sadie Robertson on the cover, is arriving now in subscribers’ mailboxes.

Even if you weren’t a Christian teen in that era, you might have had friends who were, as I did. That’s how I, a Jewish kid who wanted to be a rabbi, got my hands on a copy. A neighborhood girl was a subscriber and I would read it at her house. When I moved to a different neighborhood, I started reading it online.

Growing up in a secular home, Brio‘s content both fascinated and horrified me. It was something I loved to hate-read, really, but it quickly turned into an addiction. I wanted my own religious community, but it didn’t exist in a town where I was one of only seven Jewish kids in my class. Brio was the type of magazine I yearned for, if only it could include more than just a Christian audience.

I remember reading an advice column by Susie Shellenberger (“Ask Susie”) that delivered a particularly cold response to someone who wrote to ask if her non-Christian friends really went to hell. I remember Shellenberger’s response to this day: “I don’t understand what’s so hard to accept about this! If it’s in the Bible, then it’s true: end of story.” Pretty harsh to hear as an adult with doubts, let alone as a vulnerable sixteen-year-old.

But more damaging to my teenage psyche was the lack of emphasis on sexuality in the real world. Christian sources like Brio will emphasize purity and modesty as a girl’s most valuable assets. So what happens if a girl experiences date rape? The messages in Brio tell her that her purity is compromised, and therefore no one will want her. Or worse: it will implicitly blame her for not dressing modestly enough to prevent her Christian brothers from “stumbling.”

Those internalized messages enabled me to stay in a relationship with a guy who repeatedly assaulted me in high school. A guy who, on multiple occasions, blamed my clothes for making him unable to control himself around me.

As a Christian resource without all that pesky, shallow stuff aimed at teens in other magazines (like makeup brands I can barely afford as an adult, or how to lose weight while still going through puberty), Brio could be something special. It could stand out in a crowded field and provide value for young women. But not unless it’s changed its entire outlook on life away from that harmful conservative worldview. I doubt that’s happened, which is why I would never tell my own future teenage daughter to check it out. She doesn’t need to be shamed for being herself.

April 19, 2017
After Oral Arguments, the Supreme Court Seems Poised to Strike a Blow to Church/State Separation
Next Post 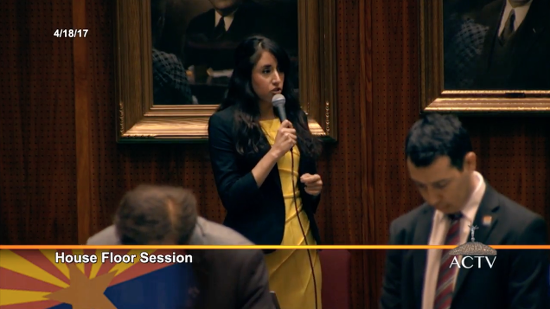