The Story of Joseph Smith and the Golden Plates (Abridged) April 18, 2017 Hemant Mehta

The Story of Joseph Smith and the Golden Plates (Abridged)

It’s easy to mock religious ideas, but you can’t do it effectively unless you understand what the followers of those faiths really believe.

To that end, Dr. C. B. Brooks, a physician who’s sick of what he calls “fake complexity,” has written a book aiming to demystify Mormonism. It’s called The Nonbeliever’s Guide to the Book of Mormon (Pitchstone Publishing, 2017). 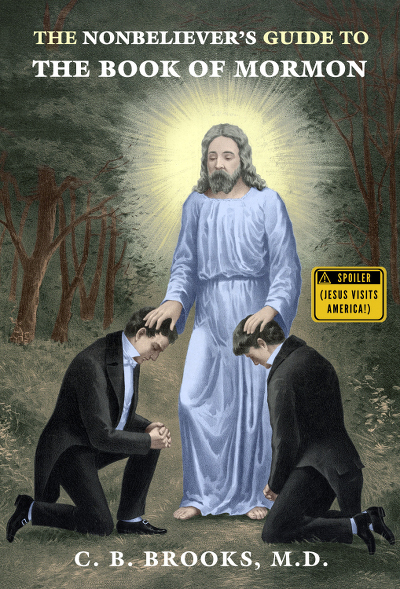 In the excerpt below, Brooks discusses prophet Joseph Smith and the Golden Plates:

Birth of a Prophet

Let’s travel back in time to Sharon, Vermont, to the year 1805, where a newborn boy named Joseph Smith Jr. is born into a struggling, not-so-successful farming family. Hoping to improve their situation, they moved to upstate New York, where the Erie Canal project was being planned. The family was somewhat religious and read the Bible. Joseph’s grandfather had “religious visions,” and a maternal uncle started a small, nonconformist religious community.

Joseph was not a fervently religious boy, but he did attend popular religious revival tent shows that toured the area. These traveling shows featured preachers, miraculous faith healings, speaking in tongues, fainting, convulsions, and, of course, financial collections.

Joseph has been described as somewhat of a slacker, ne’er-do-well, and disorderly person. He took up the occupation of digging in the ground for buried treasure, which was all the rage back then. However, he was lazy and didn’t actually like digging. The business plan was to entice local farmers to pay him to look for treasure on their land. It wasn’t a blind search, oh no, Joseph would utilize a magic “peep stone,” which would allow him to see through the ground, identify where the treasure was buried, and have others do the actual digging. As you can imagine, this endeavor had a very poor success rate and led to Joseph being put on trial for fraud at age twenty-one.

Joseph bounced around and met a girl in nearby Pennsylvania and wanted to get married. But her family objected because of Joseph’s shady occupation as a money digger, so the couple eloped and had a child around 1827.

Before long, Joseph met and charmed a rich, religiously suggestible neighbor named Martin Harris. Joseph borrowed money from him, and casually shared a fascinating story: Joseph had visions and divine revelations. Martin Harris was intrigued and wanted to know more.

Here’s how Joseph told Martin the tale. Seven years earlier, when Joseph was fourteen, he went into the woods alone to pray. It was a nice spring morning, when suddenly a pillar of light brighter than the sun appeared over his head. The light descended slowly until it illuminated him. Two personages were seen hovering above him in midair. One of them spoke to Joseph while pointing at the other person. “This is My Beloved Son. Hear Him!” (Which sounds suspiciously like a Bible verse.)

Whoa. Joseph then asked the floating personages some questions, like, “Which of these religions and traveling tent show preachers should I follow?” And they responded with something like, “None, they’re all hackers. We’ll let you know sometime in the future.”

Yowsa. Martin Harris was hooked by this story! You see, Martin had a past history of seeing religious visions himself and was very superstitious. “Tell me more, Joseph. What happened next?”

Okay, so Joseph reeled him in with another yarn. One night, about three years after his first divine vision, Joseph — still just a regular farmboy in upstate New York — prayed for another vision before going to bed. Well, sure enough, a heavenly being appeared and identified himself as the angel Moroni, son of another angel named Mormon. Moroni said that God had selected Joseph as the human who will receive some super important information. Moroni gave Joseph directions to go to a nearby hill, named Cumorah, and start digging to find some sacred golden plates that God had hidden there. This was perfect because Joseph was already an experienced treasure digger! These golden plates were engraved in an ancient language and contained updates and the everlasting gospel God wanted everyone to know. The plates had been written originally by Moroni’s father, Mormon.

Woo-hoo! Joseph got busy digging and, sure enough, found the plates buried in a stone crate with a round stone lid. Martin Harris couldn’t get enough of this story! “What did the plates say? I just gots to know!”

Joseph revealed that Moroni had told him that he couldn’t remove the plates without further training, which would take four years! (Sort of like high school, which farmboy Joseph wasn’t attending anyway.)

Martin flipped out! “Three years between visions, plus four years of training — and that was seven years ago — why that brings us right up to now! So where are the golden plates? Where? Where?”

Joseph told Martin that he did indeed have the plates in his possession, but Moroni told him to guard them zealously and show them to no one at all. But since Martin was a true believer, Joseph made him a fabulous offer: Martin could become Joseph’s partner and help him translate the ancient language engravings on the plates.

The history of ensuing events has been revised many times. Believers call what happened next a brilliant miracle, while others describe the scenario as a fraud perpetrated on a rich, gullible pawn. Accounts vary. Some say Joseph dictated the contents of the plates to Martin while hiding behind a curtain so Martin couldn’t see the alleged plates. Others say that Joseph concealed the plates in an upside down hat and placed two magic seer stones, called the Urim and Thummin, over the opening of the hat. Joseph then reportedly used the stones like goggles to translate the ancient language of the plates hidden inside the hat. Other accounts say Joseph didn’t even have the plates while dictating from the hat.

In any case, Joseph would speak the yarn, and Martin would furiously write it down. They collaborated and binge translated 116 pages, which was just the first installment. Martin was so excited that he begged permission to show the pages to others. Joseph had another vision and asked the Lord, but he said no. Martin freaked out again and badgered Joseph. So Joseph asked God again and this time the Lord said, “Well, okay.”

Martin ran back to his wife, Lucy, and showed her the pages and told of his wild experience. She said something like, “You’ve got to be kidding me.” But Martin was enthralled and began showing other people! Somehow the pages disappeared. Many think Lucy shredded or burned them.

Martin was devastated and Joseph had a wild hissy fit when he found out. He temporarily lost his prophet’s power to translate and banned Martin from scribing, but kept him on the hook for financing.

Joseph prayed hard for guidance and miraculously regained his translation powers, but a “different source” would be used to rewrite the first 116 pages. So they may not be exactly like the missing ones, okay, just in case any discrepancies occur. Joseph recruited a new scribe, Oliver Cowdery, and they spent sixty-five days of uninterrupted feverish work to fully translate the golden plates into the 531-page Book of Mormon.

Good ol’ Martin Harris sold off some of his land, mortgaged the rest of his farm, cashed in his savings, and single-handedly paid to have the Book of Mormon: An Account Written by the Hand of Mormon upon Plates Taken from the Plates of Nephi published in 1830 in Rochester, New York.

The Nonbeliever’s Guide to the Book of Mormon is available now online and in bookstores. 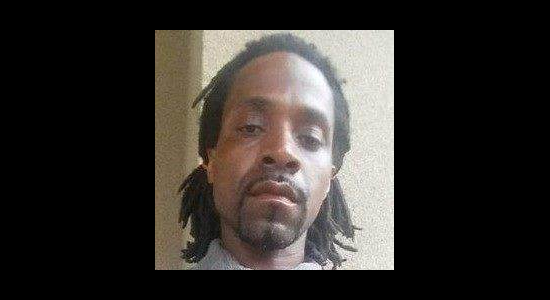 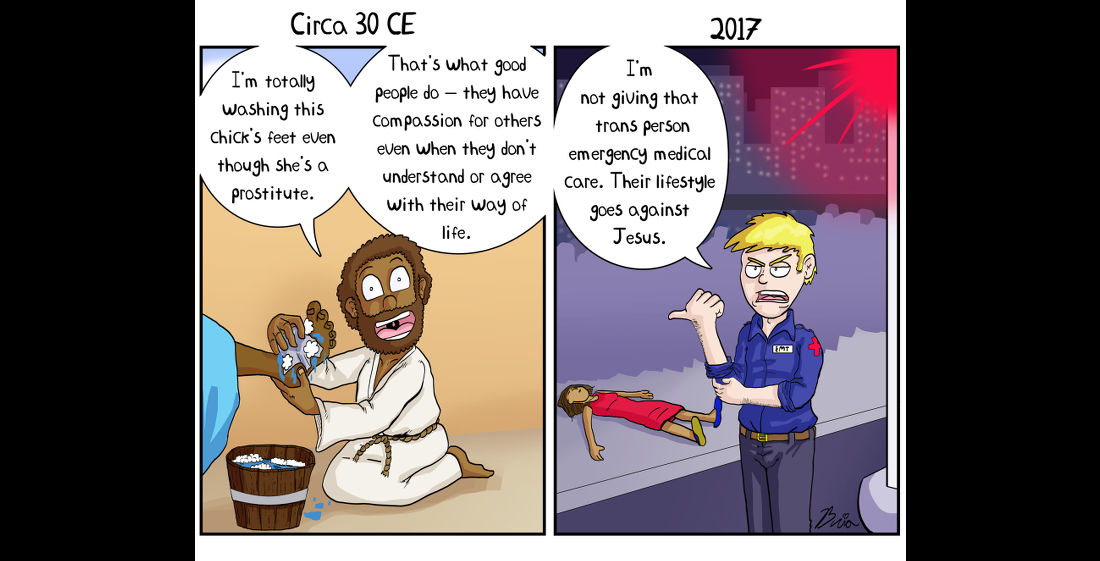