The Pastor Whose Easter Sermon Series Is Called “Nailed It” Doesn’t Get Why You Find It Funny April 15, 2017 Hemant Mehta

The other day, I posted this picture of a church sign created by someone who clearly lacked self-awareness. 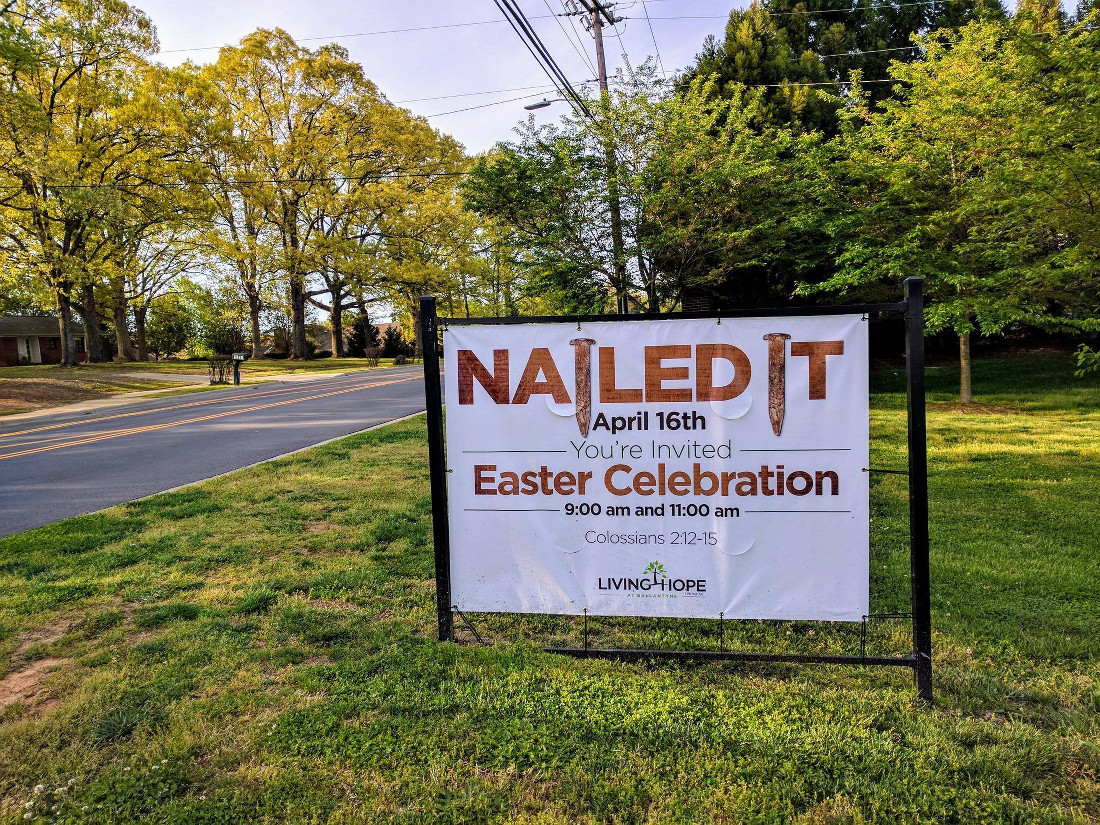 Did he think the torture of Jesus was funny?

Was he trying to be cool and hip? (Because he was neither.)

Who was he trying to impress?

I had no clue. But the only thing the sign seemed good for was giving atheists a good laugh.

My Patheos colleague Jonathan Aigner, an evangelical Christian, didn’t get it either. He thought it was in bad taste, at the very least, so he left a message saying as much on the Facebook page for Living Hope Ballantyne Church. This isn’t what he sent them, but it summarized his concerns:

It’s an obvious pun, when humor is clearly inappropriate. We’re talking about murder, and not just any murder, we’re talking about the violent, grotesque crucifixion of our beautiful Savior. While these good Baptists may have meant it well, there’s an inescapable glibness in the words.

The church definitely saw his message because this happened not long after he pressed “Send”:

About 20 minutes later, the phone in my office rang. “Hello, this is Jonathan,” I answered as usual, expecting to hear a choir member with a question, or perhaps a return call from that publisher I’d recently contacted.

Nope. It was none other than Living Hope’s pastor, whom I do not know. He had apparently found my name, looked me up, and called me at my office. I was dumbfounded.

He didn’t really seem angry. He was confused. Incredulous, even. “This is straight from Scripture. I can’t believe someone would think this was in bad taste.”

It gets even more interesting from there, and I would urge you to read about their conversation here.

When it comes down to it, though, it looks like the church tried to “sell” the story of Jesus to an otherwise uninterested audience and chose an awful way to get the message across.

They also issued a statement on Facebook Thursday night. There’s no apology or even any acknowledgement that it came across the wrong way. They basically said that Jesus getting nailed to the cross is in the Bible (get it? GET IT?) as if that’s supposed to clear everything up.

Honestly, I’m surprised we’re not hearing more sermons this week with line like, “United doesn’t want you flying the friendly skies, but Jesus is waiting for you in the clouds!” It would be equally tone deaf. And exactly what we’ve come to expect from churches like these. 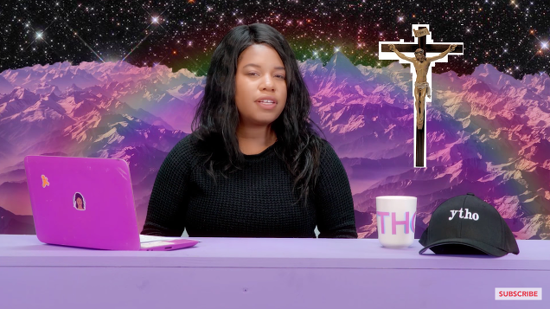 April 15, 2017
This is the Easter Story You'll Never Hear in Church
Next Post 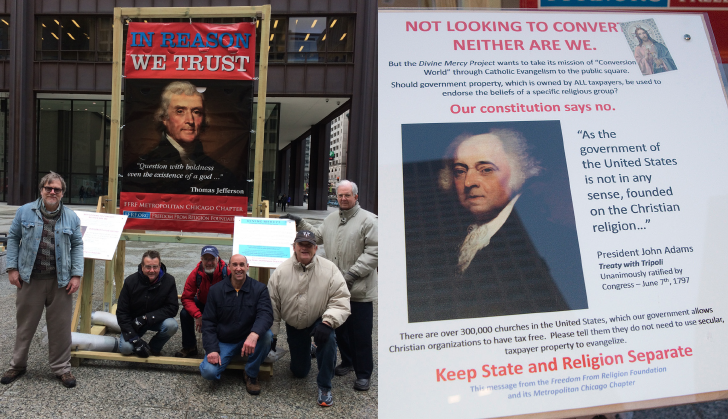 April 15, 2017 Chicago is Home Once Again to an Atheist Display Countering a Catholic Group’s Giant Jesus Sign
Browse Our Archives
What Are Your Thoughts?leave a comment