Kevin Swanson to Christian Pastors: If Your Kid Says He’s Gay, “You Need To Resign”

Christian Pastor Kevin Swanson has a history of saying just the worst possible things about LGBT people that he can get away with… without crossing whatever line Republican presidential candidates would need to not appear at his events.

Swanson has said won’t buy Girl Scout Cookies because he doesn’t want to “support lesbianism.” He suggested that parents who let their daughters join the Girl Scouts should be executed because the Bible calls for it. He said if his son turned out to be gay, he’d “sit in cow manure and I’d spread it all over my body.” After the Pulse nightclub massacre last year, he said the victims were killed because God had given up on them.

On his radio show recently, he argued that pastors who have gay children should resign.

Having a gay child is a sign that “there may be something very, very wrong with the pastor himself,” Swanson said, expressing disbelief that “a man who thinks there is a possibility his kids could come out gay [would not] then not turn to himself and see there to be something of a problem with himself.”

“As a pastor, if your children turn out to be sinners,” he stated, “if it turns out they abandoned the faith while they are in the household, accused of riot and unruly debauchery, et cetera, within the household, you need to resign as a pastor.”

I guess that’s better than asking those pastors to cover themselves in cow manure…?

Look: The sexual orientation of children has nothing to do with how their parents raised them. They don’t “become” gay because their parents did something wrong (or right).

We have enough problems with Christians who think homosexuality — or at least acting on it — is a sin. But Swanson is so much worse than that. He doesn’t just want to shame the Christian parents of LGBT children; he’s also inadvertently telling those kids they’re the result of their parents’ wrongdoings. It makes as much sense as telling adopted children they’re responsible for their birth parents’ decisions.

Some Christians may want to distance themselves from him, but Swanson isn’t on the fringe. He represents the exact sort of people who make up the GOP base. He’s a MAGA hat away from being hired by the Trump administration.

April 13, 2017
"Humanist" Student Mashal Khan Beaten to Death in Pakistan After Accusations of Blasphemy
Next Post 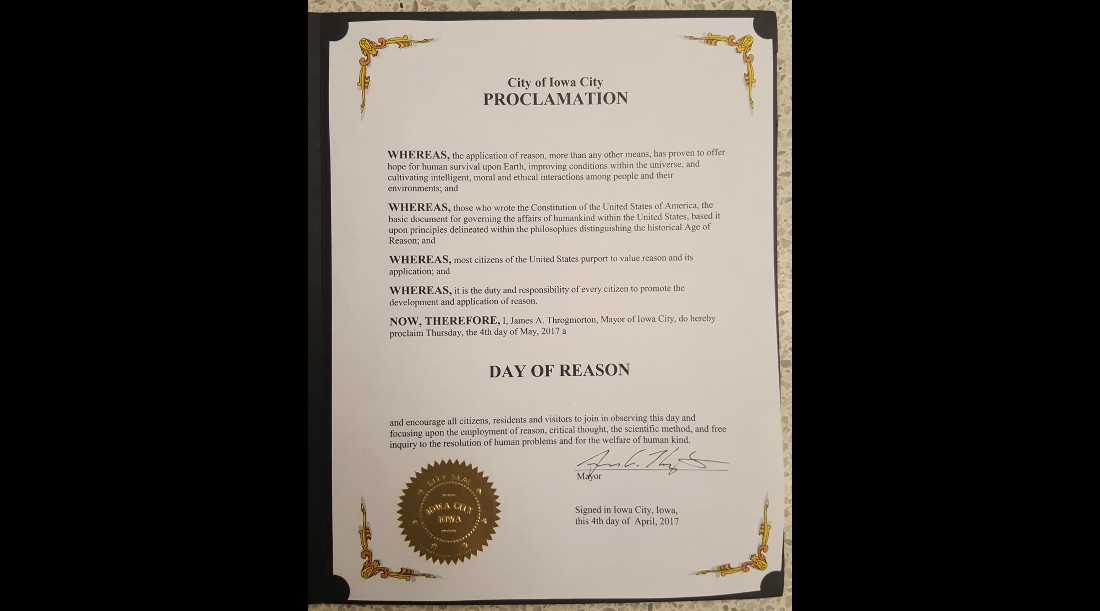