Give credit to the atheist activists in Iowa: They’re pressuring city councils to issue “Day of Reason” proclamations or make them look like fools for saying no.

The Eastern Iowa Atheists and the Secular Students at Iowa worked together to get Iowa City to issue the proclamation this month. It’ll designate May 4 as the Day of Reason in the city, and it’s a joy to hear Mayor Jim Throgmorton read the statement out loud: 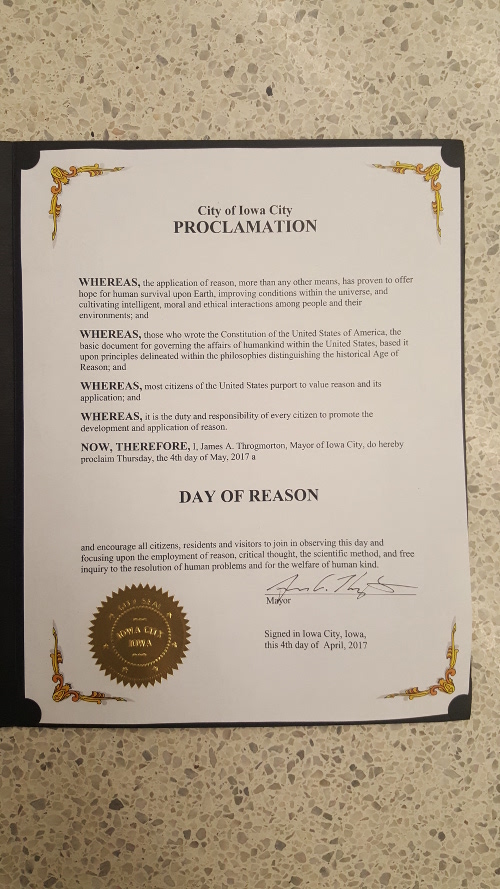 Secular Students at Iowa President Daniel Valentin made a public statement of gratitude at the same meeting:

The two groups accepted the proclamation together at the April 4th regular city council meeting. Secular Students at Iowa President Daniel Valentin offered some words to the mayor and city council regarding the proclamation, which celebrates reason as a guiding principle for humanity.

“This is a historic moment for our state as this is the first time a non-student atheist and secular group has worked directly with a student led group to get a city to do this,” said [Eastern Iowa Atheists founder and Director Justin] Scott who added that all previous proclamations were the result of requests by non-student groups. “The Eastern Iowa Atheists feel working with student groups is a great way for non-student groups to build a bridge to the next generation of atheist activists. It’s important that we cultivate an environment where student groups and their members are encouraged to play an important role in our activism.”

Scott said the partnership was something he and his group had been wanting to do for a while.

“The members of student groups like SecSI are the future leaders in the atheist and secular movement so we need to welcome, embrace and harness their unique talents and life experiences.”

Iowa City, which issued a similar proclamation last year, joins Cedar Rapids and Waterloo as the only cities in the state to mark the Day of Reason.

April 13, 2017
Kevin Swanson to Christian Pastors: If Your Kid Says He's Gay, "You Need To Resign"
Next Post 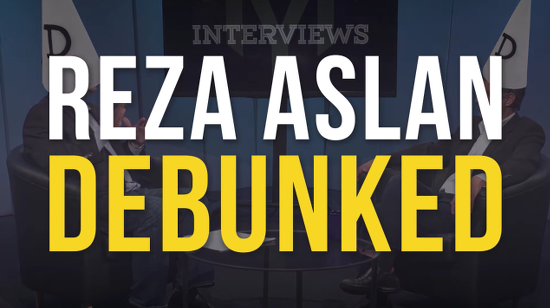 April 13, 2017 Reza Aslan Makes a Lot of Sense (Debunked)
Browse Our Archives
What Are Your Thoughts?leave a comment