Foster Parents Lose Children Because They Wouldn’t Tell Them the Easter Bunny and Santa Were Real April 13, 2017 Hemant Mehta

Derek and Frances Baars seem like they’d be fine foster parents. Both are in their 30s. He’s studying to be a pastor for the Reform Presbyterian Church of North America while she’s a nanny with a degree in education. Most importantly, while they’re unable to have kids of their own, they want to open their home to kids who need loving parents. All of that looks great on paper.

The problem, as the Children’s Aid Society Of Hamilton (in Ontario) saw it, was that the couple also said they had no desire to tell their future kids about Santa Claus or the Easter Bunny “as they do not wish to lie to children.”

I know it’s tempting to point out the irony that people who believe in miracles and Heaven and the divinity of Jesus “do not wish to lie to children”… but you get the point. An atheist couple could’ve said the same thing. It shouldn’t be a big deal.

They were eventually given foster kids, two little girls ages 3 and 4, in December of 2015. But because they won’t tell those kids that the Easter Bunny and Santa are real, the kids were taken away from them.

In January, their new placement support worker was increasingly angry about their failure to vouch for the hopping Easter mascot. According to their filed claim, the Baars were allegedly told it was “part of their duty as foster parents to teach the girls about the Easter Bunny because it is ostensibly part of Canadian culture.”

They assured the CAS worker that they’d buy new outfits for the girls and have a chocolate egg hunt. If that still fell short, the children could always spend Easter weekend with another foster family. Their offer was refused, Baars says, and the couple was warned their “inflexibility is a problem.” According to their lawsuit, they were given an ultimatum: “Tell the foster girls that the Easter Bunny was real or their foster home would be closed.”

Keep in mind they had no problem telling their kids about Santa Claus or the Easter Bunny. They also had no problem letting their kids spend time with other myth-spreading adults over those holidays. They just didn’t want to go through with the charade that lends credibility to the stories of a giant bunny who hides eggs and a large man who delivers presents via your chimney if you’ve been good.

The problem isn’t just that those two girls were removed from their home — though that’s heartbreaking enough. The couple is now worried that this controversy has put a black mark on their names, making them ineligible to take in foster children in the future.

All because they wanted to be honest, as they defined it, with their kids.

What would’ve happened if these were atheist parents who didn’t want to raise their kids to believe in religious mythology? Would they also be considered unfit to take in foster children?

The Baars have filed a lawsuit against the CAS saying their religious rights were violated.

Regardless of what happens, at some point, the Children’s Aid Society can’t micromanage what parents do. They have to make sure the kids are in competent, safe hands and then let go. They have no right to dictate which mythical creatures should be taken seriously.

(Image via Shutterstock. Thanks to Carl for the link) 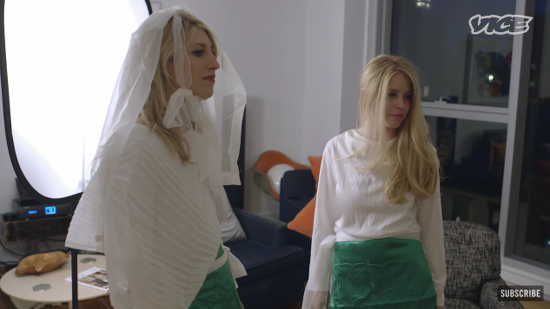 April 13, 2017 "Humanist" Student Mashal Khan Beaten to Death in Pakistan After Accusations of Blasphemy
Browse Our Archives
What Are Your Thoughts?leave a comment