Who Needs Easter? A Sign in the WI Capitol Says “Forget Your Guilt” and “Have a Happy April 16th” April 10, 2017 Hemant Mehta

Who Needs Easter? A Sign in the WI Capitol Says “Forget Your Guilt” and “Have a Happy April 16th”

For several years now, the Atheists, Humanists, & Agnostics at the University of Wisconsin-Madison have put up displays in the State Capitol.

For example, to counter the Nativity scenes around Christmas, they put up signs honoring gods from Game of Thrones. They honored the Flying Spaghetti Monster over Easter in 2015. Last year, they went with Jedis.

And this year, they’re putting up a sign telling people to get over their guilt for not taking Christianity seriously and treat April 16 the same as they do every other day. 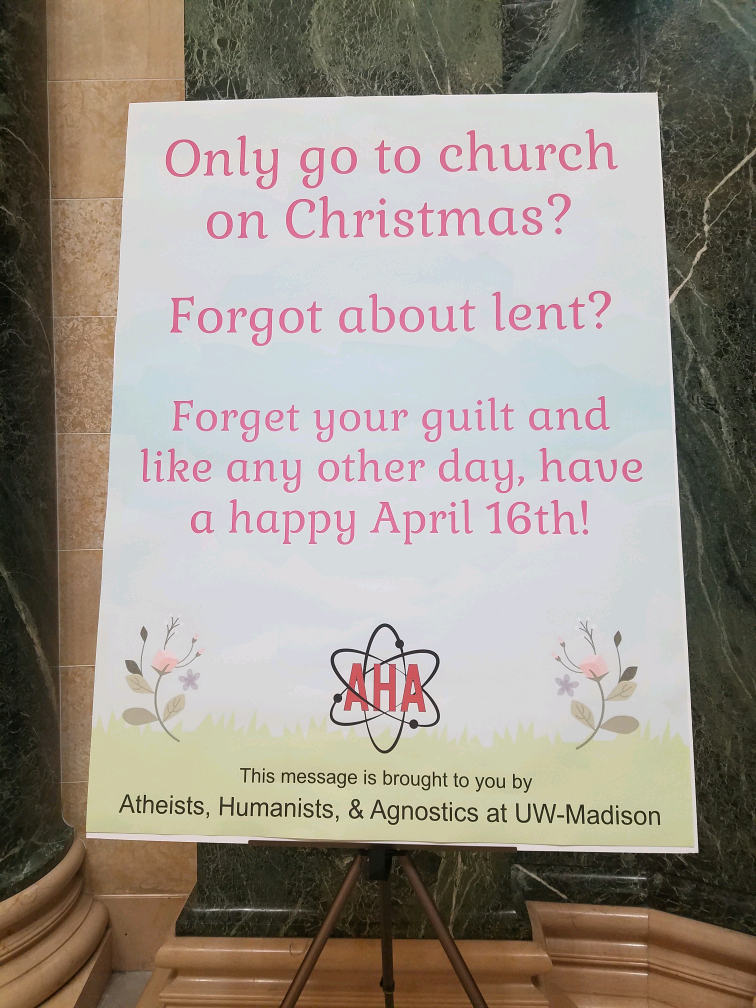 They’re taking their own advice, too. The sign doesn’t include a single mention of the word “Easter.” 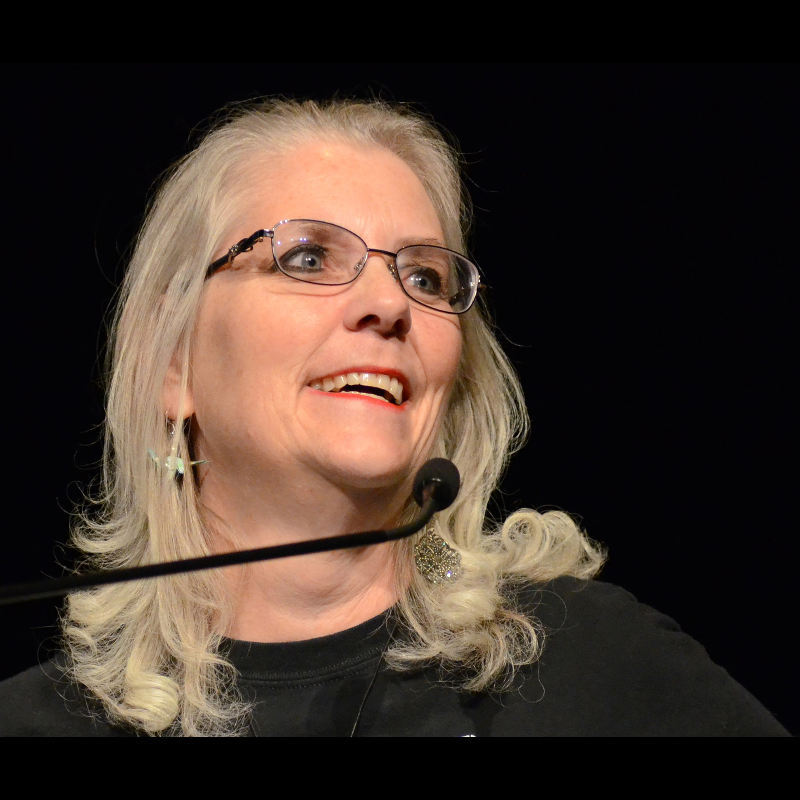 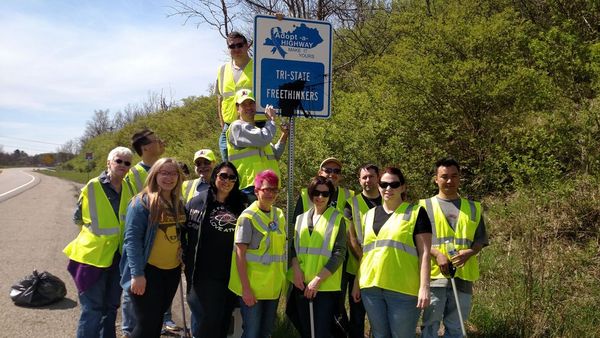 April 10, 2017 These Atheists Are Leaving Their Vandalized Adopt-a-Highway Signs In Place To Send a Message
"My bad, you're right. I don't know why I've been thinking the suspect was caught ..."
WallofSleep Georgia Churches Tried Recruiting Public School ..."
"Ah-nuld's gone all Communist, so he doesn't count either."
Raging Bee Anti-Trans Christians Can’t Decide if They ..."
""Suddenly it reeks of hypocrisy in here. Oh! If it isn't the Catholic Church! And ..."
Mark A. Siefert Christian Hate-Preacher: The Pope is the ..."
"Can I have his dose?"
Wizard Suth An Oregon Church Sued Over COVID ..."
Browse Our Archives
What Are Your Thoughts?leave a comment