With the confirmation of Neil Gorsuch to the Supreme Court, atheist and church/state separation groups have been quick to denounce his appointment. Their reactions are below. 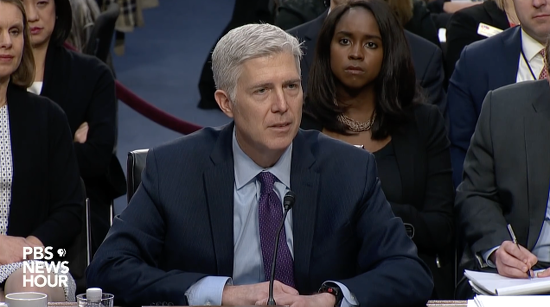 Since the announcement of Neil Gorsuch as President Trump’s choice to fill the Supreme Court seat left vacant for more than a year, American Atheists has expressed profound concerns about Gorsuch’s record on religious freedom, religious exemptions, and a wide range of other issues.

His confirmation hearing did nothing to allay our concerns, and I continue to believe that Justice Gorsuch will be no friend to our secular government.

Justice Gorsuch’s views on these and many other issues put him so far outside the mainstream that Senate Republicans had to change the rules to confirm him.

With cases like Trinity Lutheran Church of Columbia v. Comer on the Court’s docket, we will see in short order what sort of Supreme Court Justice Neil [Gorsuch] will be and what sort of damage will be done to the Establishment Clause during his tenure.

Neil Gorsuch has demonstrated that he does not respect the constitutional principle of the separation of church and state, which is the foundation of religious freedom in America. I am gravely concerned he’ll vote to erode that principle and put one of our nation’s most essential liberties at risk.

By confirming Judge Neil Gorsuch to the Supreme Court, the Senate has imperiled the wall of separation between church and state which safeguards the religious freedom of all Americans. In recent years, we have seen attempts at the state and federal level to advance legislation that weaponizes religious belief, hollowing out the rights of women, LGBT persons, and religious minorities. It is imperative that our courts be ready to check the unconstitutional impulses of zealous lawmakers. We are deeply concerned that Judge Gorsuch is not up to this task. His record on the 10th Circuit Court reveals a twisted view of ‘religious freedom’ that is out of touch with both the Constitution and the majority of Americans. Religious freedom is a shield that protects Americans of all faiths and none. With Judge Gorsuch on the Supreme Court, this shield may become a dangerous sword.

The Center For Inquiry:

“Even ignoring the partisan games played by Senate Republicans regarding the appointment of a new Supreme Court Justice, Judge [Gorsuch] is a bad pick for the highest court in the land,” said Nicholas J. Little, CFI’s Vice President and General Counsel. “Judge Gorsuch’s history on the federal bench is replete with hostility towards the rights of Americans without religious faith. In his rulings, he has repeatedly ruled in favor of special privileges for religious, in particular Christian groups, as well as expressing a clear preference for religious dogma over evidence based scientific reasoning in matters such as abortion rights and end of life issues.”

“Neil Gorsuch has shown a repeated willingness to prioritize his personal faith, and the rights of those who share it, over the rights of other Americans, including the non-religious, women, and those of minority faiths,” observed Robyn Blumner, President and CEO of CFI. “As America moves towards greater and greater pluralism of beliefs, it is backward looking to place someone on the Supreme Court with such a clear history of privileging religion. The Supreme Court will face many critical questions during Gorsuch’s tenure, and he has given the non-religious no confidence that he will grant us a fair and impartial hearing or defend our constitutional rights.”

On Facebook, the American Humanist Association just called this “a sad day.”

[More reactions will be posted as they come in.]

April 7, 2017
Supreme Court Justice Neil Gorsuch May Be the Deciding Vote in a Major Church/State Separation Case
Next Post 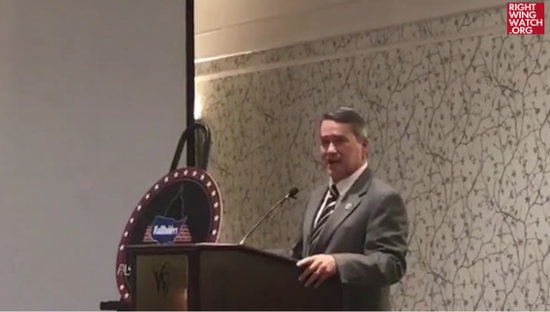 April 7, 2017 GOP Rep. Jody Hice to Christian Pastors: "This Is Our Country. It’s Our Turf"
Browse Our Archives
What Are Your Thoughts?leave a comment