Philippine President Duterte: Want To Get Away With Having Mistresses? Just Say You’re an Atheist April 5, 2017 Hemant Mehta

Philippine President Duterte: Want To Get Away With Having Mistresses? Just Say You’re an Atheist

Philippine President Rodrigo Duterte, infamous for killing his own citizens, once said he would stop swearing because God threatened him. 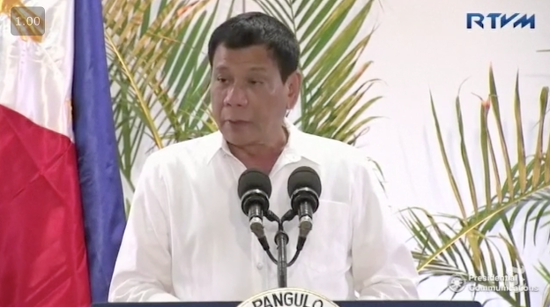 “Even if Bebot (Alvarez’s nickname) says he has five or four (women), we can’t do anything. He never converted to Christianity so he is not bound by the number of women you can have,” Duterte said during the launch of the Metro Manila Development Authority crisis monitoring and management center in Makati.

Monogamy is by no means a concept exclusive to Christianity.

Duterte also asked the crowd, in bizarre Trumpian rhetorical fashion, Who among us doesn’t have mistresses? No word on how many hands went up. But he added that there was a simple way to get away with having affairs: Just tell everyone you don’t believe in God.

Duterte then teased Quezon City Mayor Herbert Bautista and asked him to look him straight in eyes while he was talking about womanizing.

“Look at me straight in the eyes. I’ll tell you, you (Bautista) are a liar,” the president said in jest.

Duterte even advised Bautista to introduce himself as an atheist so he can have as many women as he wants.

“You will be charged someday. Don’t tell them you are a Catholic or a Protestant. All you have to say is that I am an atheist… If you are an atheist. You can have as much as you want as long as you are able to support the children,” he said.

To repeat: Duterte is suggesting atheists — immoral heathens that we are — can get away with having all the wives we want because everyone will just accept it. It’s not just offensive to atheists, it’s an awful thing to say about women since he’s treating them as if they’re a dime a dozen. (He also said, “there are so many women and so short a time in this world.”)

This is the sort of nasty stereotyping that’s so beyond the pale, it’s hard to take seriously. But this isn’t some random Christian saying it. It’s a world leader.

For what it’s worth, there’s an argument to be made for how atheists’ marriages last longer than religious ones, but it’s not like Duterte cares about facts. He’s going to keep saying outlandish things. Whether he’s joking or not, Duterte always elevates God (and puts down non-believers) despite doing things that virtually no Christian would ever condone.

(Screenshot via New York Times. Thanks to Mark for the link) 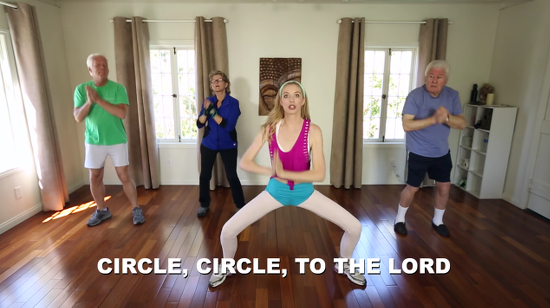 April 5, 2017
Who Needs CrossFit When You Can Get Fit for the Cross?
Next Post