Because Muslims Are Outbreeding Everyone Else, Study Estimates Huge Shift in Religious Demographics April 5, 2017 Hemant Mehta

Because Muslims Are Outbreeding Everyone Else, Study Estimates Huge Shift in Religious Demographics

A new study out today from the Pew Research Center tracks the estimated rise and fall in major world religions over the next several decades… and things do not look very good for the non-religious. At least on a global level.

This sort of thing is incredibly difficult to estimate, because children (obviously) don’t always adopt the religion of their parents, but it’s still possible to look at trends to suggest where things are heading.

Here’s the entire study in a nutshell: Those of us without organized religion are not having lots of babies. Christians are having way more babies than us. And Muslims are putting Christians to shame.

Let’s go through some of the biggest findings.

1) Relative to religious groups, the Nones will make up a larger percentage of deaths in the future. 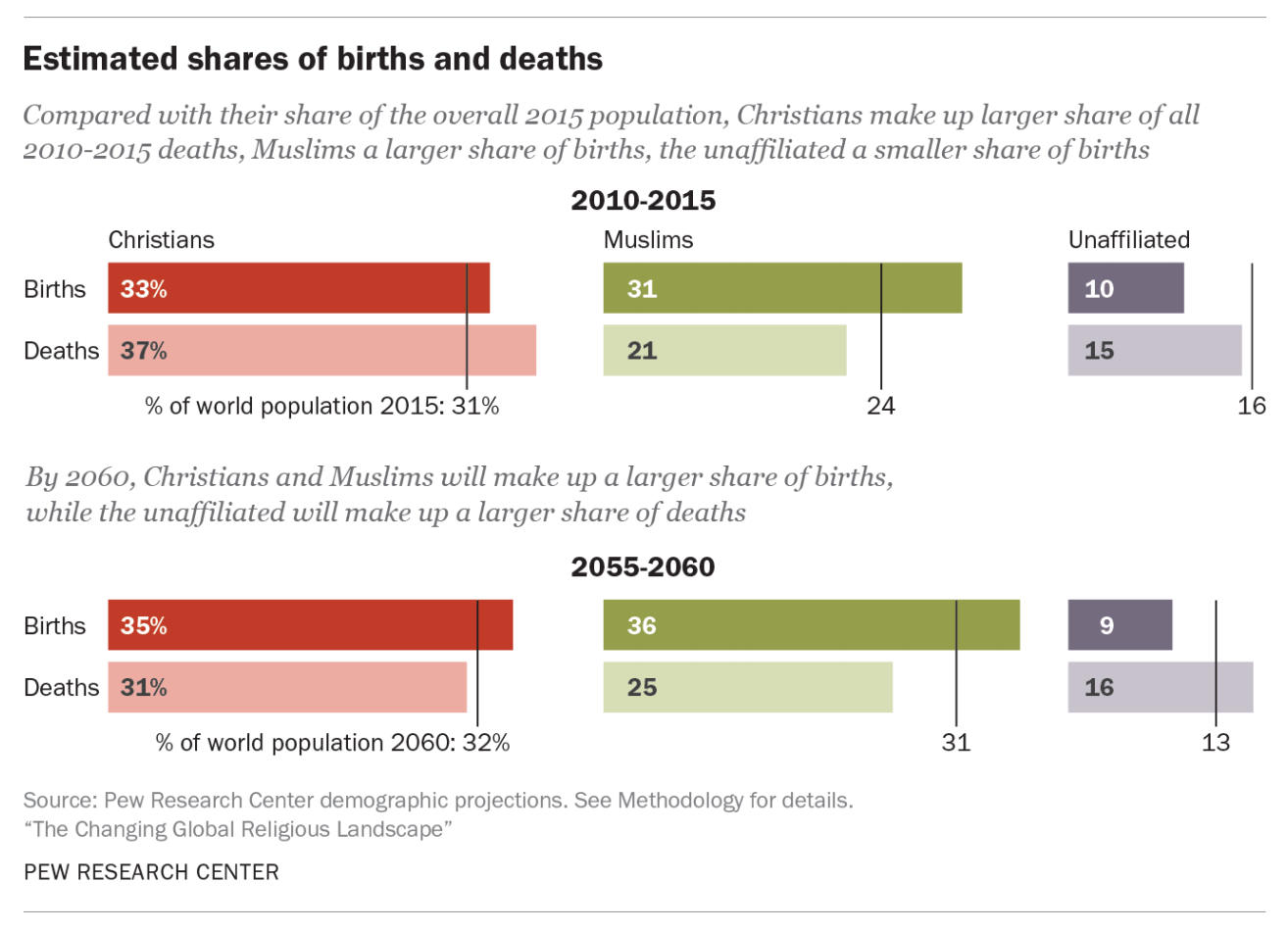 While religiously unaffiliated people currently make up 16% of the global population, only an estimated 10% of the world’s newborns between 2010 and 2015 were born to religiously unaffiliated mothers. This dearth of newborns among the unaffiliated helps explain why religious “nones” (including people who identity as atheist or agnostic, as well as those who have no particular religion) are projected to decline as a share of the world’s population in the coming decades.

2) Seriously, Muslims are on pace to outnumber all of us. 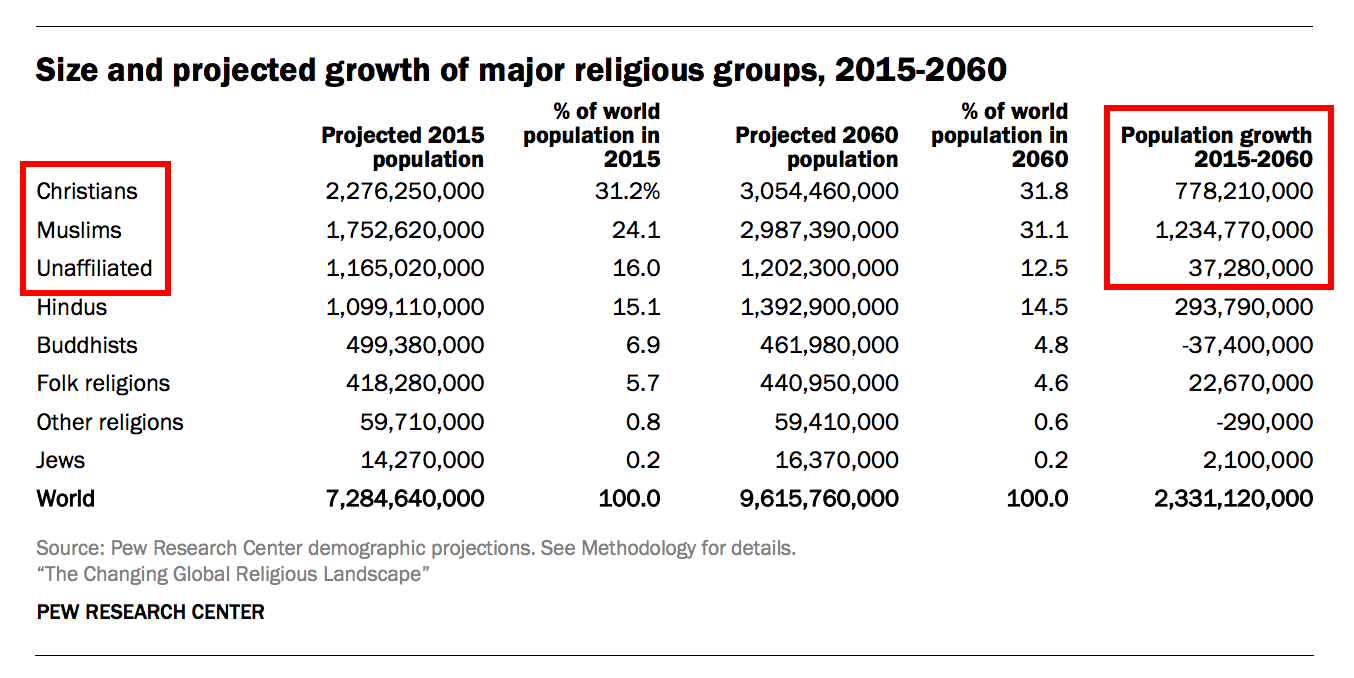 3) Once again, the Unaffiliated will have a modest increase in overall numbers, but we’ll see a drop as a share of the global population. 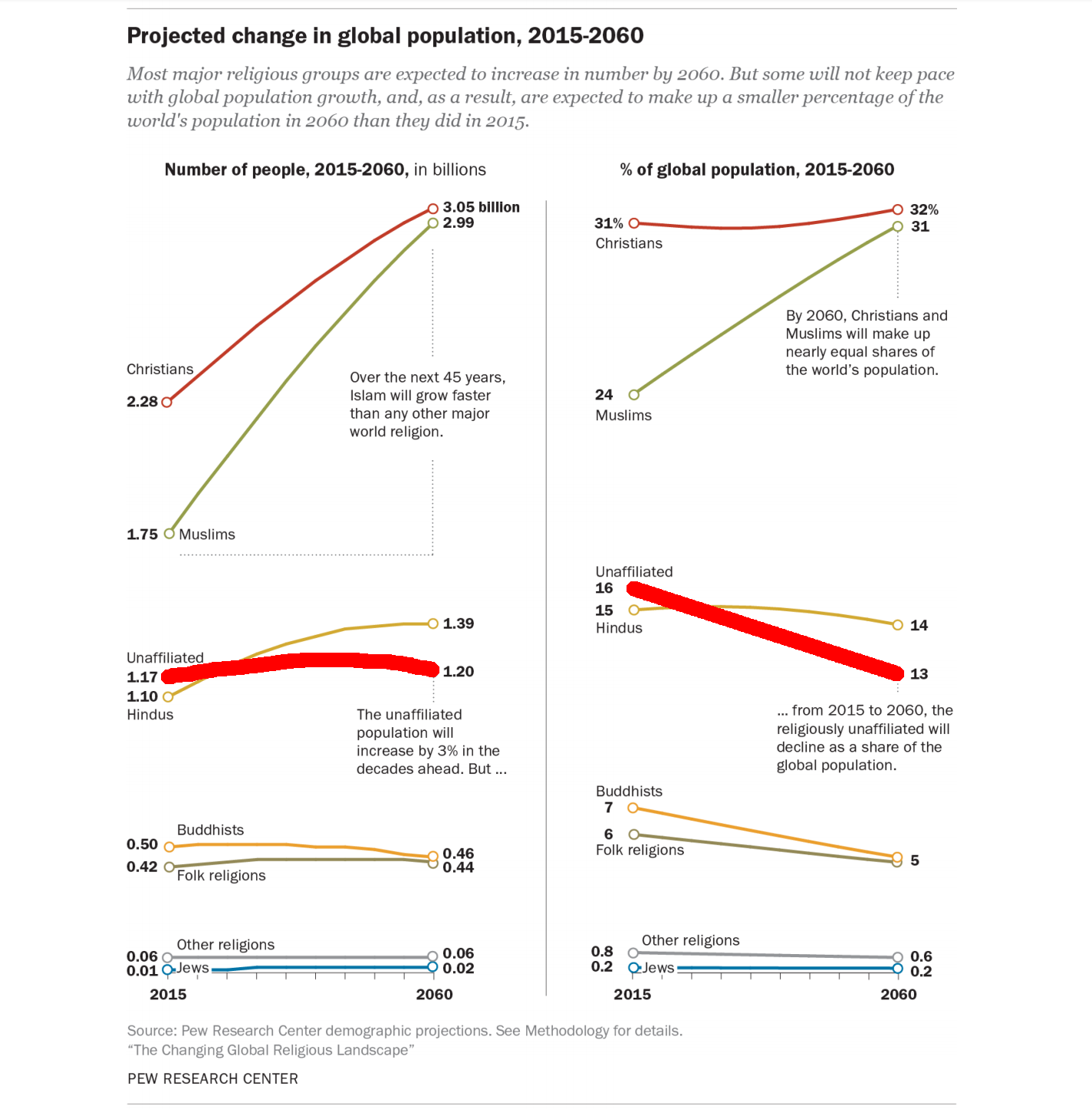 4) On a brighter note, when it comes to people who change religions as they get older, we crush the competition. 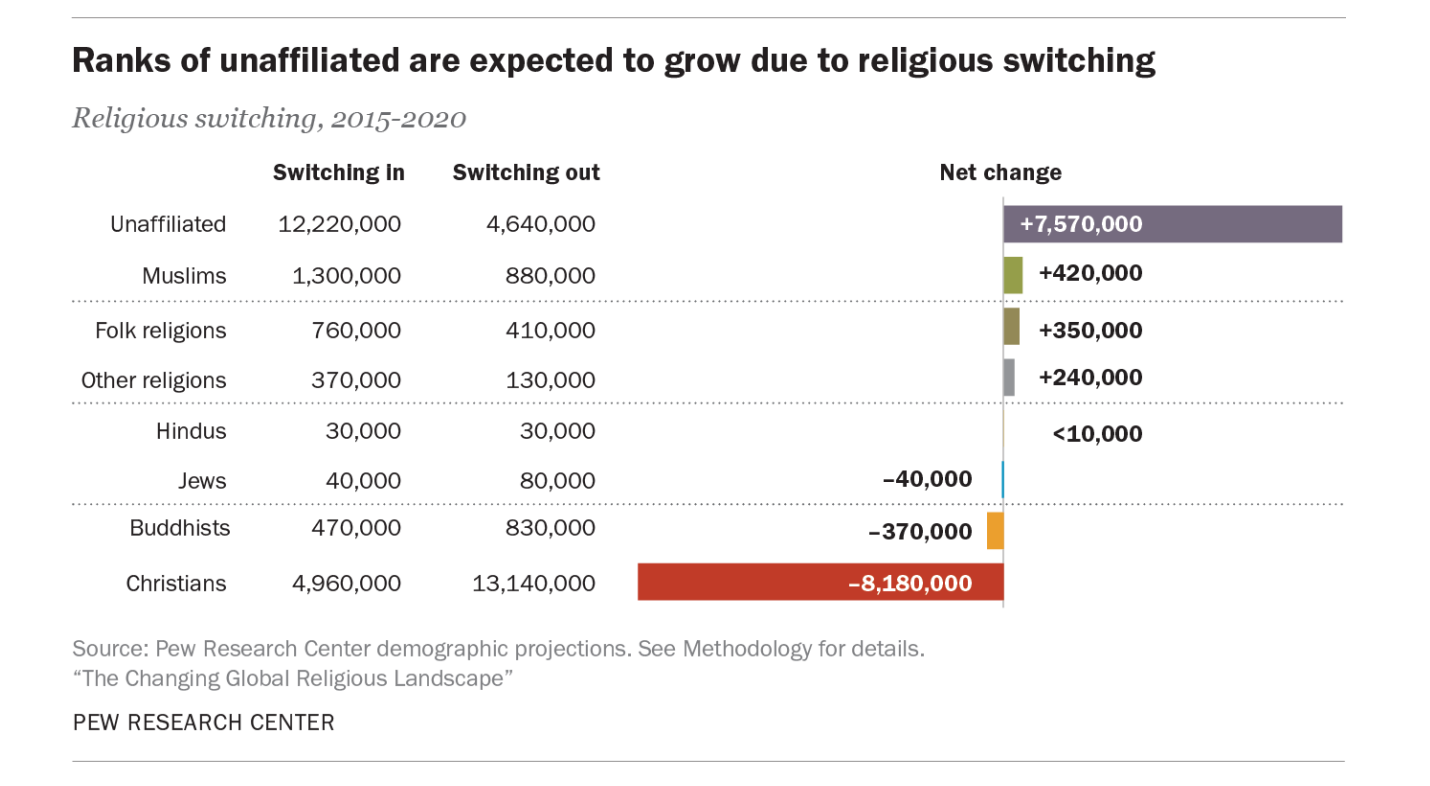 Those numbers pale in comparison to the number of kids born to religious parents, but it suggests that people (mostly Christians) who think through their birth faith and decide to leave it often end up in our camp.

Between 2015 and 2020, Christians are projected to experience the largest losses due to switching. Globally, about 5 million people are expected to become Christians in this five-year period, while 13 million are expected to leave Christianity, with most of these departures joining the ranks of the religiously unaffiliated.

The unaffiliated are projected to add 12 million and lose 4.6 million via switching, for a net gain of 7.6 million between 2015 and 2020. The projected net changes due to switching for other religious groups are smaller.

5) Where do the Unaffiliated live? By and large, Asia and the Pacific. 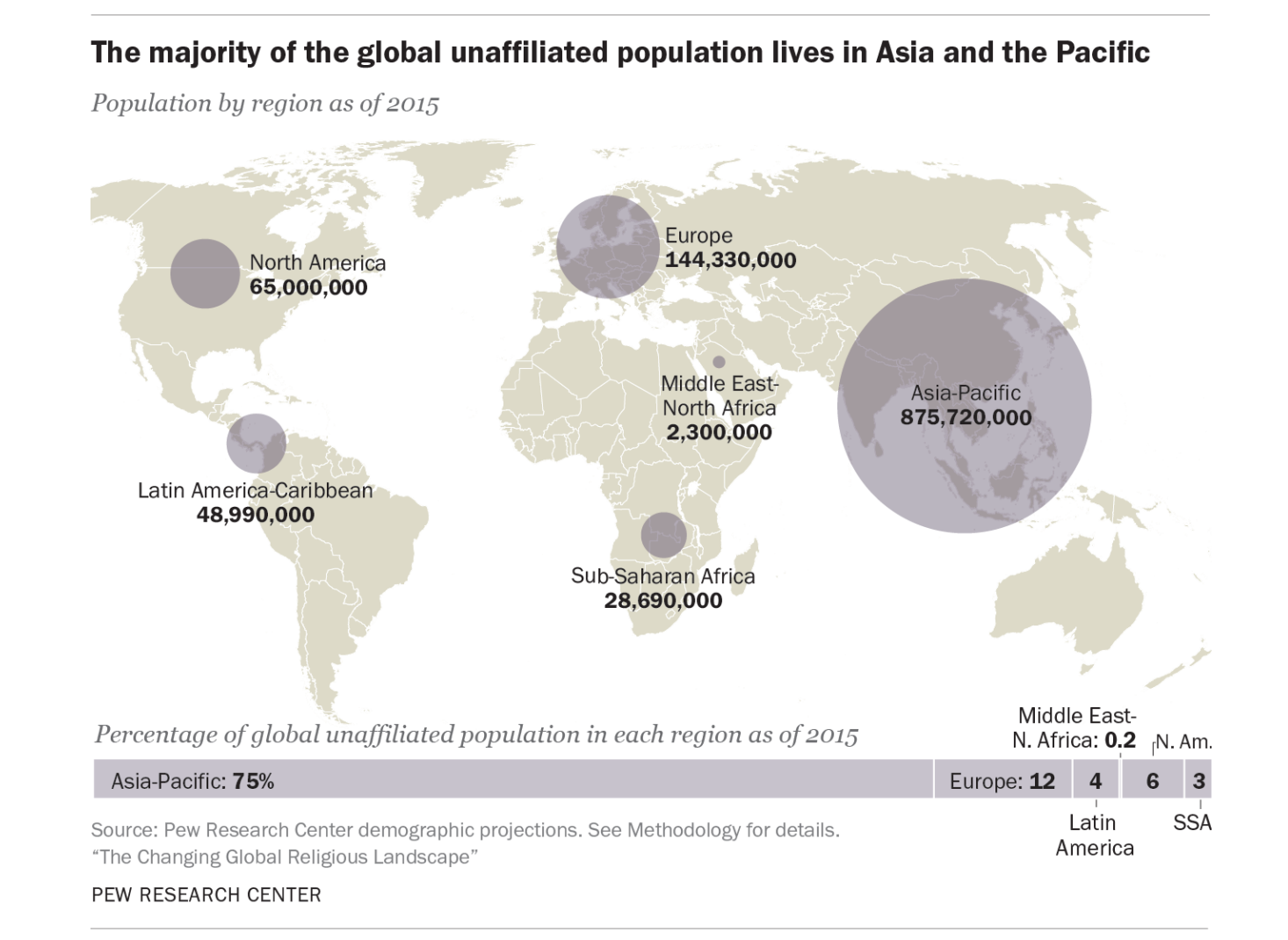 To be fair, though, China is huge and that massive number of Nones represents a lot of people who believe in supernatural ideas. They’re just not part of a traditional organized religion.

6) Because of the global trends, the Unaffiliated numbers in Asia-Pacific are going to drop precipitously in the future.

I should point out that Pew deserves a lot of credit for not using the phrase “Christian babies” and “Muslim babies” throughout the report. As they say — and as Richard Dawkins has argued for years — it would be irresponsible to assign a religious label to a baby who’s never thought about the subject before, just as we would never use the phrase “Republican infant.” It’s far more honest to describe them as “children of Christian parents” or some variation of that. (The New York Times, however, went with the irresponsible phrasing for its headline.) 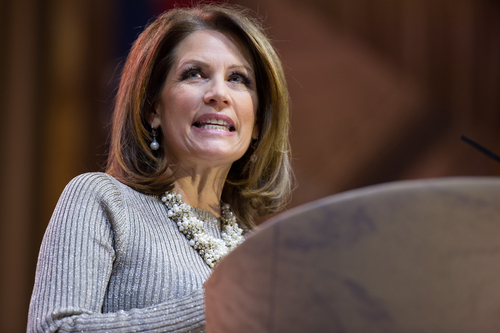 April 5, 2017 Michele Bachmann: Liberals Are Hastening the Arrival of the Antichrist
Browse Our Archives
What Are Your Thoughts?leave a comment