Kevin Sorbo’s Next Faith-Based Movie Is About the Pledge of Allegiance Without “Under God” April 1, 2017 Hemant Mehta

It was just two weeks ago that I posted about the latest awful movie starring Kevin Sorbo. He was once the atheist professor who accepted Christ in God’s Not Dead. Now, in the upcoming Let There Be Light, he was going to play an atheist author who eventually accepted Christ.

Turns out that’s not the only movie Sorbo is working on, and the next film he’s about to start shooting is barely different from the others. 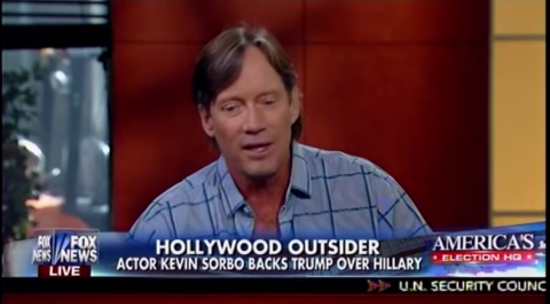 One Nation Under God, which begins filming on April 8, is all about a Louisiana magnet high school where they don’t say “Under God” in the Pledge of Allegiance. When a new student challenges the policy — cue the Christian hero — he has to convince his moderate teacher (played by Sorbo) and the policy-defending principal (Casper Van Dien). The debate even reaches the presidential campaign where one of the candidates (Antonio Sabato Jr.) happens to be an alumnus of the school and gets in trouble for promoting faith in school.

“The script is fantastic and the message is incredibly compelling in what it stands for,” said Sabato. “I believe in and respect everyone’s right to express their opinions, no matter what those opinions are. The First Amendment guarantees us that right, but there are many who feel differently — that our freedoms should be restricted. While people around the globe continue to struggle for freedom of speech and religion, ‘One Nation Under God’ reminds us, through its simple story of one young man who questions the system, that our basic freedoms must often be defended if we want to keep them.“

You don’t get to give the Braveheart speech to a group of people who have a history of suppressing the rights of others. In terms of First Amendment violations, Christians being unable to proselytize through the Pledge is nowhere on the list.

And in this case, where the Pledge just reverts back to its pre-1954 wording, there’s no need for the Persecution Complex to emerge.

Kevin Davis at Peacock Panache sums it up well: 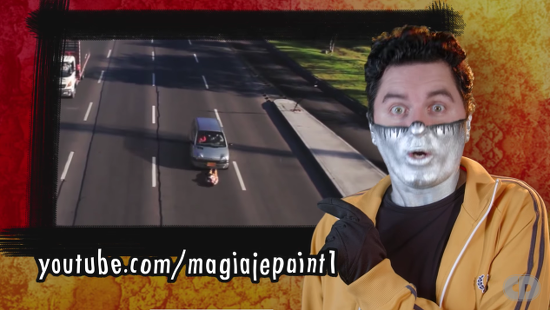 April 1, 2017 Captain Disillusion Explains the Secret Behind Those Traffic-Dodging Videos
Browse Our Archives
What Are Your Thoughts?leave a comment