With #HangAyazNizami, It’s Clear the Anti-Atheist Sentiment in South Asia is Getting Worse March 26, 2017 Hemant Mehta

With #HangAyazNizami, It’s Clear the Anti-Atheist Sentiment in South Asia is Getting Worse

Just over a week ago, an Indian atheist, H. Farook, was hacked to death by assailants who were furious over posts he made to a WhatsApp group and Facebook page.

Things haven’t gotten any better in the region since then.

Ayaz Nizami and Rana Noman, two Pakistani atheists, were arrested last week on charges of blasphemy — because of things they posted on the Atheist & Agnostic Alliance Pakistan Facebook group and an online forum for the Council of Ex-Muslims of Britain. Another person is said to have been arrested as well. (This came days after government officials asked Facebook and Twitter for help in identifying so-called blasphemers, though neither company has said it would comply with the request.) 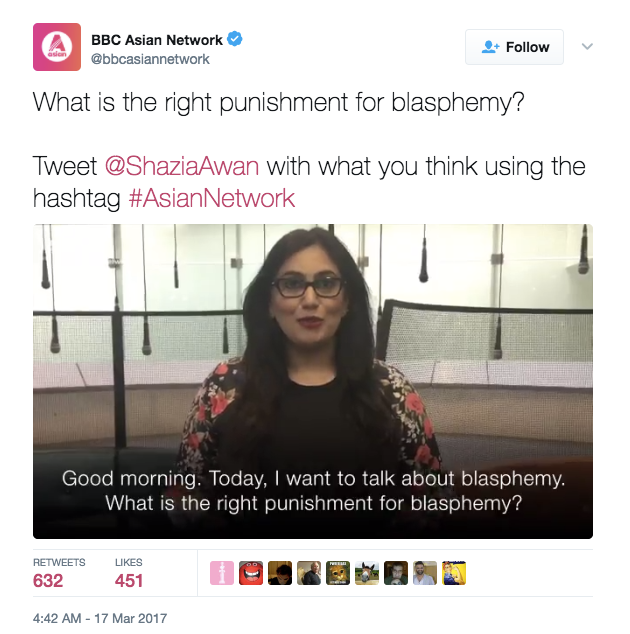 They got significant pushback on that, at least, and later apologized.

Perhaps the scariest reaction to all this talk of “blasphemy” was the fact that #HangAyazNizami was trending worldwide on Twitter over the weekend, calling for one of the accused blasphemers to be executed. 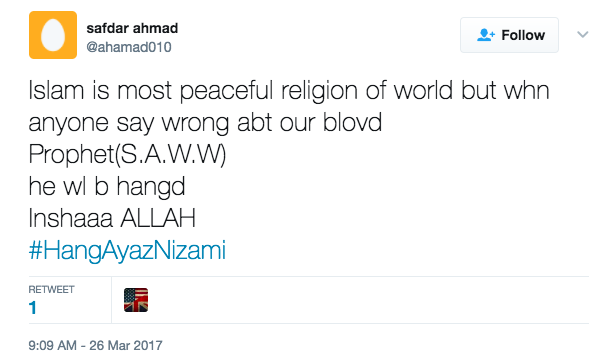 One writer at The Ex-Muslim calls for more moderate Muslims to openly, loudly condemn prosecution of those who criticize their faith, adding that ex-Muslims are not going to back down anytime soon:

These centuries old traditions of persecuting and murdering dissenters and reformists continues unabated while the absence of secular partners in the Muslim world is lamented. How could such partners exist or gain strength when the violence against us has been so chillingly effective and the silence of our erstwhile allies remains deafening.

Despite that, Ex-Muslims around the world are finding their voice for the first time and speaking up ever more confidently. There are underground or public Ex-Muslims organizing in every Muslim country or community and we do not intend to retreat from the challenge before us. The choice for the rest of humanity is whether the burden to achieve that future is borne by the persecuted alone or shared by all.

Remember what all this is about: Words.

Critics of Islam (and religion as a whole) dared to state their beliefs publicly, and both hard-line Muslims and government officials believe they should be arrested, jailed, or executed for it. So much for being a religion of peace. More Muslim leaders in those countries have to speak out in defense of the critics or these actions will continue. Governments around the world must repeal their blasphemy laws in defense of free speech. No one deserves to be physically harmed for anything they say or think.

It’s been said that blasphemy is a victimless crime, but it’s becoming abundantly clear that there are victims: The people who do the supposed “blaspheming.”

One small way to show your support of the blasphemers is by using the hashtag #FreeAyazNizami, as many ex-Muslims are doing. 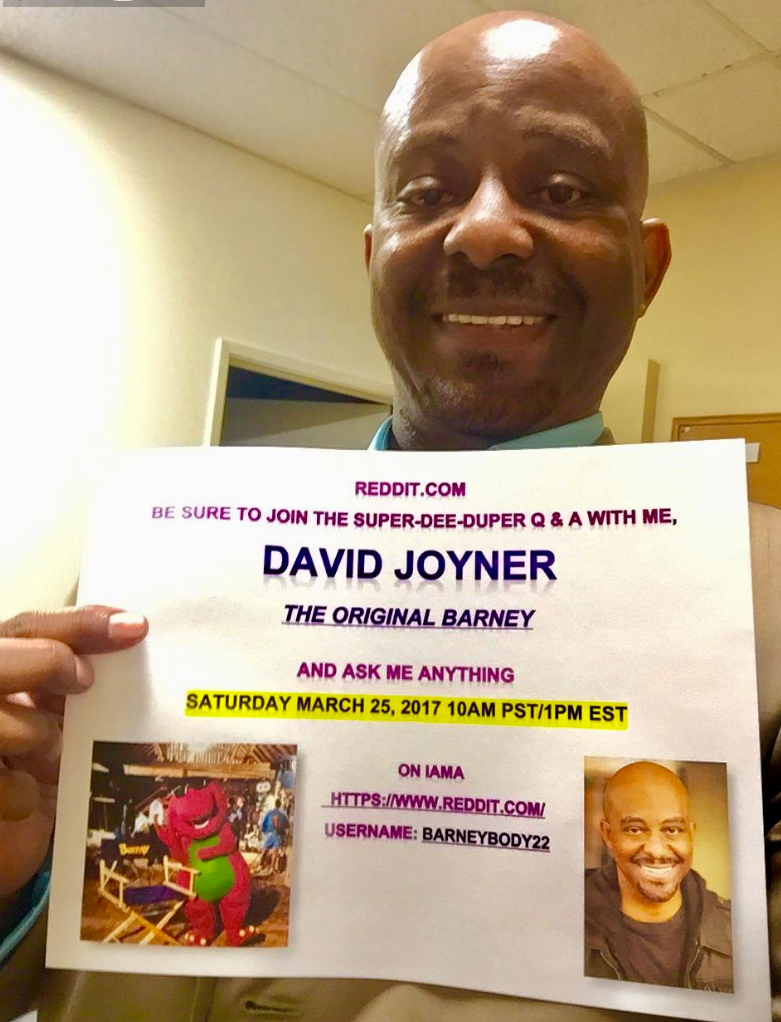 March 26, 2017
Now It Can Be Told: Man Who Played Barney the Dinosaur Took the Job Because God Chose Him
Next Post