The Most Hated Woman In America: A Review of Netflix’s Film About Atheist Madalyn Murray O’Hair March 24, 2017 Hemant Mehta

The Most Hated Woman In America: A Review of Netflix’s Film About Atheist Madalyn Murray O’Hair

***If you know nothing about Madalyn Murray O’Hair’s history, then there are spoilers below***

Today, Netflix released The Most Hated Woman In America all about Madalyn Murray O’Hair, the founder of American Atheists who was best known for her successful fight to end mandatory Christian prayers in public school. (The Supreme Court consolidated her case with another one, Abington School District v. Schempp, and ruled in her favor 8-1 in 1963. Ever since, conservatives have been complaining, falsely, that prayer isn’t allowed in public schools.)

It’s a surprisingly positive portrayal of a woman who was hated for being a progressive feminist contrarian long before any of those things were fashionable. 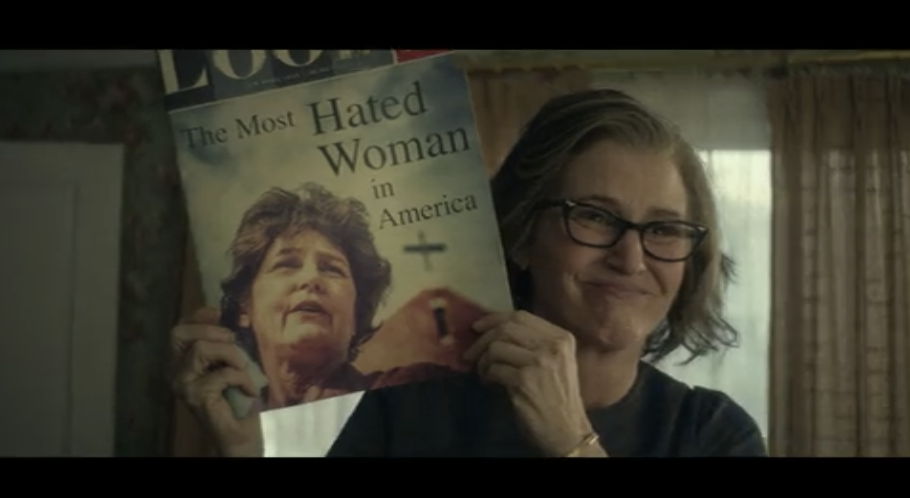 Make no mistake: This movie isn’t a commercial for atheism. It’s a story of a complicated woman, played by an excellent Melissa Leo, who infuriated both religious conservatives (for obvious reasons) as well as atheists in her own inner circle (for a variety of different reasons).

She was so polarizing that her own son Bill — the plaintiff in the Supreme Court case that made O’Hair famous — eventually grew away from her and became a conservative Christian. She reacts to that “betrayal” in the film by saying Bill “sold out to the highest bidder.” (Bill Murray currently runs the Government Is Not God PAC for social conservatives. He did not reply to my request for his reaction to the film, though he has a long-standing policy of not commenting about his mother.)

O’Hair’s activism came to an abrupt end in 1995 when a former employee, David Waters, kidnapped her, her other son Garth, and her granddaughter (Bill’s daughter) Robin. Waters wanted money he knew O’Hair kept in offshore accounts. Even after receiving a large portion of that cash, amounting to hundreds of thousands of dollars, Waters and his accomplices killed, then dismembered, the family. (Waters was eventually discovered and sentenced to decades behind bars. He died of lung cancer in 2003.)

It was a tragic end for one of the most notorious church/state separation activists we’ve ever known.

The movie itself goes back and forth between scenes of the kidnapping and flashbacks of O’Hair’s life. What’s striking, though, is just how much you want to root for her along the way. Sure, she’s brash and infuriating at times, but look at what she was fighting for: She spoke out against segregation. She criticized Vietnam. She was an outspoken feminist. She wanted religious liberty for everybody and that meant keeping government and faith separate. She even hired Waters, who had already spent time in prison, because she wanted to give him a second chance.

Her generosity toward strangers didn’t stop there. When American Atheists employee Roy Collier urges a journalist to write about O’Hair’s kidnapping — because the cops weren’t doing anything — he talks about how O’Hair was the only person in Texas who accepted him as a gay black man.

At one point in the film, we also hear excerpts from O’Hair’s most famous speech, in which she espoused her beliefs as an atheist:

Take away her notoriety and she’d be a goddamn hero. (Hell, you have to wonder what her legacy would have been if she hadn’t been so abrasive. Or if she were a man.)

It’s hard to argue with most of her positions now, but 50 years ago, they weren’t so well accepted. She didn’t care. She was loud and proud, anyway, and that’s why Life magazine once called her “the most hated woman in America.”

So was she simply misunderstood? No. She had a tight-knit inner circle that kept getting smaller and smaller because of her own actions. The movie makes a big deal about how her dogs were left home alone after the kidnapping, suggesting something bad really happened to her. As one character says, she loved those dogs more than her own family. Dogs don’t betray you.

She could be crude, insulting her own family members and often letting her ego get the best of her, and the film doesn’t ignore that. Nor does it ignore how she used her fame to make herself a lot of money.

But nothing she did in life was justification for how it was ended prematurely.

As with any film “based on a true story,” there’s a lot left out and plenty of details altered. A story in today’s San Antonio Express-News does a good job explaining what really happened to the family.

The most jarring aspect of the film to me is how long the O’Hair family was missing before anyone began seriously investigating the matter. As we hear several times, including from the kidnappers, why would anyone mourn the loss of an infamous atheist? It takes weeks before anything happens and there’s no telling if the family could’ve been saved had investigators taken action more quickly. (How long would they have waited to start investigating if a famous pastor disappeared?)

This film won’t make anyone an atheist, but it was never about that. It will, hopefully, help some people understand the sort of backlash atheists have to deal with, even today. We might not all get death threats on a regular basis, but even less antagonistic atheists (myself included) have been on the receiving end of some frightening messages. That’s the price we sometimes pay for speaking out against the Christian majority.

O’Hair was a lightning rod, even if you take away the circumstances of her murder, but atheists today owe her a debt of gratitude for taking the brunt of the backlash for such a long time. I doubt Richard Dawkins or Christopher Hitchens ever had to deal with the level of vitriol O’Hair saw.

It’s actually nice to see a more human side of her in this movie. While her public persona may have been nasty, she’s someone who loved her family (unless they crossed her), refused to stay on the sidelines on issues that mattered to her (despite being a single woman in the 60s), and fought for what she believed (no matter how unpopular).

We don’t normally hear about that side of her life, but this film goes a long way in making her a more sympathetic character than we’re used to seeing.

You’ll want to make some time this weekend to watch the movie. 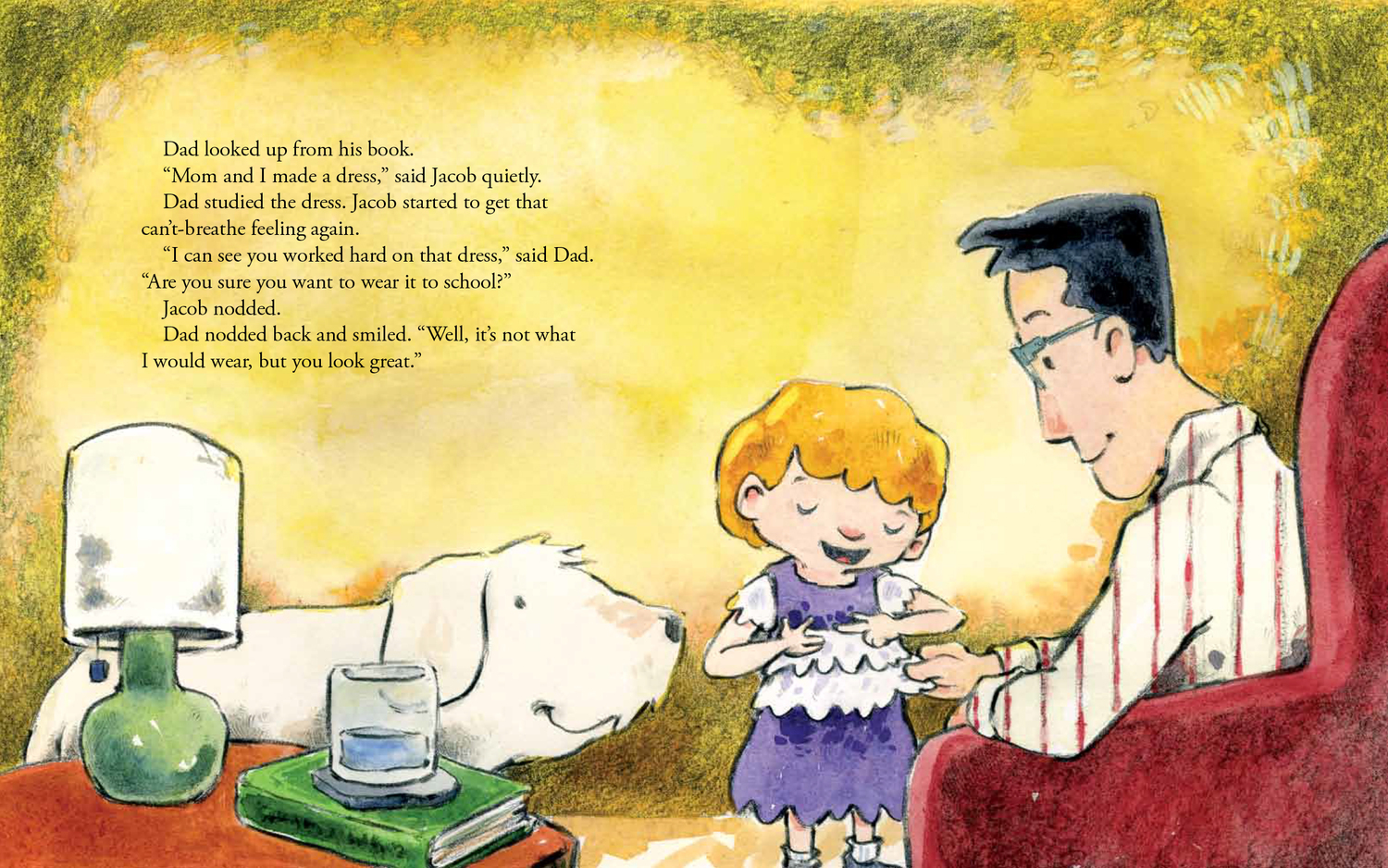