Brazilian Soccer Star: God Forgave Me for Torturing My Girlfriend and Feeding Her Body to Dogs March 23, 2017 Hemant Mehta

Brazilian Soccer Star: God Forgave Me for Torturing My Girlfriend and Feeding Her Body to Dogs

Things are going well for Brazilian soccer player Bruno Fernandes de Souza. After receiving a 22-year prison sentence in 2013, he was recently released after serving less than 7 years, and he’s already been signed to a two-year contract with a new club. Everything is finally getting back to normal! 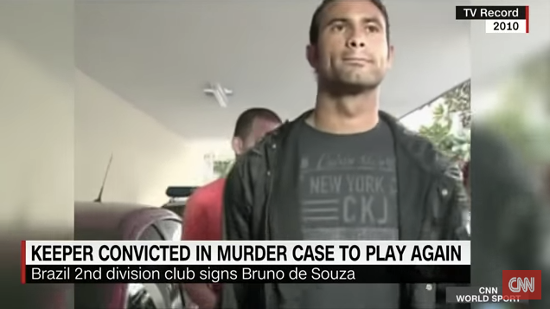 In his first major interview since being released from prison, 32-year-old Bruno Fernandes de Souza said: “What happened, happened. I made a mistake, a serious one, but mistakes happens in life — I’m not a bad guy.”

“People tried to bury my dream because of one mistake, but I asked God for forgiveness, so I’m carrying on with my career, dude,” he said, according to the Guardian.

There you have it. God forgave him for his “one mistake.” All is right with the world again.

If only we knew what that “one mistake” was…

The star goalkeeper was sentenced to 22 years in prison in 2013 for his involvement in the murder of former model Eliza Samudio. The two were engaged in a paternity dispute over a child they conceived in 2009, while Bruno was still married. When Samudio began demanding child support payments, a group of Bruno’s friends kidnapped the young woman, tortured her, and fed her dismembered body to Rottweilers.

That’s one mistake? That’s the most generous rounding down I’ve ever seen…

What’s really disturbing is how God just magically forgave him for all of it.

That’s the problem with the Christian notion of forgiveness, isn’t it? Everyone can have it if they just believe. It doesn’t matter the severity of their crimes.

Bruno, in my mind, should still be in prison. It’s hard to believe he’ll soon be making money playing a game. But according to his own theology, he’ll eventually wind up in Heaven. Presumably next to his victim (who will no doubt be thrilled).

Tell me again how atheists are the ones incapable of knowing right from wrong? 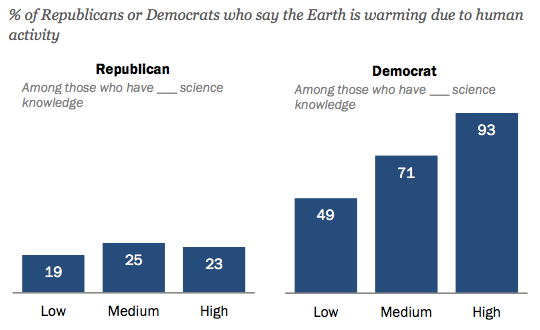 March 23, 2017
Does Knowing More Science Lead to a Better Understanding of Climate Change? Not For Republicans
Next Post 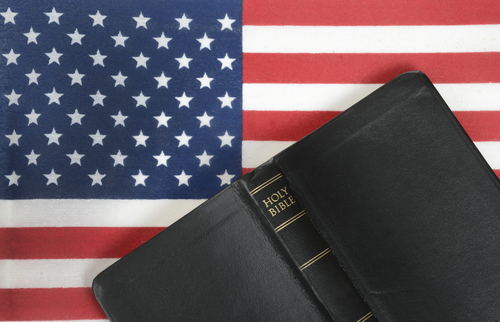